Saint Joseph's Prayer Book, compiled by Sr. Anne Sophie, for everyone including those who need larger print: an entire array of prayers: morning prayer, prayers to saints, prayer to your angel, prayers of hope, faith, reflections from saints, grandparents' prayer, St. Augustine's prayer to the Holy Spirit, prayers of mercy, the Scriptural Rosary, litany of the Blessed Mother, Anima Christi, praises, prayer for the holy souls, and much more!  CLICK HERE

ON THE BRILLIANT SLOPES OF THE ITALIAN ALPS, A SKI INSTRUCTOR BEFRIENDED A MYSTIC NAMED JOHN PAUL II

What's it like to ski with a mystic? And what if the mystic was the Pope?

That was the reality for Lino Zani, a ski instructor and guide in the Italian Alps, where he met and befriended John Paul II (an avid skier and lover of the outdoors).

It was an acquaintanceship filled with actions and symbols -- signs -- that spoke volumes about faith, about goodness, and about nature. (We'll get to the mysticism in a moment.)

Striking it was to watch the Pope celebrate Mass on a special granite altar they built for him at a historic mountain pass -- to see the remarkable power behind this special Pope's liturgy (elevation: ten thousand feet).

"There is one photo that, better than any words, sums up and symbolizes all of this, that of the Pope lifting up above the pure white snow a consecrated Host of equal whiteness," writes Zani in a new book, The Secret Life of John Paul II.  "Once again a surreal silence had descended around him, a silence filled only with the rapid beating of hearts. How happy the Pope was that day! A short time earlier, he had spent a few minutes absorbed in silence out on the terrace, looking straight in front of him Cresta Croce... at the Cross."

The Pope could contemplate and pray for hours. And those around him could feel the power of that.

As his beatification approached, Zani thought of the signs of holiness and when he did, prayer time with the Pope -- with John Paul II! -- came to mind.

"It was as if he took hold of the hearts of those present -- as if he changed the structure of space and time. It could have been a few minutes or a few hours, but afterward one had the sense that everything had happened fast, like lightning."

Giving a replica of the Black Madonna of Częstochowa to Zani's mother, John Paul II said: "This Madonna will be with you always, she will protect your whole family and help you in every circumstance in which you need her." It is a message also for all of us.

On February 11, at World Day of the Sick, says Zani, "I observed something that escaped my understanding. He approached some of the sick with a different state of mind. In evaluating the suffering person in front of him, he seemed to be following a code entirely his own, like a radiologist who is able to diagnose a condition through the parameters of his own exclusive expertise. He would mysteriously 'select' some sick people, often those in whose anguished eyes he perceived some special pain or suffering. He tried not only to transmit hope and courage to them, but also to fill them with a deep sense of participation in a shared suffering." Whew!

In the following excerpt Zani describes an encounter between Pope John Paul II and a local boy he befriends on the slopes. He then offers a glimpse into spontaneous moments of mystical prayer that were a common occurrence during the Pope’s ski trips in the Italian mountains.

"Sometimes during the winter the Pope went skiing, even just for a day, on the mountains of Abruzzo, in Pescasseroli or Ovindoli, or on the nearby Mount Terminillo.

"I would accompany him sometimes, and we would put our skis on right away and ski for hours, at any pace, with tremendous pleasure. Most of the time the few people we saw didn’t even recognize the pope, dressed in athletic gear and with his eyes concealed by sunglasses. Now and again something really funny would happen. I remember one morning when we passed a boy of about eight years old a couple times on the ski lift. He kept looking at the Pope, who smiled gently at him. At certain a point, after two or three runs, the boy came up to us and asked him point-blank, 'Are you the Pope?'

"They rode up together several times, one behind the other on the little seats, while I just enjoyed the incredible scene from a distance. I remember that at a certain point the boy went over to his mother, who was sunning herself in a chair down in the valley near the bottom of the ski lift, and shouted, 'Mom, did you know I’m skiing with the Pope?'

"The lady just shook her head … John Paul II was highly amused, and late in the morning he wanted to go say hello to her … I will never forget that woman’s flabbergasted expression—even today, she must wonder if it was all a dream!

"What were not dreams at all, but intense moments of prayer and meditation, were the moments I saw over and over again, always in the mountains and always after a sudden decision of his. He may have been joyful, bubbly, invigorated by our skiing, but all of a sudden his expression would change and turn somber, as if something was deeply troubling him. As usual, the Holy Father would speak in Polish with Don Stanislao [Dziwisz, his secretary], who would ask me, 'Lino, let’s look for a good spot, John Paul wants to be alone for awhile.'

"He usually preferred spots with views stretching out to the horizon, where he could put himself in the presence of the infinite. And that anguished immobility always came back, that capacity of ascetical concentration that I have never seen any other human being maintain for so long. I believe that in those moments, which I witnessed in silence and with profound respect, he had genuine prophetic visions. At times, in fact, the Pope came out of these meditations with a very troubled expression, in great distress, as if seized by preoccupation. In those cases Don Stanislao immediately approached him, and spoke with him quietly and in Polish.

"I remember one time in particular when I witnessed a dramatic scene of this nature. I saw him come out of that sort of 'ecstasy' in great agitation, shaken to the core. He and Don Stanislao spoke privately for a long time, and then we hurried back to where we were staying. It was summer, they were on vacation, and I had joined them there. By that time I understood immediately that something bad was about to happen.

"A few hours later, the Iraqi army invaded Kuwait with one hundred thousand men and three hundred tanks, overcoming all resistance by the Emirate in a few hours. The emir of Kuwait, Jaber III Al-Ahmad Al-Jaber Al-Sabah, went into exile in Saudi Arabia with his family, while his brother Fahd was killed along with two hundred other persons. The Gulf War had begun.

"At the time, I didn’t ask myself too many questions. Instead, I started to observe and accept everything that was happening before my eyes with naturalness and also in a spirit of faith. Now that various miracles have been recognized and attributed to him, I no longer have any doubts: in those moments, the man to whom I was bound by the greatest affection was no longer a mere man, but was 'exercising' to be a saint, and foreknowledge, of course, is one of the virtues of the saints." 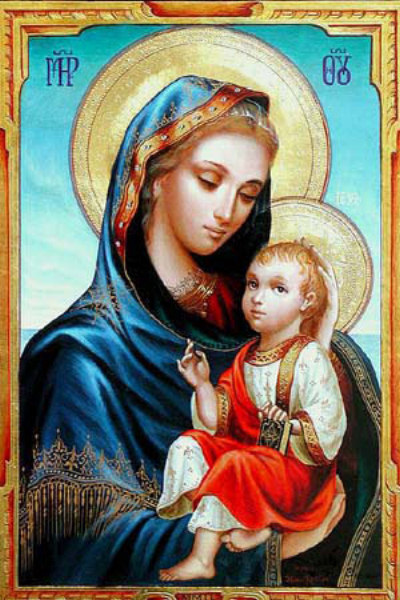