FROM THE ARCHIVES: COUPLE CONVERTED TO CATHOLICISM AFTER SPIRIT PLAGUED HOUSE 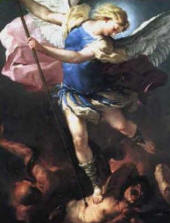 A crisis in our Church is how seldom Holy Water is promoted.

Homes should be blessed inside and out -- from basement to attic, and the grounds outside. This helps to purify our circumstance. Otherwise, forces unseen can exert an influence.

Objects can carry power for good or evil, including homes (which can be a blessing or a problem), and for this we go to the testimony of a viewer from Massachusetts, for your discernment:

"I'm from Newburyport," Pamela Smith recently wrote us, "and I read with great interest your article about the 'curse' entering homes in a variety of ways. I couldn’t agree with the reader who said that people should be careful buying antiques – including antique homes.

"These items can very easily come with a curse. If someone buys an antique home the home should be blessed as soon as possible by a priest room-by-room, preferably before the new owners move in.  Antique homeowners should be extra cautious and should bless their homes with Holy Water and Blessed Salt monthly as well as burn blessed incense.

"Antique homes and antiques are 'magnets' for dark energies. Bless antiques before they ever enter your home! We have first-hand experience and know what we speak of...

"In 1993, when we were in our mid-twenties, my husband and I bought a beautiful 300-year-old antique home in Newburyport (a community nationally esteemed for its First and Second Period architecture).  This home had been painstakingly restored and 95 percent of its original timber, woodwork, hardware, original plaster walls, and ceilings had been preserved. What was not original had been reproduced exactly using 18th-century hand tools.

"The home had never had plumbing until the 1980s. When we bought it, the dining room still had not been electrified. The front Georgian entryway alone won a Congressional award for its restoration. It is a registered national landmark and has been featured in many books, calendars, and note cards, and has been painted by famous artists.

"The home’s inhabitants were equally impressive. The chain of title to this home reads like a 'Who’s Who' of Revolutionary maritime history. It is the quintessential Georgian sea captain’s home. Almost every impressive ship owner or Revolutionary ship captain in the area owned or lived in this home. One sea captain was lost at sea while owning it. It even has one of the 'haunted,' secret tunnels of Newburyport in the basement that leads all the way down to the waterfront – used for smuggling.  Someone wisely bricked the entrance closed at some point.

"Anyway, we were in love with the house, of course, and got it for a 'deal' because of the real estate recession and immediately began buying beautiful antiques and settling in for what should have been a great life.

"However, behind the beautiful façade and landscaping, this home was beset with tangible, negative forces: cold, dead pockets of air in rooms that people never wanted to be in and 'presences' that could be felt walking around the house.

"Even the dog would bark and growl and follow the presences throughout the house.

"When the children were quite small they would be standing up in their crib and 'watching' things move around their bedrooms.

"Original, heavy iron latches on doors would move and the doors would swing open. Balls of light would float around the original, huge walk-in cooking fireplace. 'Something' that 'lived' in the wine cellar angrily told my husband to 'Get Out!' one day.

"Flashes of light would go off constantly at night, every night, in our bedroom throughout the time we owned the home. The bedroom was impressive and possessed solid walls of original raised wood paneling with the doors 'cut' out of the paneling and original hardware and fireplace. It would have been used for meetings as well as a bedroom.

"We would be woken out of our sleep by the sounds of boxes being moved across the floor of the attic above us. Most unusual, the attic was 'finished off' back in the late 1700’s, the walls made of costly bead board paneling and with names of people carved in wood.

"Antiques bought for the children as they grew would cause nightmares. We bought a 1700’s rope bed (and roped it) for our son. He started spiking mysterious 104-degree fevers. We were constantly rushing him to the hospital. He started telling us about the people who would come and play with him when he was sleeping. After about a year of this, we got rid of the bed, and the fevers and 'visits' stopped.

"We had bought the house from a couple who had been experiencing financial difficulty. We ended up meeting some people who knew them and said that the prior owners were desperate to get out of the house because everything began going wrong for them when they started living in the house.

"Within six months of our moving into the house, we also began experiencing weird financial difficulties.  These would continue until we moved out.

"We were at our wit’s end about the house and our belief that it was causing us financial difficulties.  After a sudden, fascinating, and almost unbelievable intercession by the Blessed Mother, and solely on the strength of that intercession (yes, it was that powerful), we converted to the Catholic faith. 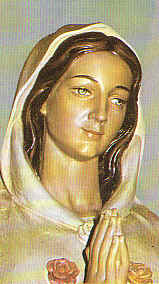 "After our conversion, the house’s attacks on us increased. Prayer would cause it to abate for a bit, and we didn’t understand at the time the use of Holy Water and Blessed Salt.

"When we finally decided to sell the house, the house was angry. We could feel it. We prayed for protection and deliverance. We prayed for the future owners. We told our broker about what went on the house.

"She wasn’t surprised. She said every psychic will tell you that Newburyport is more haunted that Salem.

"How seriously did we take the curse of this 'beautiful' antique home and the costly antiques we filled it with?

The weekend prior to the closing of the sale we put everything we owned -- yes everything, except our clothing and family pictures -- out on the sidewalk with a 'free' sign.

"Local antique dealers quickly found out and descended. They were dumbfounded by what we were doing.

"Everything was gone in one and a half hours. Towels, bed linens, pillows, and personal care items were thrown out. We were taking none of it into our 'new life.'  I dropped off our clothes at a local laundrymat to be cleaned.

"We stayed with my mother for the two weeks between the sale of our old home and purchase of our new home. Before I would let any of my family walk through the front door of the new house, I hired a cleaning crew to do a heavy duty cleaning. We purchased the 'Spiritual Warfare' kit (the one with the blessed rocks for the four corners of the property). My husband bought a surveyor’s tape and walked the property line and laid the rocks while saying a prayer. Every corner, window sill, and closet was sprinkled with salt and Holy Water used throughout. And that was before the priest arrived.

"And you know what?

"Our financial problems and attacks ceased from the time we moved out of the old house and have not returned. In the two years since we sold the old home, we have driven past it many, many times and have noticed that the house is falling into a state of disrepair.

"The roof is nearly gone, the shrubbery has been dying, the chimney is tilting, and there is debris and a broken down car in the driveway. I keep these people in my prayers, but like us all those years ago, they fell in love with a 'beautiful' historic home."

We'd like to send them some Holy Water, and to advise them to have Masses said in the house -- perhaps to cleanse it once and for all.

[resources: Prayer of the Warrior]

[Tell us your experiences]

The Imitation of Mary, by Abbe Alexander de Rouville. No sooner had the incomparable Imitation of Christ appeared than the faithful began to spontaneously wish for an imitation of Our Lady, and finally, in 1768, a monk pulled together a little powerhouse of meditation on the different mysteries and circumstances of her life, from the Immaculate Conception to her Assumption into Heaven! Click here