It is time for Catholicism to regain its full dignity and at the same time to call home -- really call home -- those who have strayed.

We do this not by way of pedantic programs with signs at the entrance of a parish, but by evoking the Holy Spirit.

In South America, in Mexico, in the United States are hundreds of Christian churches that have enticed away Catholics. They keep them by exercising charismatic gifts and unfortunately also by berating Rome. In short, they fill certain voids and then try to defame us.

The time has come to address that.

Across America are mega-churches and corner Christian storefronts alike, often filled with former Catholics, especially our young. Those Catholics gravitate to "non-denominational" denominations because they feel an "aliveness" that isn't present in many Catholic parishes and are often kept away through cult-like tactics.

That's not to say they are all like this. Not true. But too many are. In all likelihood, someone in your family or neighborhood has been influenced into thinking that our Church is not only inferior, but out of line with the Bible (when in reality it was our Church that put the Bible together).

They attack our statues as idolatry (ignoring how God Himself ordered the construction of heavenly artistic representations: see Ark of the Covenant).

They attack the Blessed Mother -- as if she precludes Jesus, as if we sin when we use the Rosary.

They attack saintly intercession -- as if one can not ask for the prayers of others (which is what we do when we go to a saint).

Many of them attack the Real Presence in the Eucharist, our very foundation.

They call the Host a "cracker." They attack the notion of purgatory (despite the Book of Macabees, which they have removed from the Bible). Along with the more radical Lefebvrites, they call Rome the "whore of Babylon" and attack the Pope as the "anti-christ."

In short, they attack everything that sets Catholicism apart from them and anything that might attract a person back.

Once they stray into non-Catholic denominations -- especially "non-denominational" Bible churches -- former Catholics (and there are many millions) are all but brainwashed on how wrong Catholicism is.

While the Church seeks unity with Traditionalists, Orthodox, and other Christian sects, it is all but ignoring the greater and more damaging and more divisive undercurrents coming from those who are often labeled as "born-again" Christians and who assault the Church to keep a hold on its disaffected.

This is also the technique of cults. It can not be allowed to continue without addressing it. We can look the other way, but the fact is that a drop of poison can have a long and even permanent effect.

That's one approach. Our Church must also return to a more overt exercise of spiritual gifts in order to counter the swelling charge of evangelical, Pentecostal, and charismatic denominations. It is how we can measure up to what people spiritually expect: by getting rid of the approach of Pharisees (dry theology), and more closely imitating Jesus. Incredible it is how many seek spiritual help in our rectories but can not find it. Let us be in touch with our hearts. Let us bring the sacraments alive. Let us correct the robotic manner of worship and arid "catechesis" that fills churches only at Christmas or Easter (and often disappoints those who are giving Mass a second chance).

Catholics will return -- when they feel the Holy Spirit. Let the Fire fall!

Throughout history, the essence of Christianity has been under attack. Often, it comes by way of those who puff themselves up through intellect. There were the Pharisees -- who understood the strictures of religion but did not comprehend its spirituality. They were religious but not spiritual. So it was that they rejected charisms and thus sought to reject Jesus. Our Church must be corrected from within because it is often guided by those whose mentality is more in line with Pharisees -- with legalism, with aridity -- than with the active Catholicism that Jesus (healer, exorcist) taught.

Anti-christ? Babylon? They say this about every new pope -- and we can't allow it. It is often included on Christian websites that otherwise provide valuable information.

A tragedy it is. Poison indeed. It is dark.

Unfortunately, it is also effective. 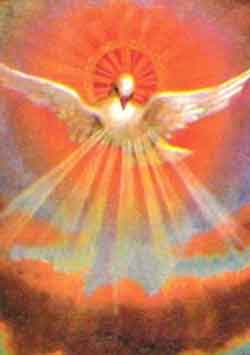 It must be addressed. How to do that is another story. We don't want to continue to ignore it and let it continue to grow (as it has -- so pervasively), and yet neither do we want to put a spotlight on those who utter foul things about Rome. Only the Holy Spirit can guide us. Might the Pope or a Vatican official begin more of a dialogue with these people -- many of whom, again, are disaffected Catholics? Some sort of statement is necessary.

It is not right to stand idly by any longer as we are called names or as the saints (especially Mary) are denigrated.

We must confront it. We must correct errors (lovingly, not with their vitriol). And most of all, we must bring prayer alive, we must let the Holy Spirit move, we must become miraculous again -- through the traditions, through piety, through overt gifts of the Holy Spirit. Christ must be seen as He is: real, visible, and manifest.

If we bring that back, few will leave to begin with.

[resources: Where is that in the Bible?]

As I read about the church closings in Cleveland, I couldn't help but think
about my own parish church in Columbus and the stark contrast it provides.
Have you ever heard about St. Patrick's Church in Columbus, Ohio? All I can
say is that it's an anomaly. The church sits on the edge of downtown
Columbus and no one except the three Dominican priests who serve us live in its
zip code. Everyone who goes there drives past at least one other Catholic
Church to get there. There are families who drive an hour or more to get
there, and they not only do that on Sunday, they do it during the week to
bring their kids to youth group, for meetings, etc. The Masses on Sunday
are standing room only, and the pews are filled with large prolife families,
young people, and older people too. There are always lines for Confession
even though it is offered before every Mass on Sunday, and after every daily
Mass. Every week I see a new face at coffee and donuts after Mass, and we've
put a sign up by the coffee telling people to introduce themselves to one of
us if they are new, so we can welcome them.  The parish center is brimming
with life during the week too. Youth groups, Knights of Clubs, monthly visits to the
abortion center with our pastor to pray, the list goes on. There's ALWAYS
something going on there.

"Now why is this parish in the middle of downtown brimming with life when so
many inner city churches are closing? Because our priests preach the BEAUTY
and TRUTH of the Catholic Church with love and conviction. They are not
afraid to preach about contraception, abortion, gay marriage, and other evils
that afflict our culture. They are also not afraid to teach us how to be
reverent by gently reminding us to take our conversations out of Church to
the gathering area or to dress appropriately in God's Presence. We are fed
and taught there, and the people who come there are hungry. Many are people
like me who were catechized badly and are in awe of the Catholic faith that
they were ignorant of for so many years. Also, our Church is rich
sacramentally. Eucharistic Adoration, abundant opportunities for
Reconciliation, etc.  When I think about St. Pat's, I think of the line from
the movie Field of Dreams: 'If you build it they will come.' I feel badly for
people who's lifelong church is closing, but you can't place the blame on
changing demographics as is evidenced by St. Patrick's. If a Church is
feeding it's parishioners with the life of Christ like St. Pat's is, people
will flock to it. Especially in these uncertain times, St. Patricks is an
oasis in the desert for many of us. If only people could see churches like
St. Pat's, they would see that the Catholic Church is not dying and 'closing
up,' but experiencing the new 'Springtime of faith' that JPII talked about.
If you're ever in Columbus, please stop at St. Pat's.  I really think you'd
like it there.

Thanks for all you do 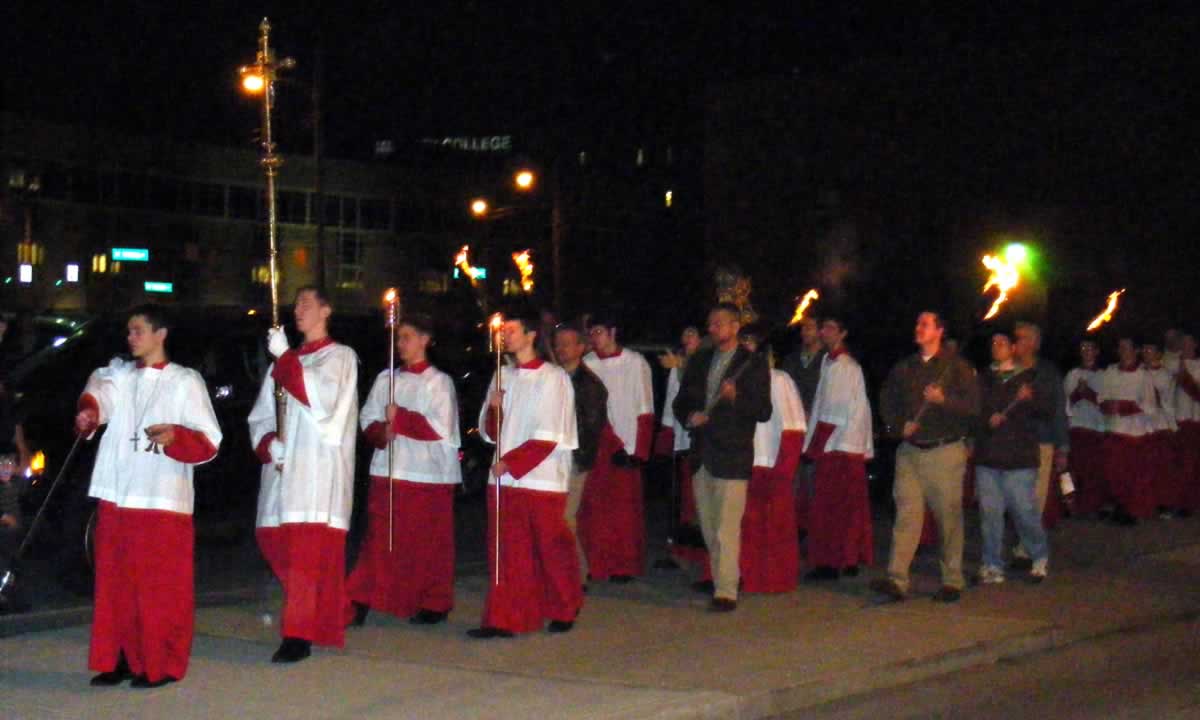