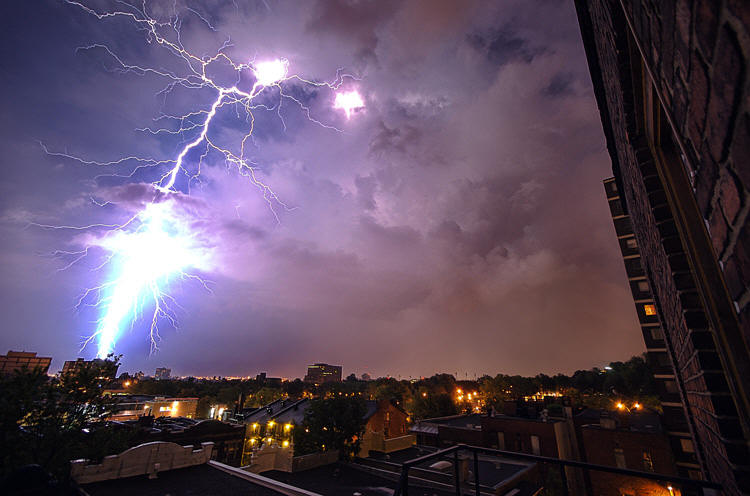 Did you ever wonder why there seem to be "attitudes" -- even facial characteristics -- in clouds?

This is especially true of storms.

Or is it the "adversary"?

With storms, and darkness, it often seems like  demonic rage -- the blackness of summer tempests that hover low overhead heavy with rain or even hail and sometimes dropping the swirl of a tornado (the devil being "prince of the power of the air").

We ran a video this week of a freakishly ominous storm rolling onto a beach in Finland: the pictures speak thousands of words.

Here, the darkness looked evil. Faces seem to rise over the trees.

And one is made to ask whether it's a coincidence that another freakishly powerful storm hit the same region recently. We are informed that "the beach storm was in Hietniemi, Finland, and it left 20,000 without power -- and the day before that there was another bad storm at a major rock concert (Iron Maiden, Motley Crue) in Finland as well."

Motley Crue is a heavy-metal band long famous for a satanic motif. One of their albums is entitled "Shout at the Devil" (although we should also note that despite the evil look they promoted, the band contributed heavily to charity). The lyrics to one song include: "I carry my crucifix, under my deathlist/ forward my mail to me in hell . . ./ Our Father,  who ain't in Heaven/Be thy name on the wild side."

Said a report: "The huge black clouds speeding towards the concert area caused havoc in the area as one of the stages were so badly damaged that it is currently being held up by a crane after huge hailstones and lightning which struck did irreparable damage. The organizers of the concert said in a statement, 'A severe thunderstorm hit (the) Sonisphere Festival in Pori, Finland. Strong freak wind gusts damaged the stages and knocked down tents and fences. Approximately 40 people were injured, two of them seriously.'”

In such cases, is evil conjured by those who dabble with darkness or is evil allowed to unleash on them as a warning or is it simply dark energy empowering a manifestation?

We recall the altar stage blowing over before a papal Mass in New Orleans when John Paul II visited the U.S. in 1987, and also an intense dark storm hitting Toronto just before he said Youth Day Mass there in 2002 -- but breaking into sunshine as the liturgy began.

Many are the mysteries. Why are there good and evil visages (seemingly) hidden in certain photographs (including clouds)? Are we seeing what we expect to see (pareidolia)?

It is an interesting question that also reflects on life. How often do we see what we want to see -- do we choose to see darkness instead of light (or vice versa)?

Only in the Holy Spirit is there the Truth. We know so very little. Mysteries.

Why do some things seem to have hidden messages?

Why does the word "illuminati" spelled backwards (with a .com for the internet: itanimulli.com) bring up the National Security Agency when pasted on the address bar?

Who is playing tricks on whom?

Your guess is as good, or better, than ours.