The Need To Be Freed: In Time Of Benedict, The Accent Is On Prayers Of Deliverance

It's the month we celebrated St. Benedict -- who fights evil -- and so our thoughts turn to deliverance.

I get a lot of mail from people who seek freedom from the devil. All of us need this at various times in our lives. Many are the ways that evil infiltrates and plants itself in our personalities.

The devil attracts us as individuals, as families, as cities, as regions, as cultures, and as nations. We'll be discussing all this, as well as advising use of sacramentals.

The need for deliverance is best expressed by the surge of requests for a book we have been offering, Freed and Healed by Fasting. It's just a simple little book by a nun who once had her own problems fasting, and it describes the power of fasting, especially in the way of protection. As happens from time to time, the demand outstripped the supply, and the book had to be reprinted. In the realm of small Catholic publishers and distributors, this sometimes happens, and is out of our control. We apologize for the delay, and are happy to say that the book is available again, thanks to those who publish it. We are also offering a new and powerful booklet of spiritual warfare prayers and healing.

But this is not an article about books. It is an article about what is behind the surge of interest in such books. Many are noting the step-up in spiritual attack, and at such a time, they want protection. 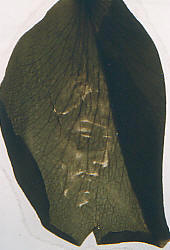 Fasting affords that, although before we are properly protected, we often have to confront the need of deliverance, which in essence means to purge ourselves of the demonic, to "deliver" ourselves from the evil one, as the great prayer given to us by Jesus states. If we don't, and despite prayers, that evil will block us.

All of us struggle with darkness that enters and re-enters our lives or homes and all of us must therefore pay constant heed to housecleaning. We know from Scripture that demons cause more than just odd behavior -- although they certainly cause that -- and when we seek deliverance (the best way to do so is to ask the Holy Spirit, with the assistance of the Archangel Michael), we often find that characteristics or situations that we don't like in our situations have a root in spiritual entities that should be cast out. Life becomes far brighter after that!

There are countless testimonies.

We have heard from a woman who dabbled in the occult, and found the need to be freed through a lay ministry. She believes that many eating disorders are diabolical. It's the way it manifested with her. It comes in the way of any extreme or obsession. We also heard from a woman in Avon, Ohio, who was attacked after attending a charismatic rally, in this case perhaps as harassment.

"A few nights later, as I was asleep next to my husband, I was suddenly awakened by the feeling of something like a small handgun poking into my throat, right by the jaw, like where you would take your pulse," she said. "There was a horrid smell, like sulfur or something, that permeated the air around me. I was absolutely terrified and in my mind I cried out, 'Oh God, I am going to be killed in my bed! How could You let this happen to me? Why am I going to die this way? I have been so good and love You so much, how could You let this happen to me!' This went through my mind within a few seconds or so. After that, I heard a voice in my mind say, 'Where is your God now? He won't save you!'"

But a Hail Mary did just that.

And then there is a woman named Ginger. Everything seemed to be going against her. But she found relief in deliverance.

"I have never been able to work, in any job, since I was 16 years old, without the feeling of fear and anxiety," she said. "I have been given medication for anxiety, but it does not help.  In 1995 I could only work part-time due to health problems. I have tried to work several times and had to quit because I became sick.  I do not know why this is, because the doctors cannot find anything wrong with me.  I feel like I am being held back from working. I don’t know if it is from God or the other. This has put a severe strain on my marriage and our finances. It has affected my relationships with others in my family and friends.  The saying about me is: 'You are ALWAYS sick.'  One illness I have is chronic fatigue syndrome. This makes me feel like I am walking around with an anchor tied to my feet.  Whenever I experience anxiety and stress, I have no energy, I cannot think clearly, make decisions or work. The other illness is fibromyalgia. This has not been severe recently and I can tolerate it.

"Both of these illnesses have no origin. No treatment. But they both block me from working an eight-hour day." And then there was depression. "I feel this may be an intergenerational problem," continued Ginger. "My grandmother suffered from it and so did my mother. They did not have the medicine that we have now. I have been depressed since I was born. I have pictures of me when I was five, six, and nine years old and I have the exact same blank expression on my face. I have a picture of my mother and she has the same expression."

She turned to prayer by the well-know healing priest, Father Robert DeGrandis. She also sought the prayers of those who were kind enough to offer them. This was Ginger's breakthrough: after a lifetime of torment, she found deliverance through the diocesan office of charismatic renewal. It took place in a chapel.

Her face contorted and she went limp and much of the evil left her as they prayed for her, as they lay their hands on her, as they took her through her life and into hidden corridors that needed to be spiritually swept.

"When they were finished, I stood up and I stood up straight!" Ginger exclaims. "My back was straighter than ever before, I felt lighter, clean and holy. I felt like I was the ‘Child of God’ that I was born to be.

"I cannot explain in mere words the gratitude I have in the mercy of Our Lord. I am 52 years old and I have had this ‘spirit’ within me since I was about 16 years old. Looking back, I can identify incidents, decisions and illness that were linked to it. That is 36 years in bondage!

"I am healthier!  I am full of good health and have great energy to work all day long. I am no longer depressed. If I feel myself starting to become down, I just rebuke it and it is gone immediately.

"I went looking for jobs without fear and today I received a call that I was hired to work for a company where I could use all my skills and experience," she testified in a note to us last winter. "I will be working for the temporary agency who found this job for me, then switch over to the company’s payroll. The president of the company called me to welcome me. I feel like I can bring peace to our home.  It is enthroned and sometimes it has tension. I just do not accept it and rebuke it and it is gone. People have commented on how young I look. My facial expressions have changed too. I have a more positive and energetic look about me."

Oh, the joys of deliverance. Have you prayed for your own cleansing? Do you have problems that don't seem to respond to prayer?

Pray, fast, hope, read the Bible, and count on God's intercession, which never fails those who persevere in faith.