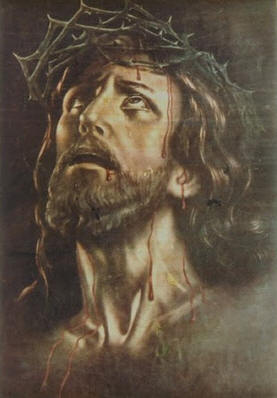 We are constantly reading about drones -- those mechanized flight machines (some the size of insects) that can travel to far places and spy on people (or, in the larger version, deliver bombs). It's not a good trend and should have been halted at its incipience (now we doubt it ever will; the Defense Department always justifies new technology).

There are drones that can stay aloft for days, weeks, or even months, powered by solar or designed (this is really quite uncanny) to perch on power lines and draw forth electricity. Amazon wants to deliver books by drone! "Around the world," says a report, "governments are rolling out massive biometric identification programs. Smartphone makers are acquiring all sorts of Minority Reportish technologies. And for scientists, the race is on to find new, workable biomarkers, which go way beyond the iris scans and fingerprints we have now. Think recognition by gait, electrocardiogram, palm vein — and, yes, eau de you and [body] shape, too."]

Google is entering the field of track-tech in a big way. So are other global companies.

This is the same Google that famously has "Google Earth" to zoom down on everyone's rooftop and even a "street-view" camera that has photographed the majority of American homes (use its GPS navigation system and at the end of your journey a photograph of your destination -- private residence or business or whatever it is -- often flashes up on the small screen).

These days one might be as worried or more so about private enterprises such as Google and Microsoft as any government.

Chilling is a YouTube video of a recent interview with a woman who once headed the Defense Department's Advanced Research Projects Agency (developing the most exotic technology) and is now an executive for Google. Questioned about future "identifying technology," she proudly rolled up her sleeve to show an imprinted symbol (on her arm) that is rather much like a barcode or credit-card swipe -- or mark of the beast (she called it an electronic "tattoo"). Look at this! 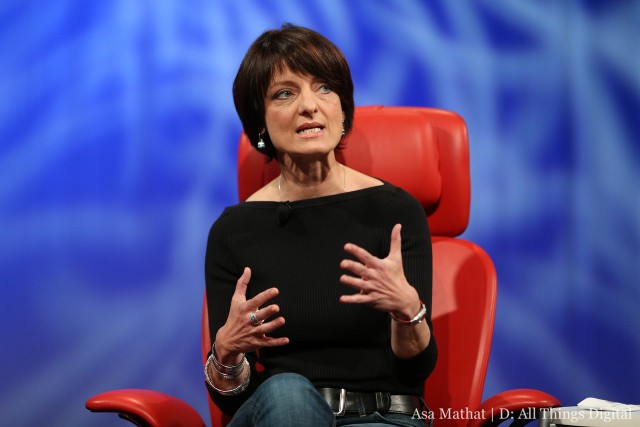 She also discusses swallowing an identifying pill each day. The pill turns the body into a transmitter (so we also venture into the territory of transhumanism).

When any company or agency has control over massive personal information, and controls transactions through it, liberty is in peril; when we are mechanized, meanwhile, our humanity is degraded.

"This pill has a small chip inside of it with a switch," said Dugan. "It also has what amounts to an inside out potato battery. When you swallow it, the acids in your stomach serve as the electrolyte and that powers it up. And the switch goes on and off and creates an 18 bit ECG wide signal in your body and essentially your entire body becomes your authentication token." (Asks a commentator: "Would you swallow a Google microchip ('vitamin authentication') every day simply to access your cell phone? Privacy advocates will wince at the thought, especially given Dugan's former role as head of DARPA, the Pentagon agency that many see as being at the top of the pyramid when it comes to the Big Brother technocracy.")

Google has gone too far. Microsoft has gone too far (it can turn your computer on and off). Amazon is thrusting itself onto the same terrain (and by the way now sells a morning-after pill).

"We're used to the idea that secret intelligence agencies spy on us, but over the last ten years the big intelligence gatherers have become airlines, banks, internet providers, and Tesco -- all of which have more information about us than GCHQ and the NSA put together," notes Richard Aldrich, an historian specializing in espionage. "These organizations are becoming cleverer and cleverer. Cleverer than the CIA; cleverer than the KGB."

That's not to say agencies have a diminished role. There is a proposed $4.3-billion headquarters for Homeland Security. There are the NSA scandals. "The federal government is piecing together a sweeping national 'biosurveillance' system that will give bureaucrats near real-time access to Americans’ private medical information in the name of national security, according to Twila Brase, a public health nurse and co-founder of the Citizens Council for Health Freedom," is another recent news item.

Your e-mail, your health records, what you communicate about, and information on what and where you buy or sell, apparently are not your own business. Look at the specific ads that pop up for you. That's tracking technology. Add to this the growing intolerance toward Christianity (the CEO of Mozilla was forced to resign for supporting a marriage amendment), and it becomes chilling.

It is time to rein all this in.

They have given every American a cell phone, a computer, an iPad, a car, a six pack, and a TV full of sports (or Kardashians, plus a job, for now) -- and that seems to be all it takes for indifference of the potentially enslaving kind.

[Feedback (from the mailbag, for discernment only): "Here is a short item I felt was time to write about. We have been watching this develop for several years, and now it is ready to be brought out in the 'open' for the public.... A friend of mine used to own and operate an appliance repair business. Fixing Refrigerators, large freezers, stoves, ovens, AC units and more was common for him on a daily basis. Naturally, he also learned what different brands of quality appliances were and which ones were "keeper" and the ones that were not. Keepers were ones that had quality built into them and were designed to last for years and years. Nowadays there is 'planned obsolescence' designed into most modern appliances, along with 'SMART' technology which is meant to track and monitor your every move in your own home.

"'SMART' is the acronym for Satellite Monitoring and Remote Tracking. And device bearing this technology has the capability of becoming a 'wireless portal' for tracking any trackable microchip (i.e. cell phones, tablets, laptops, wristwatches, etc.) through the AC line. People not wanting the 'SMART' technology, which is also [possibly] cancer-causing, often opted for repairing their older appliances. But now there are new national laws based on the longstanding deception of 'global warming' that prohibit the repair of any older appliance that is not Smart Technology. All older appliances in need of repair are ordered to be completely destroyed under the guise of protecting the ozone layer. All manufacture of older quality appliance parts has been systematically ended so that no one can repair the older appliances. What you may not know or see planned into all of this is a hidden form of food control. With Smart Technology your appliances can be turned off without your knowledge, completely destroying all your refrigerated or frozen foods. Also, you heating appliances can be signaled also to overheat, or even completely stop working. Even if an older chest freezer or older refrigerator fails, such a unit has vastly superior insulation and components that, in the very least, it could be buried in the ground to function as a root cellar for seasonal food storage. With the aspect of using food control to eventually control the populations of the planet, any and all forms of food storage and/or preservation are being sought out and targeted for destruction. Talented and competent technicians can find a workaround to render older appliances still functioning and useful, but at the risk of severe penalties or jail time. This is how serious the New World Order is about their agenda for food control, although it has not publicly been brought to light yet.

"An older refrigerator or freezer can prove itself worth its weight in gold in the future as the 'powers that be' move our planet daily closer and closer to worldwide famine, pestilence, pandemic and finally, the world control that is forced on all people to take the chip in trade for the 'privilege' to eat. Watch for 'across the board' outlawing of private gardens this summer or next, under the excuse of Fukushima Radiation. Privately owned gardens will be our greatest source of nutrition to fight and protect against radiation. Take some time to think seriously about this. Food Control is here and it is only a few years away from actually being accepted as fact by the 'clueless' public. That same sector that still accepts 'global warming' as a fact, though scientists the world over are proving it completely wrong and showing it to be the tool it is of the New World Order. Keep your eyes open to different ways this food control is silently and insidiously creeping into all our lives and communities. Watch how the drought and famine in California this summer causes West Coast food prices to skyrocket, especially now that the Pacific food chain is permanently destroyed. Watch for the same thing to begin happening in the other major oceans of the world's food supplies. It might pay to keep that old fridge in your garage or on your back patio."]