When swine flu first hit last spring, the fear among many was that the government of the United States was covering up the full extent of the outbreak -- downplaying its spread because it had itself created the virus -- engineered it, as a bio-warfare agent -- and the outbreak was a horrible mistake (the escape of the microbe from a government facility). Some even went so far as to suggest, more sinisterly yet, far more, that it was a surreptitious plot by global forces to reduce the world population. The influenza was significantly worse, went this view, than was portrayed.

As we approach the end of summer, and entrance into a new flu season, with the government loudly warning of a potentially dangerous flu epidemic this autumn, the rumors have changed. Now the charge is the opposite: that government is overplaying the threat of swine flu -- making it seem bigger than it is -- in order to get everyone to take a vaccine. The reason for this, according to theories, is either because government is in cahoots with the pharmaceutical industry (which would naturally profit, and greatly, from an outbreak), or -- again, more sinisterly -- that they're seeking to control or even reduce the population with vaccines that will have harmful effects.

Two contradictory claims but the same fear: that government or governments are on the verge of exerting far more control than ever as a new world is formed and hatching schemes out of an Orwellian nightmare -- beyond Orwell. It is a time of great fears and tremendous confusion. The devil plays both side of this fence. He can both lull us into acquiescence or push us into implausible notions. The question: how do we discern? When does vigilance turn into paranoia?

With vaccinations, there is no doubt about a problem. Some are derived from the cell lines of aborted unborn human babies. Who could want that (and yet there are even Catholic schools mandating it)?

Other vaccinations have potentially harmful chemicals or heavy metals (like mercury) in them. There are widespread reports of sudden autism in youngsters administered them -- far too many reports.

People are right to raise serious questions about them.

It's a time when in fact many things that once seemed paranoid seem to be approaching a place where they are not quite so paranoid.

Yet, it is also a time of wild rumor.

The common thread: increased governmental intervention into our lives -- a fear that was first sparked in the wake of September 11, when the Bush Administration pushed through executive orders and legislation allowing  government to watch over Americans in a way that once would have been unthinkable (a violation of privacy).

Since then, there have been moves by government to assume control over banking institutions, buy out major car manufacturers, and control health care.

There are many things afoot and many things changing (as they have been since September 11, which, by the by, some believe, once again, was staged by secret agents to manipulate American opinion, either to go to war for more oil -- Iraq -- or to gain more control over the population, justifying domestic surveillance). One bill reportedly would allow the federal government to control the internet.

Another rumor: that the financial crisis was concocted by secret one-world groups in order to destroy the United States dollar and move the world toward a single international government. (Cartoon, left, from 1938.)

There is also no doubt that fear of being monitored by government agencies is a legitimate concern. There has been an explosion in fingerprint scanners, street police cameras, eye recognition devices, identification cards, airport tracking, passport technologies, satellite watchfulness, and highway speed cameras. There is also a strong push toward "micro-chipping" -- inserting devices that have private information about a person or allow for satellite tracking right under the skin of people (via that tiny microchip), a scenario that once seemed fanciful.

Monitoring the population means more governmental control which can mean loss of liberty and down the road could turn into loss of ability to worship freely under the leadership of a nefarious force. We don't doubt the push toward a new world order. We also don't doubt that there are too many secret clubs composed of government leaders, industrialists, and bankers.

Nor does it help when someone like Prince Phillip of England says (as he did in 1988) things like:  "In the event that I am reincarnated, I would like to return as a deadly virus, in order to contribute something to solve overpopulation." The prince is a key participant in globalization meetings (including the fabled Bilderberg Group).

Are the vaccines really an intentional plot, or simply government fumbling for remedies? If there is a dastardly inclination, is it not more likely to be one based on greedy profit motives?

Are they really spraying poisons up in the sky through strange patterns called chem-trails (which some believe are a secret plot to control the weather, while others think it is an attempt -- again -- at population control, causing illness, while still more explain as simply jet exhaust patterns fixated by atmospheric conditions)? And what about this HAARP thing in Alaska (an electromagnetic radiation device)?

Are there not rumors that government is in cahoots with private computer manufacturers to install a tracking device in laptops (see this)? Are 1,000 banks about to fail -- and a bank holiday to be declared?

At the farther edge: claims that countries like the U.S. are building "detention" centers or camps or adapting current facilities to such use -- as Japanese were interred during World War Two.

The theory: our government is building detention areas in case a terrorist attack or economic collapse or other calamity (like an epidemic) brings tremendous civil unrest or the need for quarantine. The underlying fear: that anyone dissenting from the move to form the world as a single entity or who differs from the federal government could be detained. We are certainly not there yet!

While not dismissing any concerns (again, times they are changing, rapidly), we have to be careful not to credit more to behind-the-scenes genius than actually exists, nor to allow racism in the mix, nor to see a conspiracy behind everything. If government is so effective with conspiracies, why is it so ineffective in so much else? One must also note that certain "detention" centers have been exposed as nothing of the sort.

Still, there are these reports like this: "Rep. Alcee L. Hastings, Democrat-Florida, has introduced to the House of Representatives a new bill, H.R. 645, calling for the secretary of homeland security to establish no fewer than six national emergency centers for corralling civilians on military installations," says one, in WorldNetDaily. "The proposed bill, which has received little mainstream media attention, appears designed to create the type of detention center that those concerned about use of the military in domestic affairs fear could be used as concentration camps for political dissidents, such as occurred in Nazi Germany."

Said a prominent blogger: "The Internet is abuzz with news about the construction of internment camps all across America. Of course, 'mainstream' media outlets refuse to touch the subject; or if they do, they pooh-pooh the story; they do what Glenn Beck recently did: try to debunk the story as fallacious and impugn people who speak of it as 'conspiracy nuts.' The fact that the Becks, Hannitys, Limbaughs, and O'Reillys of the media circus refuse to deal with the construction of large numbers of internment camps does not make them disappear, however."

There are even some who believe that those who refuse the vaccination for swine flu will be sent to one of these "centers," which combines two fears.

It's getting pretty intense out there!

Are these really future "concentration" camps (see video) or distorted reports and doctored photographs that have been convincingly debunked (see this video)? One "camp" turned out to be a military police training center. Another was of a concentration camp -- in North Korea (not Wyoming).

At the same time, it would not be surprising if government, in at least a few places, was preparing emergency centers in light of illegal immigration or disasters such as Katrina (and anticipating future events, or civil unrest, or terrorism).

Delve before you discern. Gather information. Take care before jumping to conclusions.

There are websites that connect conspiracies to virtually every aspect of life. Paranoia can be a device of the devil. Of course, so can skepticism.

In all the "weirdness," there is some truth and this truth must be addressed.

Whether or not it is a coordinated effort, or simply the greed of corporations (such as pharmaceuticals), vigilance is the price of liberty. And injustices abound. "None of my children our allowed in Catholic school because I refuse to vaccinate them," writes a distraught viewer. "I am petrified that the government will enforce the swine flu vaccine. Then I am going to either have to move to Canada or homeschool. It's horrible that the Church will not stand behind believers on this issue."

"Please use your discernment before placing mainstream news media articles from corporate controlled outlets like Fox about flu vaccines," complained another about a link we had. "'Big Pharma' along with government agencies like the FDA are now trying to crush the natural health industry. There are many doctors who believe vaccines can do more harm than good. Let God and his Love guide us and not the fear mongering corporate media of mass deception."

"This vaccine situation makes me ill," writes another. "Check out cogforlife.org (Children of God For Life) if you'd like to learn more. A study is underway to determine if the aborted DNA in vaccines is responsible for autism. My oldest is autistic and I refuse to further vaccinate him nor my two other babies." We get other mail and phone calls about the outbreak of autism -- which government needs to investigate.

There are mysteries. We'd like to know, for example, why all these scientists have died, if such reports are accurate. We'd like to know more about the strange composition of atmospheric particulates. Are there indeed attempts at weather modification? We would also like to know about these stones in Elbert County, Georgia, which the mainstream media has written about. Was it just some eccentric group that planted stone tablets which seem to speak to the future and in a list of goals for the world says, "Maintain humanity under 500,000,000 in perpetual balance with nature"?

We'd like to know, just for kicks, who wrote that.

[see also: Mysterious stones in Georgia, Detention center debunked, HAARP, and 1,000 banks to fail?] And : More about that flu vaccine, Video: Robert Kennedy on vaccine cover-up and autism, and Is it deadly?]

[Further claim from blog for the Centre for Research on Globalization on "detention camps": "The plan is called REX 84, short for Readiness Exercise 1984. Through Rex-84 an undisclosed number of concentration camps were set in operation throughout the United States, for internment of dissidents and others potentially harmful to the state.

"The Rex 84 Program was originally established on the reasoning that if a "mass exodus" of illegal aliens crossed the Mexican/US border, they would be quickly rounded up and detained in detention centers by FEMA.

"Existence of the Rex 84 plan was first revealed during the Iran-Contra Hearings in 1987, and subsequently  reported by the Miami Herald on July 5, 1987

" These camps are to be operated by FEMA should martial law need to be implemented in the United States and all it would take is a presidential signature on a proclamation and the attorney general's signature on a warrant to which a list of names is attached."

"And there you have it ~ the real purpose of FEMA is to not only protect the government but to be its principal vehicle for martial law." 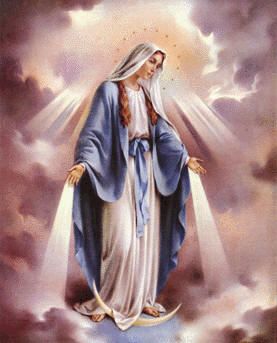