FROM THE MAIL: THE REVELATIONS OF AKITA, FATIMA, AKITA AND END OF WORLD AS WE KNOW IT 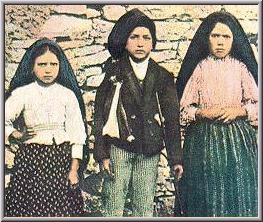 Anyone who has more than a passing familiarity with the apparitions at Fatima knows that the predictions made there had an uncanny accuracy.

The Vatican congregation for the Doctrine of the Faith, in its document The Message of Fatima, states, "Fatima is undoubtedly the most prophetic of modern apparitions."

At Fatima Mary predicted the Russian Revolution, the Second World War, and the spread of the errors of communism. There was also a link between the "third secret" of Fatima and the assassination attempt on John Paul II.

The first issue that arises when one attempts to discuss Fatima or any other apparition is how the Church views it. For it has to approve an apparition in order for it to be "worthy of belief."  According to Pope Benedict XVI (Verbum Domini), apparitions or "private" revelation is "judged by its orientation to Christ himself. If it leads us away from Him, then it certainly does not come from the Holy Spirit, Who guides us more deeply into the Gospel and not away from it… Ecclesiastical approval of a private revelation essentially means that its message contains nothing contrary to faith and morals, it is licit to make it public, and the faithful are authorized to give it adhesion… A private revelation can have a prophetic character and can be a valuable aid for better understanding and living the Gospel at a certain time. Consequently, it should not be treated lightly. It is a help which is offered but its use is not obligatory."

The Catechism of the Catholic Church also addresses "private" revelation: "Throughout the ages, there have been so-called 'private' revelations, some of which have been recognized by the authority of the Church. They do not belong, however, to the deposit of faith. It is not their role to improve or complete Christ’s definitive Revelation, but to help live more fully by it in a certain period of history. Guided by the Magisterium of the Church, the sensus fidelium knows how to discern and welcome in these revelations whatever constitutes an authentic call of Christ or his Saints to the Church" (CCC 67).

How are the Fatima apparitions considered in the light of these teachings?

At Fatima the bishop who [in most cases] decides such things, "approved." That means the faithful are free to believe or not to believe in what took place there. However, given the prophetic accuracy of the messages, it's hard not to believe.

In Crossing the Threshold of Hope, Pope John Paul II expressed his belief in Fatima this way: "And what are we to say of the three children from Fatima? …They could not have invented these predictions. They did not know enough about history or geography, much less about social movements and ideological developments. And nevertheless it happened just as they said."

In his 2010 book, Fatima for Today, Father Andrew Apostoli does a remarkable job of giving the reader an up-to-date and comprehensive synthesis of the Fatima story. It is a must read for all Catholics.

Contrary to what many believe, Father Apostoli demonstrates the ongoing relevance of the Fatima message for the Church today. It is true that some of the prophecies have already come to pass, still other parts are yet to be realized. In May 2010, Pope Benedict XVI claimed that there were still elements of the Fatima prophecies that are unfulfilled. In particular he noted that we have not seen the promised Triumph of the Immaculate Heart, which he prayed would occur before 2017, the hundredth anniversary of the apparitions at Fatima.

During the apparition of July 13, 1917, Mary spoke of evils to come but that "in the end my Immaculate Heart will Triumph." She told Lucia that she would return later to make two requests necessary for this Triumph. Eight years later she appeared and requested the First Saturday Devotion. Four years after that she appeared again and requested the Consecration of Russia to her Immaculate Heart. This consecration was accomplished in 1984, by Pope John Paul II. However, the First Saturday Devotion remains as a way for us to help bring about the Fulfillment of the Fatima Mission – the Triumph of the Immaculate Heart.

Another related but lesser known apparition occurred in Akita, Japan mostly during the 1970’s.

The local bishop approved the apparitions and in 1988, then Cardinal Joseph Ratzinger gave the Vatican’s opinion that the Akita phenomena and messages were reliable and worthy of belief.  When asked, "What is the message of Our Lady of Akita?" Bishop Ito, the approving bishop, replied "It is the message of Fatima." Father Tatsuya Shimura, an expert on Akita, said: "The revelations of the Virgin of Akita are exactly those of Fatima" (The Meaning of Akita).

The first message of Akita was an appearance to Sister Agnes by her guardian angel who taught her the same prayer that Mary taught the children at Fatima. (O my Jesus, forgive us our sins, save us from the fires of hell, lead all souls to heaven, especially those in most need of thy Mercy). At the time, this prayer was unknown in Japan.

When Mary appeared to Sister Agnes in 1973, she lamented, as at Fatima, the state of mankind and asked for prayer and reparation just as she had at Fatima. One prediction she made came to pass almost immediately --  the exodus of many priests and religious from the Church. As at Fatima she also called for the praying of the Rosary.

While Mary did warn of terrible things to come at Fatima – the spread of communism and a second world war – the warning at Akita was much more severe:

"As I told you, if men do not repent and better themselves, the Father will inflict a terrible punishment on all humanity. It will be a punishment greater than the deluge, such as one has never seen before. Fire will fall from the sky and will wipe out a great part of humanity….the good will perish with the bad, sparing neither priest nor faithful. The survivors will find themselves so desolate that they will envy the dead."

One’s first response to this message is to dismiss it because it is so overwhelmingly severe.

How could it possibly be true?

Yet the bishop and the Vatican both expressed approval of the Akita phenomena. And remember this warning was given to humanity from a country that thirty years earlier had suffered two nuclear bombings.

A difference between Akita and Fatima is that at Akita there was no mention of the "Triumph of the Immaculate Heart" which will occur at the "end," according to Fatima.

At Akita the message is conversion or great chastisement.

With Fatima it would seem that the worst is over. We have gone through the Second World War, the rise and fall of Communism, and the whole world has been consecrated to the Immaculate Heart. It appears then what we have left to do is practice First Saturday Devotion, pray the Rosary, make reparation for sinners, and wait for Mary’s Immaculate Heart to Triumph.

Enter Akita. The message here is clear: men will repent or a terrible chastisement will befall them.

Do you think men have repented since the 1970’s or are they now repenting? I think the opposite is true.

[resources: Our Memories of Sister Lucia, Fatima is Forever, and The Message of Fatima]