IN BOOK ABOUT MYSTIC WAS RECOLLECTION OF COMING 'UPHEAVAL' AND 'MANIFESTATION'

I surely miss my old friend, Maria Esperanza. When it came to advice, she was there at the top -- not just personal advice, but direction on how to view the course of society (and history).

Her views would be especially interesting in the whirl of current politics.

She warned -- from the outset -- against the Iraq war, as we repeatedly reported (saying it would lead to a tragedy). She correctly guessed who was behind the World Trade Center attacks just a day or two after -- before al Qaeda was even publicly mentioned. 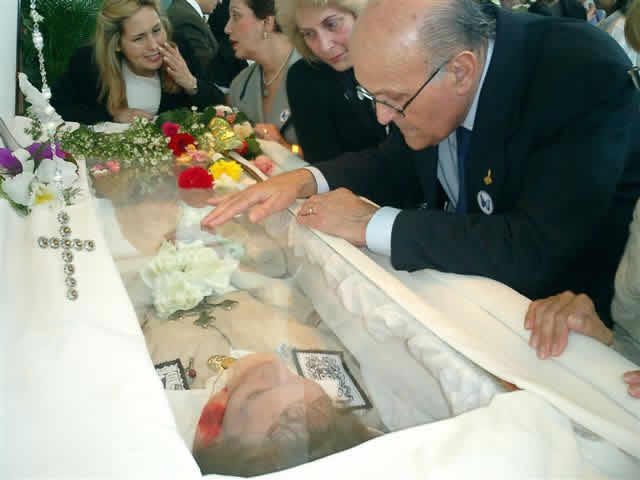 She said a "roaring lion" was behind the destruction.

Soon we heard the name Osama Bin Laden as the culprit -- and later learned that the name "Osama" (in Arabic "Usama," according to etymologists) means "lion"!

As the anniversary of her death approaches this summer, I revisited the book of interviews with her, A Bridge to Heaven, and found that it was nearly like reading it again for the first time -- with things she said popping out in a new way with new insight. A gold mine of mystical viewpoint. 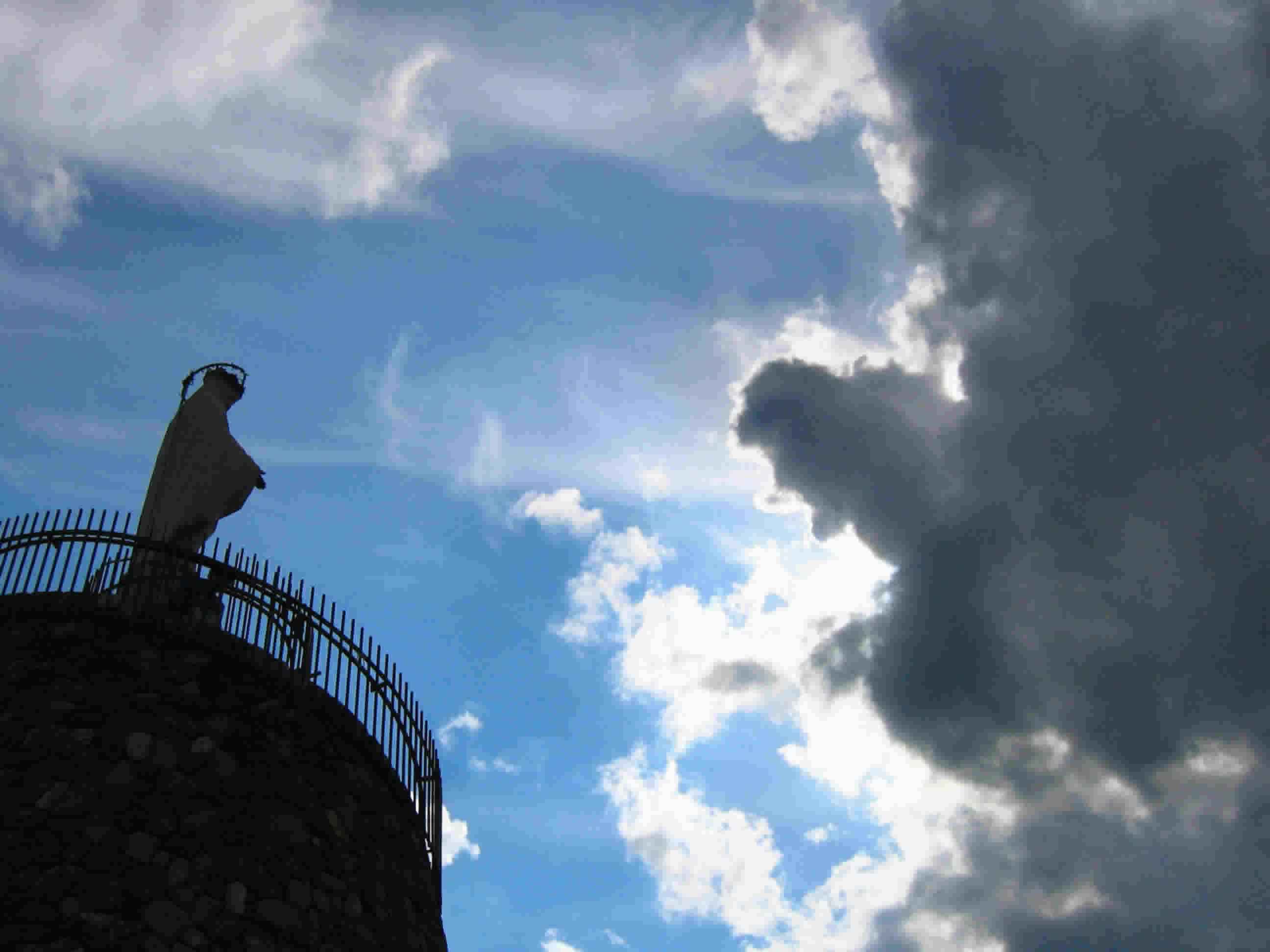 Was she always right? No one is. But insightful? Extraordinarily. A decade before the priest scandals erupted, Maria said that unity in Catholicism was urgent -- "especially among priests" -- and warned that while the "Church is holy, immaculate, perfect," the men in it "can be imperfect, sinners, with weaknesses." The Church could not be destroyed, said Maria, "but they're going to try to destroy it." Priests, she cautioned, were about to be "attacked." ("That's why I ask you to pray for the priests," she added. "They are the points of light in the world.")

She also said that the faithful must "go to Confession."

"I felt that Mary said this: 'Get prepared,'" revealed Maria. "I don't know what this is. What does this mean? The impression that it gives me is that we all have to be like children. She is going to perform miracles for us and help us if we find comfort in her arms, but we have to pray the Holy Rosary."

The word "prepare" has been uttered so many times in the past two decades, and seems more urgent now.

"For what it is worth, I have a very strong sense of urgency concerning preparation for something concerning the U.S.," one woman wrote me just last week. "No idea of when, what, or where, but somewhere not affected recently as chastisements will differ in accord to the nature of their evil (not my words or insight): frequently the thought of our time being short and that it will involve an area of tremendous evil not affected in any meaningful way. San Francisco, New York City, Long Island, Boston all come to mind."

Maria did not pinpoint those places in particular but did foresee natural disasters across the U.S. as well as the World Trade Center event and I remember that soon after she had her family take her into Manhattan, where she insisted that they circle St. Patrick's Cathedral and two other Catholic spots while she prayed protection.

This is what we are called to do.

That's preparation. "I believe it was May 3 very early morning, and I was awoken by a voice (firm, somewhat sad, but 'loud') saying twice: 'Be reconciled. Time is short.' I understood 'be reconciled' as with everyone," another wrote me -- bringing to mind the very title of the Blessed Mother at Maria's site of apparition in Venezuela: Our Lady, Reconciler of All Nations and Peoples.

We don't believe in "gloom and doom." But we do believe the Lord wants to cleanse us and what is around us. We lessen any abrupt such cleansing by tackling it ourselves. That means not just racial or ethnic reconciliation but reconciliation among ourselves in our daily lives. There is such division in our homes, in politics, in the culture, in the media, in religions, within factions of those religions, and in factions within factions! 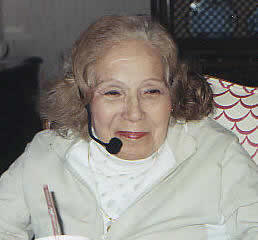 Interestingly, Maria saw the world at a "decisive time" beginning in 1991 and in line with what was later revealed as the "1990 prophecy," which envisioned the onset of regional "chastisements" around that same year. She especially saw quakes and natural disasters.

Maria predicted that the "yellow races will stand up" and that there will be "a revolution in general" due to injustices. Again: reconcile!

When we think of uprisings, we see recent news of Jews and blacks reaching new levels of tension in New York, of the animosity toward "illegals" (and vice versa), of the resentment of other nations toward the U.S. (due to the war as well as disparity in access to resources), of the racial tensions between blacks and whites (which may become more pointed yet with the Obama candidacy), of the fights between secularists and Christians, of Islam, of the rise of China. We must be on guard against wars and riots along with terrorism -- perhaps even more so.

Economists are beginning to mimic words spoken long ago by Catholic prophets! "Riots, protests and political unrest could multiply in the developing world as soaring inflation widens the gap between the 'haves' and the 'have nots,' an investment bank predicted yesterday," said a news story.

"The cost of food and fuel has already been cited as a factor leading to violence in Haiti, protests by Argentinian farmers and riots in sub-Saharan Africa, including attacks on immigrants in South African townships, said the article, for your discerning. Merrill Lynch's chief international economist, Alex Patelis, said this could be the tip of the iceberg, warning of more trouble "between nations and within nations" as people struggle to pay for everyday goods.

As for Maria, she said, "The justice is coming. A very hard moment will come soon, but it will make us better people."

The Lord, Maria insisted, is about to manifest.

"Perhaps I will not live to see this, but the Lord is coming," she explained -- alluding to visions she had of Jesus "visiting" every door (which reminds us of the eruption in holy images of Mary since Maria's death in August of 2004). 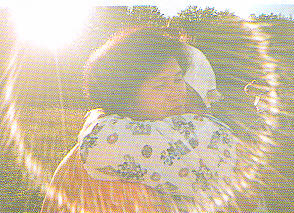 It is not the end of the world, said Esperanza. "Pretty soon Our Lord is going to give us a test," she said in The Bridge to Heaven. "It's not a bad test and most of us are going to see Him, to see this event, and it's beautiful." That also parallels the 1990 prophecy, which foresees a "towering light" connected with a sort of apparition or mystical Presence of Christ.

How could such an event manifest? By way of photographs, of videos, invisibly (are the prophecies metaphors), or personally? Would it be in a faraway place -- remote like Medjugorje is remote (and perhaps even there)?

Likewise, the 1990 prophecy mentioned that mankind was being sent a new "test" because it had not passed the abortion test. Many speculate that the new test is linked to genetic manipulation.

We are purifying, said Esperanza (whose apparitions at Betania in 1984 were approved by the Church), "and after will come peace and love.

"That's why our mother has come to reconcile us. With reconciliation will come peace."

Without reconciliation will come upheaval in regions of the world.

[resources: The Bridge to Heaven]