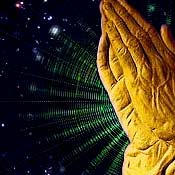 Years ago I spoke to a fellow named Dave Gant who liked "spelunking." That's when you scuba diver into underwater caves -- one of the most dangerous things a human can do.

For Gant, one such trip came close to being a death trap.

On August 15, 1992, Gant got lost in a cave in Tennessee and was sure he was a goner. He and friends had been spearing catfish. Now he was all alone in a water-filled cavern known as Nickajack.

Imagine his quandary: there he was in a dark cave, trying to breathe in an air bubble that was rapidly being depleted. All he had to hold onto was a piece of stalactite. He knew his time was just about up. He was trapped in the cave for more than 14 hours before he said his first prayers.

But finally Gant -- whose nickname had been "Dirty Dave" -- had gone to God. He thought it was his last confession. Instead it turned out to be a deliverance followed by a miracle.

“I asked the Lord to come into my life to save my soul, and he did it, just like that,” said Gant, who owned a logging company in Alabama. “It felt like a big invisible hand -- three different times -- went straight in my chest all the way to my toes and pulled out evil – pure evil. Three different times, one after the other.

“After the first time I didn’t think I could feel any better, I felt so clean. After the second time I felt just that much cleaner, and after the third time it’s a wonder that cave didn’t cave in, I was shouting so loud, echoing in that cavern, just praising the Lord for what He just did for me!”

Here he was dying – ready to suffocate – and Gant felt better than he had in his life. Cleansed, and praising the Lord, he was now ready to meet his Maker. It was at this point that something remarkable happened. Suddenly Gant saw a strange fog directly in front of him.

It was slightly luminous, just light enough to see. Inside were what looked like four oblong objects. They and the fog were slowly moving away in the water. It’s not clear what that was, but more than twenty hours after he got lost, there was suddenly a roaring sound that sent bubbles up to replenish the air pocket -- and soon after, a pair of rescue divers appeared to escort him to safety.

The way out turned out to be the same route the fog had taken.

Evil was removed. It was followed by a miracle.

If that sounds familiar, it’s because once again we recall that before He healed, Jesus often cast out demons. His Hand removed the filth.

And so it was with Gant -- and is with us. We all have to ask God to cleanse our souls. Are there attacks by the evil one that inhibit us? Yes. Are there “curses”? Yes, we can be inhibited by curses. But most often we curse ourselves. There are many ways that evil infiltrates – often in ways we never suspect.

God does not put new wine in old bottles, especially bottles made gritty by sin. He will cleanse us as He did Gant, but as with Gant the Good Lord, the Creator of free will, waits for us to ask.

Hidden in all of us are blemishes that only God (and his ministering angels) can see. They must be purged. Spirits enter our existence when we sin, and then set out to plague us.

Once open to them, we may find ourselves susceptible to mood swings, anger, depression, and anxiousness. Demons attach to our emotions. They aggravate us. If we have unhealed emotional wounds, they irritate those also. Mostly, they magnify negativity, which serves to negate the miraculous.

Suffering and confession cleanse this. "The life of a Christian is nothing but a perpetual struggle against self,” the great mystic Padre Pio once said. “There is no flowering of the soul to the beauty of its perfection except at the price of pain."

Misfortunes are frequently sent to remind us that we have strayed or forgotten something.

When we handle them well -- by going to God -- the results are often astounding.

[adapted from: The Trumpet of Gabriel]