The "news" has flashed across blogs and chain-mail lists and even onto at least one Catholic news site:

Medjugorje had been condemned -- proclaimed as evil -- by the Vatican.

That was the subject tag for a flood of e-mails and fodder for chat rooms around Europe and North America. The headline came from an English newspaper and said, "Vatican denounces group's claim of seeing the Virgin Mary more than 40,000 times as 'work of the devil.'"

It was a dream come true for the many enemies of the alleged apparitions. Finally: the famed apparition site in Bosnia-Hercegovina, which has been drawing more pilgrims than any apparition since Fatima -- and perhaps before that (forty million since 1981) -- had been denounced, ending the debate. Vanquished. 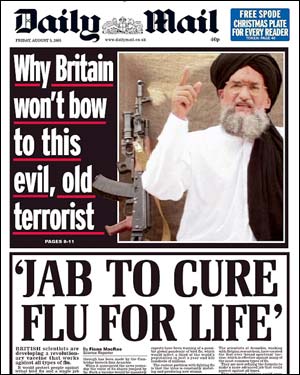 It seemed so cut and dry, with one major hitch: the report -- that it was a Vatican official -- was erroneous, disseminated (left and right) in a lurid London tabloid as a sparsely detailed article that was then picked up by those bloggers and sites such as CathNews in Australia which long have hankered to give Medjugorje its comeuppance. The tabloid took it from a short interview with the bishop in an Italian internet journal and hyped it into a Vatican ruling.

Most major religious news sites stayed away from the story -- knowing that there had been no such pronouncement from Rome. In fact, a recent decision by the Vatican to take Medjugorje away from a negative-leaning national bishops' commission was seen as the most important positive development for the site since 1986 (when the local bishop's authority to rule on it was likewise removed after he tried to reject the apparitions).

Still, there were the e-mails -- based on purported and still unconfirmed statements by Monsignor Andrea Gemma of Italy, a retired bishop-exorcist who, it was claimed, told an Italian magazine that Medjugorje is a deception that will soon be ruled against by Rome.

"It is a scandal," he was quoted as saying. According to the newspaper, the Vatican will "soon crack down on the group [of seers]."

But a Vatican spokesman Bishop Gemma is not -- and never was, discrediting the headline and the flurry of e-mails quoting the tabloid, which, in the tradition of British journalism, often designs headers before it finds facts to support them. First published in 1896 by Lord Northcliffe, it is Britain's second biggest-selling daily newspaper (after The Sun).

Where its idea originated

that this local bishop represented the Vatican was not readily apparent. According to a Church biography, Gemma served as the prelate of the Isernia-Venafro diocese from December 7, 1990 to August 5, 2006 but was never in a ranking position at the Vatican. To say one of Italy's bishops speaks for the Vatican (there are 225 dioceses, not to mention all the retired prelates) is like saying that a federal official in Pittsburgh speaks for the White House.

In fact, there are no official "Vatican" exorcists. The idea that he was such apparently came from a popular secular book written by Tracy Wilkinson about exorcists in Italy and entitled -- in a way that alluded to the Church as a whole, not the Holy See -- The Vatican's Exorcists.

Said the book, which featured several exorcists: "Gemma, seventy-four, speaks at times with a slow, dramatic flair, repeating his words for emphasis." It added that he was a featured speaker at a meeting of exorcists "where he regaled the priests with his stories, his eagerness to knock down the mystique around diabolical possession, and his penchant for the closest thing to irreverence that a bishop can muster when talking about Church hierarchy."

Despite the fact that Rome has never said anything negative about Medjugorje -- remaining neutral, at least for now -- that freewheeling style fit neatly with The Mail's own penchant for articles that cast a negative light on the Church. Noted one English viewer (Peter Devine, of County Durham): "The Daily Mail newspaper is the Catholic Church's greatest enemy in England."

Here you can see more of what the publication is like (viewer discretion advised).

This is the source for the bloggers, who may now want to take note of the manner in which it was presented.

The Mail was not, however, the original source. "You'll see that soon the Vatican will intervene with something explosive to unmask once and for all who is behind this deceit," the now 77-year-old bishop told Petrus, an online Italian Catholic journal.

If that is ever the case, we will adhere to the verdict. The Gemma statement went on to say that the Church already has spoken through the Bishop of Mostar -- whose authority, in fact, has been stripped. That bishop long has been antagonistic to Medjugorje but his diocese lost authority over Medjugorje in 1986, rendering the idea that he speaks for the Church as another inaccuracy expressed in the Petrus interview by Gemma himself, who also erroneously stated that pilgrimages are not allowed there (despite official Vatican statements to the contrary; it has twice stated through its press office that while official parish pilgrimages are not allowed until there is Church approval, unofficial ones are allowed, including those with priests. The Cardinal of Sarajevo, who is the country's highest ecclesiastic authority, has repeated this).

While John Paul II was highly favorable toward the apparitions, even encouraging pilgrimages, and Cardinal Joseph Ratzinger rescued the site from local condemnation, it is not clear how Benedict will act now that he is pontiff. We will adhere to whatever the Vatican decides. Thus far, it has decided nothing. When such an announcement comes, it will be through the Vatican press office from the Congregation for the Doctrine of the Faith.

Meanwhile, another priest highlighted in The Vatican's Exorcists -- the famed Father Gabriele Amorth, of Rome (who performed exorcisms with John Paul II) -- has visited Medjugorje and described it as both an authentic apparition and (ironically) a "fortress against Satan" [our italics].

[resources: Medjugorje and the Church]

[permission is granted for reproduction of this article]