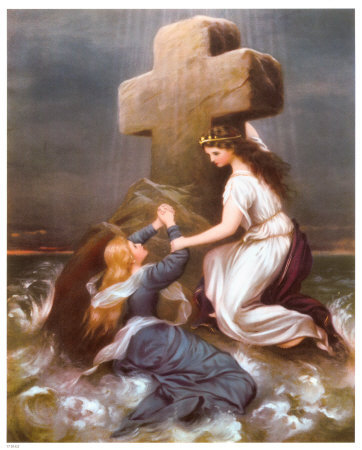 The past week has seen a string of strange coincidences that may need discernment. Perhaps "unraveling" is a better word. There was the Democratic National Convention. Hillary Clinton spoke on the anniversary of the woman's right to vote, and Barack Obama -- the first black presidential nominee -- on the anniversary of Martin Luther King's "I Have A Dream" speech. At the same time, within days, there was the threat of another New Orleans hurricane disaster, one that thank God was averted (no doubt through prayer). While most of us who watch "signs of the times" are on the conservative side of the aisle (due to abortion issues), it was curious how the biggest effect of the storm was not on the Big Easy but on Republican politics: The first day of the GOP convention was basically erased, and President George Bush and Vice President Dick Cheney were forced to abandon plans to address the convention in one

last hurrah. This was curious to some because the hurricane -- "Gustav," which means "staff of the Goths" -- arrived smack on another anniversary: that of Hurricane Katrina, which all but destroyed New Orleans and led to sharp criticism of the White House. This timing, whatever it means, has been seized upon, at times in an unfortunate way, by liberals. Meanwhile, it also came on what was supposed to be "Decadence Weekend" in New Orleans -- an annual celebration of homosexuality there in the French Quarter, where risqué sex, paganism, and voodoo are as strong a presence as ever -- as even before "Katrina," which means "to purify." The Goths were the most violent kind of pagans. Now there is "Hanna," which from its masculine derivative means "Yahweh is gracious." An interesting effect of the storm: if nothing else, the evacuation brought New Orleans back to a few minutes of clarity (and hopefully reflection). Noted a reporter for the BBC of the eerie quiet before the hurricane: "Sounds you rarely hear in American cities, like the bells of small chapels chiming the quarter hours, or the fabric of flags snapping in the quickening air, were suddenly clear."

[see also: Prophecy: are we in 'fourth watch of the night'?]