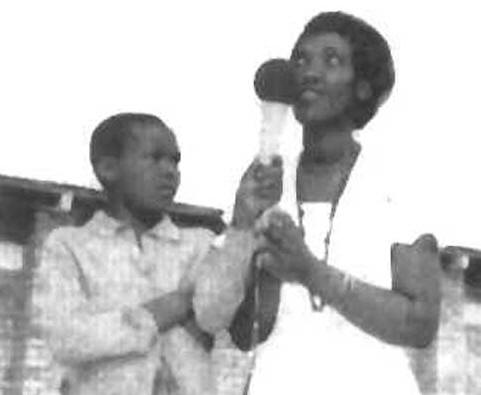 I would appreciate your prayers, for I am currently in deepest Africa on a spiritual as well as journalistic mission. If there are some issues and we are out of contact with the internet for a period of time, there is a backup team in place for the website.

Never mind access to the internet: The place where I am headed -- Kibeho, in Rwanda (between the Congo and Tanzania) -- just recently got electricity. I seek to pray as well as research the incredible, Church-approved apparitions that began on November 28, 1981, here to several Catholic schoolgirls (with more seers eventually saying they too were having apparitions).

There were seven key visionaries who are most widely known to have experienced Mary in the first few months of the events. Thus far, three of them (Alphonsine Mumureke, Anathalie Mukamazimpaka, and Marie-Clare Mukangango) are included in the official Church approval of this fascinating apparition, which was announced at the Vatican in June of 2001.

I am here with an incredible woman named Immaculee Ilibagiza, who survived the terrific massacres in Rwanda during 1994, at one point by hiding in a bathroom with seven other woman for 91 harrowing days.

Immaculee survived by constantly praying the Rosary as rival tribesmen tried to hunt her down and killed most of her family (as well as 800,000 others in this poor nation). She came out of the ordeal a deeply spiritual person who now speaks around the world about the apparitions and her own ordeal during the war -- which logged the fastest pace of killing in history. Incredibly, she personally forgave some of those who killed members of her family! One of her books is an astonishing look at the apparitions called Our Lady of Kibeho.

As it happens, the Blessed Mother predicted the war, as well as afflictions that allegedly face the world in the future. She foresaw people decapitated with machetes (which indeed occurred en masse) and a "river of blood." Major killing occurred right there where Mary first appeared with her warnings.

We plan to stay at a retreat center run by a fabulous priest who has worked hard at maintaining a shrine dedicated to the apparitions and also bringing some of the modern world here, by way of medicines, food, and at least some electrical power. I will be spending the week in prayer as well as meetings with those involved in the events. God-willing, I will report on it when I return.

The Kibeho apparitions (which stopped, for most of the seers, by the time of the war -- which took two of their lives), are among just a handful of fully-approved revelations in the past hundred years such as Fatima, Banneaux in Belgium, Betania in Venezuela, and Cuapa in Nicaragua, among a few others. The seers said Mary, coming as "Mother of the Word," was "bathed in white"; her skin shone like polished ivory but wasn't white as in pictures. She wasn't black either. It was a color, a tint, a texture that could not be put into words. Her attire looked "seamless, as if "made by angels." 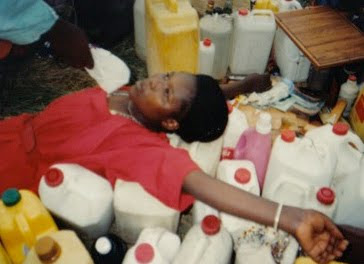 There were prophecies granted, including ones that seemed to pertain to the subsequent horror of war and others to do with coming chastisements for the world, and even the Second Coming, for our considered evaluation. The seers were also taken on incredible "journeys" to the afterlife, during which their bodies were in a comatose state.

Later, the site of the Kibeho slaughter would return to a pilgrim spot where now healings and other miracles are reported as the faithful pray in a chapel. A major request from Mary was that we go back to an old practice known as the "Rosary of the Seven Sorrows." "My child, you must pray, for the world is in a horrible way," said Mary. "People have turned from God and the love of my Son, Jesus.

"No one goes to Heaven without suffering. And as a child of Mary, you may never put down the Cross you bear."

At one point the Blessed Mother reportedly asked the seer Alphonsine to sing a song, repeating two lines of a verse seven times each: First: "There will be fire that will come from beneath the earth and consume everything on earth... And then: "The day will come to take those who have served you, God, we beg you to have mercy on us."

Stay tuned... (and thanks for the prayers).