How the light can go out

As previously reported, former network anchorman Ted Koppel believes that America will likely face a failure of some sort in its electrical grid -- perhaps even blacking out a major region of the nation, and for all anyone knows the entire national grid.

He believes the most likely cause of this will be a cyber attack from a nation such as China or Russia, which he reports are already "in our grid," or a rogue group of cyber terrorists, like the notorious hackers, Anonymous. How soon before Iran is also "in our grid" (or North Korea, or ISIS; a cyber attack reportedly occurred before the Paris bombs, to confuse police)? In successive State of the Union addresses, President Barack Obama warned of the dangers of a cyber attack on our fragile -- and it is fragile -- infrastructure.

If not in this way, then perhaps, posits Koppel, from a nuclear device detonated in the atmosphere and disrupting our electromagnetic pulse, causing a chain reaction.

If there is to be a major regional or national electrical disturbance (and this is certainly possible; a former chief of Homeland Security even told Koppel that chances of an attack are "very, very high"), we believe that it will most likely come from a solar storm sending disruptive radiation into our electromagnetic systems. That actually occurred less than two decades ago in Canada.

But let's stay on Koppel's beliefs -- that the biggest threat is cyber terror -- since he has done yeoman's work in researching this scenario. As the accomplished newsman points out, it isn't just Canada that has tasted massive outages in recent years: In August 2003, a high-voltage power line in northern Ohio brushed against overgrown trees and shut down, causing the system to suction in power that caused an imbalance in surrounding systems and caused the largest blackout in American history (darkness for fifty million, in both the Midwest U.S. and southeastern Canada). When a single power line can cause the dominos to fall like that, one sees the potential problems in a national grid composed of 1,300 generating sources producing electricity that is distributed to more than 6,000 transmission substations.

Add to this the problem of transformers. There are tens of thousands of these and most, says Koppel, are thirty or forty years old, cost several million each (they're custom-made), and have no backups. A new one can take more than a year before it is delivered, and their size and weight are such that they have to be transported across two highway lanes and only after bridges they must cross have been inspected to make sure they can bear the weight. One can be "taken out" with shots from a rifle.

What a web we have woven, with potential vulnerability.

"It's not a question of if," said General Lloyd Austin, commander of CENTCOM, which oversees dozens of nations. "It's a question of when they will try." 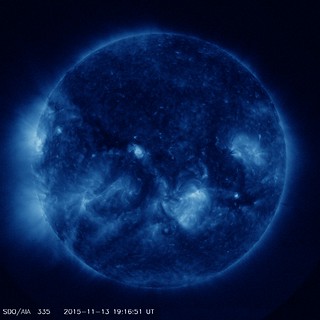 There are experts who disagree; they maintain that our grid has redundancies and safeguards that would preclude a massive national blackout. The very complexity of the system, they argue, works in its favor. But there is clearly cause for concern. If electricity went out in a City of New York for more than a couple weeks, the population would have to be evacuated, an expert told Koppel. The nation's largest city has only enough emergency meals to last two days. And an electrical outage has the potential for affecting a far larger area than a quake or hurricane.

As Koppel points out, there have been only four secretaries of Homeland Security and "each one of them has conceded the likelihood of a catastrophic cyber attack affecting the power grid; none has developed a plan designed to deal with the aftermath."

When the newsman asked Michael Chertoff, chief of that department under President George Bush, what he envisioned if a crisis arose, "he estimated that a concerted cyber attack could knock one or more power grids offline for several weeks. When I asked whether he believed the American people are prepared for anything like that, he stated the obvious: 'In some parts of the country, people do stock food and buy generators. In urban centers people don't do that. In New York you'd try to move a lot of people out over a period of time.' 'Really?' I asked, 'More than eight millions people? Where? How?'"

As another, former Homeland chief Tom Ridge, said, "We can be afraid, or we can be ready."

In the event of a mega-disturbance, readiness -- individual readiness (which we'll address next), along with prayer -- is the best and perhaps only preparation. We'll see what Koppel -- this staid, credible, mainstream newsman -- says about future "apocalypses" and preparation in a future article.

CAN TERRORISTS TAKE DOWN OUR ELECTRICAL GRID?