Lost in the hullabaloo over the economy is the trend toward global consolidation. Astonishingly, the United States has taken over private financial institutions and may now send hundreds of billions into additional private interests on Wall Street, as it absorbs debt and assumes a degree of control. It is a "soft" socialism -- something that would have been unthinkable just a couple years ago and places tremendous power in the hands of the Federal Reserve, which long has been feared as a behind-the-scenes player that will control the economy and work toward a consolidation (first of businesses, then of nations) which in turn would lead to a new world order, and perhaps even a single world system of finance and governance.

For many years, this has seemed in the realm of wild conspiracy, but to increasing numbers, it is not quite so wild any longer. No one here is saying that a single small group of strategists is controlling the world, but terms like "secret governing" directed by a relatively small number of officials are a consideration that has grown more acute in recent days. We have long said the conspiracy is more a spiritual one -- a spiritual trend -- than the work of any single brilliant Geneva-or-Brussels-based cabal. Many different entities, some large, some small, some open, some secretive (see: "Bohemia Grove," or the Bilderberg Group), are moving in the same direction: consolidation first of finances, then of governments. One sees this most starkly with the United Nations, the European Union, and now the move (at least at the level of finances) to dissolve borders too in the Western Hemisphere (a former leader of Mexico even used the term "North American Union" as a goal for his nation; and a number of U.S. presidents -- including Jimmy Carter and George H. W. Bush (Sr.) -- have employed the term "new world order"). Recently, former British leader Tony Blair, a Catholic, was at Yale speaking of the need to merge faith with globalization. 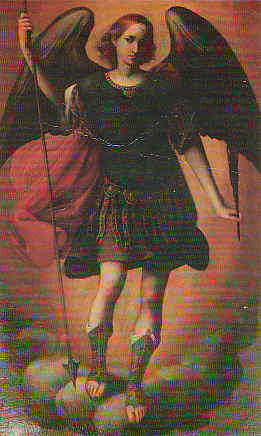 Now, we believe that one can go too far with all of this. Not everything is a conspiracy. But something about what is occurring on Wall Street (and at the Treasury) does not seem right. In the wake of the reputed financial crisis (no one is really sure what is occurring), we see headlines to the effect that "global firms" (as one article put it) are "set to move in." That's disquieting. Do powerful financiers actually manipulate developments and markets to such a degree as to change the landscape almost single-handedly, and for the strategic goal of a single governance (and perhaps also a single spirituality)? This is the fear because a single system could be controlled, then, or at least decisively influenced, by a personage of evil.

Is prophecy -- certain prophecy -- materializing before our eyes? We see quotes, some difficult to verify, to this effect. In 1927, it is claimed, the president of an international organization of educators foresaw a "patient and persistent" effort of "long duration" to wipe the "cobwebs of the old order" from our minds in order to form specifically a "new world order." We all know the strange course of education. Is it related? Since formation of the League of Nations, there has been talk of a new order buttressed by a global police force. Is that too part of the spiritual inclination? In 1962, Governor Nelson Rockefeller spoke of a new order that would answer economic problems. It would come, added a former deputy assistant secretary of state, after a "great booming, buzzing confusion" that eroded national sovereignty. Let us note that the current bailout proposed by Treasury would include certain foreign interests. President Bush Sr., it is said, wanted to make the United Nations a cornerstone of a new world order, but since that time others have sought other means because the U.N., thus far, has not been strong enough to finish the task. Is the best route, now, through finance?

It is a timely question. Paranoid? Perhaps. Or vigilant?  When both Russia and the U.S. have spoken of the need for a "new world order" (although often at odds, apparently, with the precise approach), one has to place more stock (to use a play on words) in fears that in fact an actual level of wealth influences governments and markets and banks on all sides to  a degree the public does not recognize. Let us go back to January 29, 1991, when President Bush Sr. said that what was in stake with Iraq was not just "one small country" but "a big idea, a new world order." This term has been used by many other officials. Innocently? These are quotes. And they seem to transcend political boundaries. In April of 1992, Senator Joseph R. Biden wrote an article for The Wall Street Journal called, "How I Learned to Love the New World Order." As for crises (military or financial) it is also interesting to note how banker David Rockefeller, speaking at the U.N., once said that "we are on the verge of a global transformation. All we need is the right major crisis [our italics] and the world will accept the new world order."

Such as a financial one? "The new world order is a world that has supernatural authority to regulate the world commerce and industry, an international organization that would control production and consumption of oil, [and] an international currency that would replace the dollar," said former West German Chancellor Willy Brandt. We know what has been happening with the dollar.

Pope Leo XIII wrote of such secret power as one that "bends governments... and forms an invisible and irresponsible power, an independent government." Some believe there are fewer than 500 people who control the governments behind the scenes. Some put the number at far smaller. "It is not emperors or kings, nor princes, that direct the course of affairs in the East," said Henry Edward Manning, Cardinal Archbishop of Westminster in 1877. "Three hundred men, all of whom know one another, direct the economic destiny of Europe and choose their successors from among themselves," intoned the former head of General Electric in Germany. "Since I entered politics, I have chiefly had men's views confided to me privately," said President Woodrow Wilson. "Some of the biggest men in the United States, in the field of commerce and manufacture, are afraid of something. They know that there is a power somewhere so organized, so subtle, so watchful, so interlocked, so complete, so pervasive, that they better not speak above their breath when they speak in condemnation of it."

Can this really be true? Most of these quotes are from a hundred years ago. And yet, that "patient, persistent" effort seems not far from what continues to form around us -- an inexorable trend toward one-world government -- as Asia consolidates, as Europe pulls together, and as the Western Hemisphere moves toward a European-Union-style of relationship among its entities. "The real menace of our Republic is this invisible government," a former New York mayor is quoted as saying. "At the head of this octopus are the Rockefeller Standard Oil interests and a small group of powerful banking houses. The little coterie of powerful international bankers virtually run the U.S. government... [and] practically control both political parties."

Oh, the finances of Washington! Oh, the unusual decisions -- and, oh: rush to consolidate financial interests, under a government umbrella. "The real truth of the matter is that a financial element in the large centers has owned the government ever since the days of Andrew Jackson," said President Franklin D. Roosevelt in 1933.

We take these quotes from "Final warning: The Birth Pangs of the New World Order," and struggle to discern. Another quote found elsewhere: "In countries where associations are free, secret societies are unknown. In America there are factions, but no conspiracies." That was Alexis de Tocqueville in Democracy in America, 1840. With so much disagreement among various players, one could be excused for having trouble seeing a clear, close-knit conspiracy.

Whatever the truth, the rush to "bail out" Wall Street is just that: too rushed. One professor warned in 1966 there was a group with the goal of "nothing less than to create a world system of financial control." This system, he said, would be controlled by "the central banks of the world."

Is it true? And if so: is it just greed? Or is it something more sinister?