NEW YEAR IS 2012, WHEN MANY EXPECT EVENTS AND 'SIGNS' TO BE UNUSUAL, IF NOT APOCALYPTIC 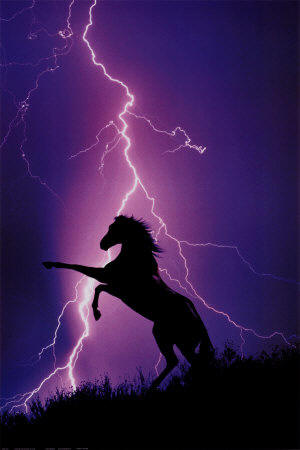 With the arrival of the year 2012 and all the hype about how December 21 of this year will mark the end of an ancient, 5,000-year-plus Mayan calendar in Mexico (implying that ancient elders there foresaw the end of a major period of time), there are certainly a lot of people thinking of the "apocalypse." Not since the year 2000 -- marking the end of a millennium, and fear of Y2K -- has there been such speculation.

We all know, of course, what happened with Y2K (as expected, at least here, nothing). Yet signs continue to build around us -- unrelated to 2012, but implying the end of a different sort of an era.

Once more, there is danger that legitimate prophetic instincts will be tossed in with errant speculation. Do coming events really honor the human calendar (or, plural, calendars)? There are those who fear mega-quakes, another tsunami, arrival of super solar storms, perhaps a collision with an unknown planet (from the outer solar system), effects as our solar system moves through a particular gravitational field in the Milky Way this year, disasters from nearness to a black hole, and so forth. (Pick an apocalypse.)

The view from here has always been that major events loom and will unfold over the course of the next several decades (manifesting already in the way of precursors -- such as all the weather events, which broke records in 2011), but that many who are interested in prophecy often jump the gun. New Agers look toward numerology and astrology. Evangelicals look for hidden codes in the Bible. We Catholics center our prophecy around apparitions like Fatima.

"At the time of the Deluge God gave man a warning period of 120 years," notes viewer Kenneth M. Heck. "If we begin the warning period for today at Fatima, October, 1917, then we may expect to see about about 25 or 26 more years of warnings, if we are given the same 120 years. The population today is probably much greater than at the time of the Deluge, but communications are much better. Think of all the millions and billions who have never heard about the warnings. There is still much to be done before no more warnings are necessary."

Here's an example of widely circulated (and of course unsanctioned) Catholic prognostication: "My child the birth pangs have commenced. The time has come for the birth of a new world, a new beginning. Many changes will now take place on earth the likes of which have not been witnessed before. My Heavenly Father is sending My beloved Son Jesus Christ to once again save mankind from his wickedness. You, my child, will witness a series of events which have already been revealed to you. You must not be frightened for this cleansing is essential in order to wake up mankind if souls are to be saved. The signs will commence as foretold. My children must accept these changes with a humble and contrite heart. Pray, pray for souls to discard the sin of pride and seek forgiveness for their offenses against God the Father. Failure to redeem themselves will result in a severe chastisement. My Son’s mercy is so great He will give time to my children to repent. But you must pray now for all souls so that they may be worthy to enter into the New Era of Peace."

This is all in the idea that we will one day (soon) witness a great "warning" (others say warnings, again plural), followed by chastisements or purification. Such a warning would be some sort of terrifying event that causes us to search our souls.

"It is rumored, in some circles, after the great warning that is coming prior to the chastisements, God will allow a day of 'comfort,'" wrote Kelly Atkins from Louisville. "This day of comfort will be where God allows a very real experience with some of our familial deceased. A Carmelite nun who I know, and who subscribes to this belief, said, 'It will be unprecedented to the extent of having a pot of your deceased mother's favorite tea on as well as her favorite cake!' Sister goes on to say, 'It will be just like Jesus when He appeared after the resurrection and said, "Touch me, handle Me; have you anything here to eat?"'"

We're not sure of that. We are relatively certain that the spiritual world (good and bad) is unusually active. Back to 2012:

It is very precarious, obviously, to say the least, to base prophecy on paganism. Yet, the year happens to fall in a period of what have been those intensifying precursory events. 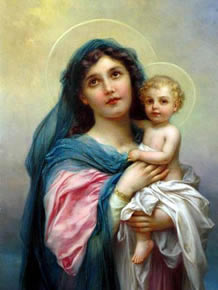 As a newswire noted, "The Mayan civilization, which reached its height from 300 A.D. to 900 A.D., had a talent for astronomy. Its Long Count calendar begins in 3,114 B.C., marking time in roughly 394-year periods known as Baktuns. Thirteen was a significant, sacred number for the Mayas, and they wrote that the 13th Baktun ends on Dec. 21, 2012. The doomsday theories stem from a stone tablet discovered in the 1960s at the archaeological site of Tortuguero in the Gulf of Mexico state of Tabasco that describes the return of a Mayan god at the end of a 13th period."

Will all the anticipation cause everyone to disregard prophecy in general, at least for a time, a year from now, if no apocalypse occurs?

That would be a shame -- and as dangerous as (at other end extreme) hyped speculation.

For pre-signs aplenty there are.

"Our power was just restored, after Typhoon Washi released an unexpected punch to the Philippines," blogged Timothy Snodgrass, an alleged Protestant prophet who often and uncannily turns up at sites just before a disaster (he was also in Japan during the tsunami). "On satellite, the approaching storm looked very small and unthreatening. The massive power from the storm was totally unexpected. I personally have never seen anything like it. Entire villages washed out to sea, and many areas of the southern and central Philippines are still under water. Thus far, 436 bodies have been recovered, but some officials estimate that casualty figures will rise into the thousands. I personally became trapped in a commercial building when the storm hit without warning, and could not leave for eight hours because of extremely high winds and flooding. While trapped in the building, windows on both sides of the structure blew out, and I became soaking wet from the rain blowing through the structure at the speed of a freight train. Continue to pray for the Philippine Islands. Countless families have been devastated due to loss of loved ones, and tens of thousands have been made homeless by this rare December typhoon."

Other non-Catholic Christians have intuitions and dream-visions that are often curiously similar to that of conservative Catholics. They too expect a dissembling. In a searing dream, one Christian rabbi "saw" a house representing America and its foundation on fire, causing little fires to break through the floor (there was still time, he felt, to stomp them out). Another, who operates Streams Ministry, claimed to have an unforgettable dream in which he was told that a solar event from a "waking sun" causing a magnetic storm would disable satellite communications and take down the internet and cable and satellite TV for a significant period -- say two weeks, give or take a few days: leaving the banking and commerce systems in utter disarray (his advice: keep hard copies of receipts proving what you owe and are owed, so you can't be charged more than is accurate, if electronic records are permanently lost, as well as enough cash to last several weeks). Like others, he foresees coming societal turmoil and roving mobs -- when, he is not sure (whether months or years from now). Here, we must be careful not to become paranoid (nor to let the devil insert fear).

Obviously, because they can have their wellspring in the subconscious, one always has to be exquisitely cautious with the prophetic -- whether locutions (especially problematic) or searing night-time visions. If fear is the result, with no consolation (nor truly maternal heavenly touch), that is a red flag. Are we hearing recycled prophecy from twenty years ago, or is the flurry of such "words" simply because events grow ever closer (as opposed to concerns over relics such as the Mayan calendar)?

No doubt, there is much peculiar phenomena, and not all of it can be instantly discounted. During 2011, was there was an inexplicable light that seemed to shoot from the Dome of the Rock in Old Jerusalem toward the sky like a biblical portent -- or was it a hoax that simply gained currency on YouTube and through e-mail? Some called it an "interdimensional orb," bringing to mind old myths from Indians of what they called "spirit lights." 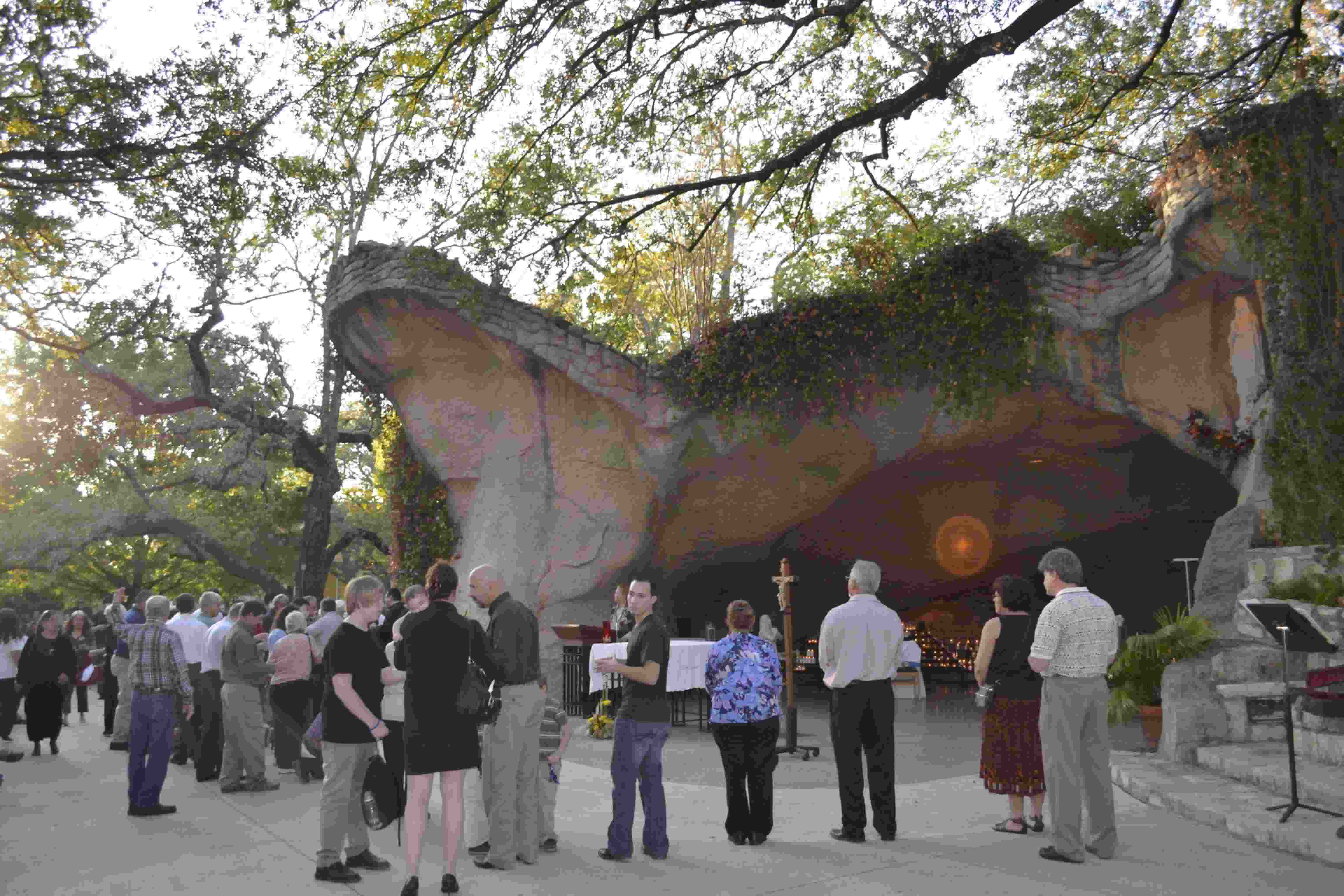 Whatever they are, or aren't, strange lights were unusually prevalent, from Russia and Mexico to China, in 2011, as they also were during the Middle Ages (before the great plague). Armed with digital cameras, which are now so ubiquitous, photographs of orbs come from all over, many the result of reflections and refractions, some more interesting than others. A result of technological artifact or a rise in a phenomenon?

For example: "Your orb story is fascinating, and relates to a story we did here at KENS-TV this month," we heard from viewer Joe Conger. "Attached is a photo taken the first week of November 2011, at a San Antonio mass with the bishop in the city's replica of the grotto. The orb you see in the picture started at the womb our Our Lady's statue and descended to this spot, where the bishop was offering confessions. (This was the end of a healing service.) The woman in the crowd took about 150 photos that day. The orb only appears in a succession of several photos at the Mass."

Some of the "UFOs" (including one over Germany on Christmas Eve) appear to have been meteorites or satellite debris or in the Mexican case perhaps a failed rocket. Other lights are more difficult and sometimes much more difficult to explain.

As for 2012: It may give us pause that the big date of December 21 is also the winter solstice -- a special day for New Agers, witches, and other pagans.

While the 2012 hype might increase interest in the Maya, "that will probably be offset by the long and difficult effort ahead to correct the ubiquitous lies and misconceptions, even after 2012 has come and gone," David Stuart, a specialist in Mayan epigraphy at the University of Texas at Austin, said in an email to the Associated Press. "It's all a bit frustrating for serious Mayan researchers whose field has made huge strides in recent years. This new historical and archaeological knowledge is so much more interesting and mind-blowing than the fantastical claims about Maya prophecies one sees on TV, books or on the Internet. We're dealing with thousands of newly deciphered texts and trying to weave together a coherent picture of Maya history and culture, which to me is as exciting as it gets."

When it comes to wise old Indians, and wisdom, perhaps it is better to look toward an old Cherokee who was teaching his grandson about life. "A fight is going on inside me," he said to the boy. "It is a terrible fight and it is between two wolves. One is evil - he is anger, envy, sorrow, regret, greed, arrogance, self-pity, guilt, resentment, inferiority, lies, false pride, superiority, and ego." He continued, "The other is good - he is joy, peace, love, hope, serenity, humility, kindness, benevolence, empathy, generosity, truth, compassion, and faith. The same fight is going on inside you - and inside every other person, too." The grandson thought about it for a minute and then asked his grandfather, "Which wolf will win?" The old Cherokee simply replied, "The one you feed."

[see also: Mexican Mayan region launches countdown, 2011's weather records, Will 2012 be apocalyptic game-changer?, NASA: apocalypse not yet, and 2011: the year the world was supposed to end, twice]