PROPHETIC PULSE: AVOID THE PARANOID BUT ALSO LISTEN TO WHISPERS OF YOUR INTUITION

Whether due to the economy, inclement weather, or the threat of future disaster, many are those who receive the inclination to "prepare," and it's always wise: to be ready for the eventualities of life, most important, spiritually.

But what about mundane readiness? Is it right for a faithful Catholic to project upheavals or disruptions in the future, or is that "chicken little" and running for the hills and false prophecy?

What's for sure is that a faith-filled Catholic does not fear. There is nothing that can blot out the power of Jesus. And so, no matter the eventuality, we have the recourse to miracles. No dark is greater than His Light.

But even government experts are issuing increased warnings about the coming years, not only of potential terrorism but also natural disasters. We have heard the utterances for years of coming great storms; for decades about the potential for earthquakes (although lately there is enhanced talk of such occurrences in the Midwest); of hidden volcanic activity (see Yellowstone); of epidemics (a type of flu has been found resistant to any medication); and most recently, a report from the National Academy of Sciences detailing how geomagnetic storms caused by the sun could damage the infrastructure of modern society, causing "a cascade of failures that could sweep across the country, rapidly cutting power to tens or even hundreds of millions of people."

Because modern power grids are interconnected, according to the report, "impacts would be felt on interdependent infrastructures with, for example, potable water distribution affected within several hours; perishable foods and medications lost in 12-24 hours; immediate or eventual loss of heating/air conditioning, sewage disposal, phone service, transportation, fuel resupply and so on." Melted transformers can take months to repair or replace -- so a single extreme storm could make itself felt long after the end of unusual solar activity. 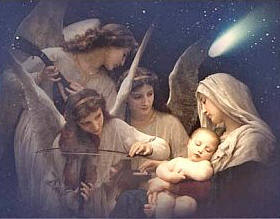 These are not predictions from psychics or "doom-and-gloom" prophets but simply an increased awareness by the secular scientific world that our planet has traveled through a period of unusual calm since the Middle Ages. Like the economy, that could rapidly change.

It is always wise to have extra food and water on hand. Due to hurricanes, we have "meals-ready-to-eat" (and other supplies). It doesn't hurt to be prudent. And it isn't just cyclones or solar events. A huge ice storm can likewise knock out power for a large region. We are entering a period of heightened circumstances, including societal unrest. When events come, they will occur in ways that were not prognosticated. And so, how to be prudent?

"It's very simple; just do this," states Kate Saunder, a teacher in St. Louis.

"2. Mark these with the expiration dates in an obvious, visible place.

"4. Rotate goods so that the oldest are the easiest to access (newest on the bottom).

"5. Use the oldest goods first, if needed.

"6. Several months before the expiration dates, donate the cases of close-to-code-dated goods to the poor. If we do so, we will be accomplishing this:

"1. Our personal, corporal security by having access to fresh food and water supplies for up to twelve months in the future.

"2. Our charitable, spiritual well-being by feeding the hungry.

"3. Our reduction of waste by avoidance of spoilage.

"It's time to invest in our spiritual and personal welfare. There's still time, but not much. Once again, please pray and publish this. "

Granola bars, water purifiers, Tylenol, firewood, anti-diarrheal medications? We get many suggestions. As for the prophetic pulse, we will neither accept it whole cloth nor disdain it. God whispers to all of us. In prayer, during Communion, in the confessional, we hear Him.

But there is a special pulse out there among both scientists and evangelicals and we are told by Scripture to consider (and not despise) what may be "prompts" from the spirit. In that light, we peer further into recent e-mail:

"I just read your post this morning where you mentioned storing several weeks worth of food and water," wrote Bob French of Alexandria, Virginia. "I was just thinking about that very thing, as I heard an evangelical pastor on the radio this morning say we should store two or three weeks worth of food for when 'the famine hits, and the trucks can't get to the stores.' This same pastor had someone in from Minnesota several months ago giving a seminar on how to get ready for famine, and I ignored it. A charismatic priest that I know once told me he had a vision or a dream (I don't remember which) of people frantically buying everything on the grocery store shelves. This was at least ten years ago. If you run across any practical articles on what kind of food to store for emergencies and how, perhaps you could post them. I used to think this was nuts, but not anymore."

For your discernment. How hard it is!

"As always happens at the time of my stage of sleep when I am not quite asleep, but about to fall asleep, and am awake enough to know I am not asleep, last evening I heard the words spoken to my soul: 'A great chastisement will come upon all of mankind,'" claims Paulette Kolmar of Crystal Lake, Illinois. "I stayed awake and said the Divine Mercy Chaplet. Sometime during the night I dreamt that I was in a room with a man I did not know. He was a worker of some sort as he had a hard-hat on. He said, 'It's about a minute away.' And I knew he was talking about a destruction of some sort. I woke up and knew that it was not a minute away as we know a minute. But soon. I feel the urgency to stock up on items and pray, pray, pray. A prayer was given to me at Adoration: Merciful Jesus, turn back the hand of Your Father's wrath. Have mercy on people wherever destruction may come. Bring forth souls to God that they may not suffer despair. Amen.' Thank you so much. I will write again. If possible, can you pass along this prayer?"

[resources: Sent To Earth and Tower of Light]

[see also: Katrina-like space storm brewing? and The economy and the Black Death]

[Said Mother Angelica of Sent To Earth: "If you didn't buy his book, you're missing it. It's not a scary book; it's a very good book. If you haven't bought it I would buy it. I think it's a great book, just terrific. I think it's important for my future and your future. I want you to read Sent To Earth. Why? It's logical, it's truthful, it's sensible, and it's God's way of saying, 'Let's be ready.'"]