AS EVENTS COME ONE AFTER ANOTHER, PROPHECY TO DO WITH TECHNOLOGY BEARS CONSIDERATION 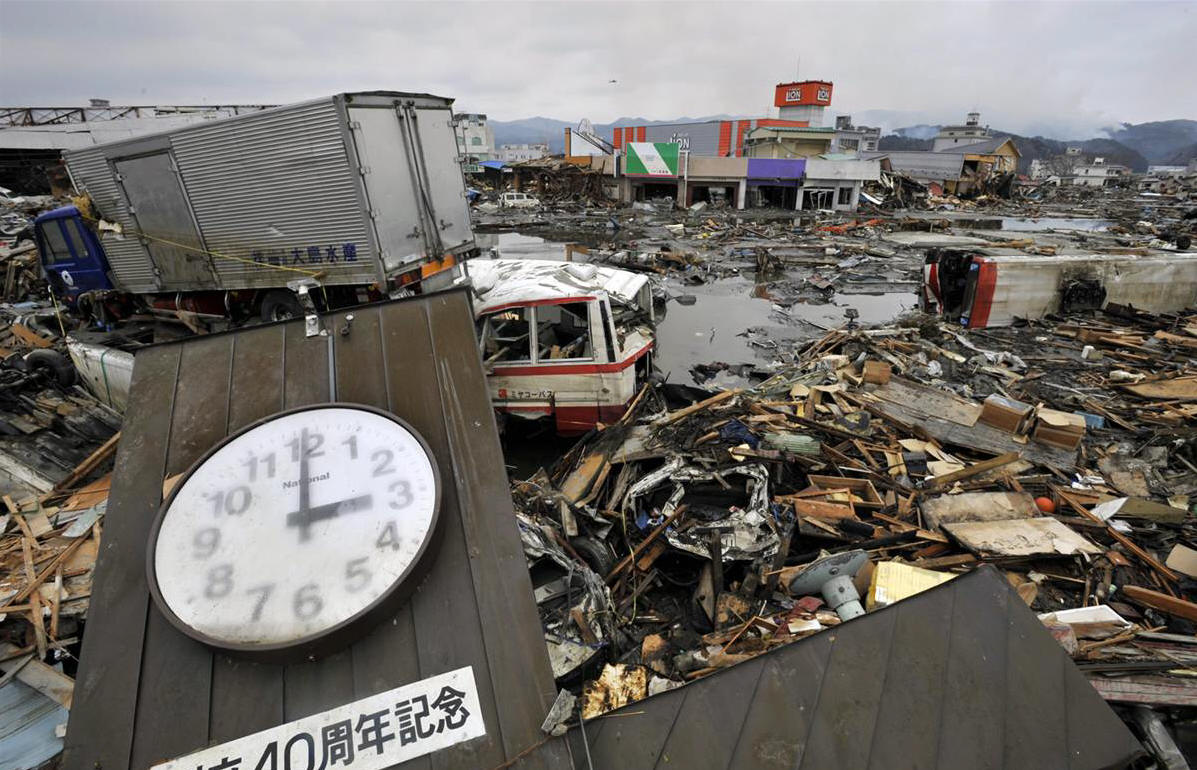 Is it not enough that in less than a year the world has watched oil spew with what was feared to be no end in the Gulf of Mexico and now watches, at the other side of the world, frantic attempts to halt what many fear could be an endless spewing of radioactivity into God's Creation?

This causes us, as any number of events have, to look again at the "1990 prophecy" -- which said: "Chastisements will differ according to regions, and like the great evil, will not always or usually be immediately noticeable for what they are. In the period also will be a warning that involves not fire from the sky but fear of fire from the sky, and strange loud rumblings. This, according to mankind's response, will then be followed by another chastisement, or the inevitable onset of the change of era. Your era is ending. Soon the world will not be the world you know. I am not speaking of a barren world, or one depopulated, but of the end of your technological era."

They remain strong words but less radical than they seemed twenty-one years ago now that so many are talking about technology that is out of control and there is widespread fear of radiation.

It is always hard to definitively connect events with prophecy. As one viewer points out: "As regards prophecy we know that however we interpret things, the reality always pans out quite differently, yet completely fulfills the prophecy."

Did a famed Venezuelan mystic (now up for beatification) indicate something that may be connected to the events in Japan when she spoke to future inventions?

"The damaged reactors in Japan keep reminding me of the message from Maria Esperanza," wrote one viewer of this mystic. "'It will be the key to nuclear energy, which will be shocked,' she said, quoting an alleged message about a device that she says will eliminate harmful radiation. 'Its reactions will grind to a halt, and then the time will come in which it will be used for pacific purposes, for man's well-being and for the probable happiness of better days.'" By "shocked," it's not clear what, supposedly, would shock them: an event or the invention.

Often, it is the feeling of the moment (or photos like that above) that alert us to the notion that events are special -- as well as their timing. A Protestant evangelist Timothy Snodgrass, who has predicted a series of disasters for the earth, writes, "Thank you so much for your prayers while I was stranded in Japan after the March 11 earthquake. My one hour stop-over in Japan from Manila turned out to be 38 hours, and the quake -- which Japan has now upgraded to magnitude-9.0 -- took place one minute before I was to board my plane (Delta flight #58). The timing of the quake -- in relation to my flight -- sounds so incredibly unbelievable that I decided to keep boarding passes and documentation of the trip, in case there are any questions in the future. The odds that a person would experience even one 9.0 quake in their lifetime is almost zero -- but the odds that you would experience a 9.0 quake during a one hour stop-over in another nation, one minute before your connecting plane was to depart, is astronomical."

Meanwhile, there certainly have been regional events. And the pace at which they occur has intensified. No longer is there a decade separating an event like Hurricane Charley from one like September 11.

There was "Katrina" and the Asian tsunami and the Gulf spill and now Japan, leading to a heightened stage.

We can go too far with these matters, of course. But the simple fact remains that some of the most radical prophecies have come from revelations that have Church approval -- such as those at Kibeho, Africa, which foresaw the 1994 genocide there and warned that the entire world was headed toward an "abyss."

Abyss is a word that has been used during the past week.

Events can happen in many ways -- and will doubtless come in ways unanticipated.

"With regard to the message of Akita, I was praying one afternoon and I asked Our Lady to show me how fire could fall from the sky," writes one of the viewers quoted above. " I had imagined a volcanic eruption with fire falling on those below, but that would be restricted to one spot, not the earth. Anyway, I later put on the television and there was a round-table discussion on BBC. It was composed of Nobel laureates in science, astrophysics, geophysics, and so forth. I listened, with my mind still on the message of Akita and the problem of the falling fire. Suddenly, one of the professors changed the subject and, apropos of nothing that had gone before, stated that there is now so much debris and gas floating in a ring around the earth, that the smallest meteor or even a piece of debris being drawn into earth's atmosphere could cause the gas to ignite through friction and that would cause fire to fall from the sky! I just sat there dumbstruck!"