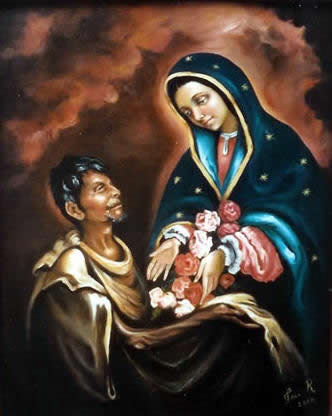 What goes around comes around, in this eleventh hour. We look at the recent news and note that a famous football player was sent to prison for an armed robbery that occurred more than a decade after he escaped a similar sentence for the alleged murder of his wife and a friend in Los Angeles. His verdict occurred on the very anniversary of his wife's brutal death.

"I think he got what he deserved," said Greg Wheatley, 32, of Los Angeles, at Universal CityWalk. "You do things and you've got to expect karma to come around."

Some call it karma. We call it justice. There is the billionaire who called what he did "grave dancing" -- making money off distressed properties. Monday, his major media property filed for bankruptcy.

But that's never true in the end. We all face an entire review of our lives, and usually the ill effects of evil begin in this life, often with hidden misery. "Success" can be bitter. It comes to us in small ways. When we are harsh in our assessments of others, we are then viewed in the same harsh light by fellow humans (whether or not we realize it). They wear the glasses we give them. When we hurt others, circumstances arise later that cause a similar level of hurt (or worse) to us; when we wish a negative on a person, the negative eventually visits us, although it comes in God's time, not ours. He is not mechanical. He did not invent the clock. His "time" is timeless. But justice comes. As you measure to others, says the Lord, "it shall be measured to you again." Take the example of Judas. If you wish hardship on a person, especially through jealousy, that hardship, or that level of hardship, will occur in your own life.

This is true too of the world, which now is in a period of judgment. The "high" times -- the extravagant times -- are now low times, and will get lower.

Whatever the efforts and assessments of politicians (and economists), there is a great downward pressure. The beach ball may pop up occasionally, but it is being held down into the water by a force with which economists can not reckon and may deflate altogether. Just months ago they were saying the economy was fine. They do not have the large picture. As yet, no one does.

It rains on the good and evil in this world and so it is prudent to be prepared. It is not prudent to "run for the hills." It is a time, this eleventh cycle, to prepare spiritually: both in purifying the soul (which should always be ready, no matter what the economic cycle) and in prayer that will direct us as to what needs to be done to prepare for the times ahead.

At the practical end: In any time, in any era, it is always wise to store several weeks worth of meals and water (there are even "meals ready to eat" available that last for years); medical supplies that would last into any shortage; perhaps a backup freezer; significant monetary savings that are liquid; and to exercise frugality, especially with electricity and cars: self-sufficiency to the extent that it is feasible in your life. Look toward simplicity. This is advice applicable whether we live in an area prone to snow, fire, earthquakes, or hurricanes. We do advise this. The "word" here is disturbance. There will be a great "smoke," a loud "rumbling, and a great "light."

Many months ago, we ran an article warning that major banks were going to fail, an article that was met with the protest of a financial professional who said we were panicking people. After a day, we took the article off. We should have allowed it to remain on. It materialized. We face not terror, but a challenge, a test of love.

Panic, no -- never. God is with us more than He has ever been with us. His grace flows in direct offset of evil and in proportion to our needs. Look around and see His special manifestations! Perhaps they are not all supernatural, but some -- perhaps many -- are, and as such, they are a sign.

But we are at the cusp of an era that will see periods of upset, upheaval, and even chaos, but for those who are with God; they will be at peace. Tranquility can reign anywhere.

[resources: The God of Miracles]