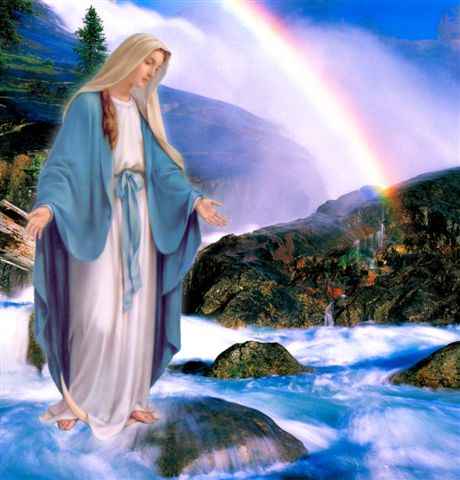 There it was, in the cold print of a secular magazine.

"We've changed the nature of nature," said Devra Lee Davis, director of the Center for Environmental Oncology at the University of Pittsburgh, referring to chemicals in our homes and in the environment.

This was in Newsweek, and without knowing it, he was falling right in line ("we've changed the nature of nature") with the "radical" notion contained in the alleged message we so often have quoted as the "1990 prophecy" (granted to an anonymous locutionist in December of that year).

It was quite a remark to be made eighteen years ago and was followed fourteen years later by a second equally startling "word" alluding again to science, describing its alterations of God's Creation, and warning in 2004 that "a very dramatic effect already is in progress as regards the support structures of what man calls nature."

That implied chemical contamination and could also been seen as an allusion to genetic meddling, nano-technology (fantastically small man-made particles they are currently manufacturing for various uses), and the creation of synthetic life. It almost surely related to cloning. But we focus here on the allusion to chemicals and Dr. Davis's concern about how, in the words of Newsweek, "scientists say we're now awash in a chemical brew of hormone-mimicking compounds that didn't exist 100 years ago." 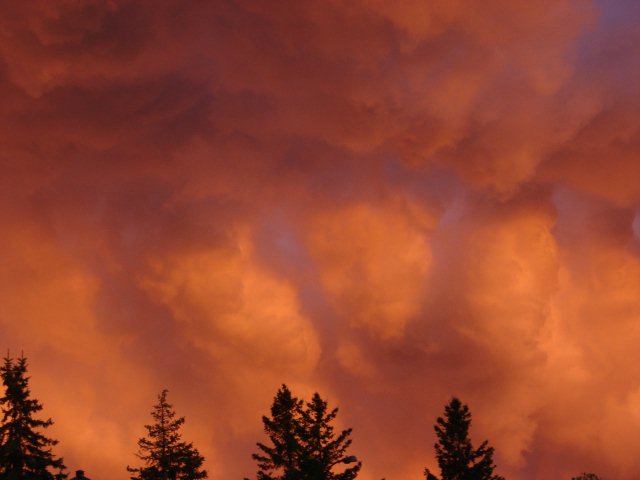 Indeed, PCBs are now in ninety percent of human mother's milk samples that are tested (and also found in  the flesh of polar bears); a  plastic compound used for baby bottles, sippy cups, and juice bottles is now found in 92 percent of Americans six or older; and in 2005 one study listed an average of two hundred chemicals in the cord blood of ten newborns -- making this a pro-life issue.

Researchers are now finding traces of prescription drugs in drinking water coast to coast -- including sex hormones from birth-control pills.

Already, there is strong evidence that contraceptive residues have altered or confused the genders of fish downstream from such effluents.

Animals with both male and female genitalia are being found, or males with females organs, and vice versa.

For years, frogs have been seen with extra limbs or deformities.

Nano-particles of silver implanted in socks to combat odor now cause worry that in the open environment -- where such particles have never existed before -- they may hijack life-giving processes [see here]. These particles -- indeed, going right to the "support" structure of nature -- have been linked to pre-cancer in mice.

Add to that the incredible fact that the same corporations that manufactured the long-lasting toxic compounds are now producing genetically-altered corn and other crops -- altered so that they can bear even more in the way of herbicides and pesticides.

And that brings to mind another part of the 1990 prophecy, that "addendum" in 2004 that also had the mysterious expression that "a very dramatic effect already is in progress as regards the support structures of what man calls  nature. Such cannot be allowed to take the final realization of total realignment when it comes to the very way elements and life forces interact."

In other words, if the physical compounds are profoundly altered, there is now discord between those materials and the spiritual forces that organize life -- the Holy Spirit. How do we know what the result of that might be?

Do we really think the chemicals and microwaves and electricity that pervade our existence are not having some kind of effect on the foundation of the natural setting God created?

A crisis -- a spiritual crisis -- has long been afoot, a crisis not considered by many Christians and yet one that may displease God more than we ever imagined.

Is this a hidden reason -- not the sole one, but another reason -- why a major purification centered upon nature -- on natural events -- is in the offing?

New Orleans, one might point out, was among the very most chemically contaminated cities before "Katrina" (which means "purification").

[From the mail:  "Two years ago this past September my health took an even more peculiar turn," states Mary Ann Gergits from Naperville, Illinois. "I began exhibiting reactions to computer mouse usage with burning going up my right arm and eventually down my torso and into my right foot, along with many other symptoms. I have been diagnosed with ES, or electromagnetic sensitivity. I am now having burning in my body when I drive near power lines. Cell-phone usage is off limits as well as minimal touching of anything digitally electric like remote controls, digital thermostats, electric stove, and so forth."

"Many of us are so sensitive that we live as virtual prisoners in our homes, or worse, cannot find anywhere safe to live. Those who are homeless live hellish lives, not finding anywhere to rest, to be indoors, to be cared for. Many are ex-professionals who were poisoned at work. It so happened that local growers sprayed their crops yesterday, and I was unable to drive home. I had to leave my car. A stranger brought me home. Thank God for him. It took me eight hours of seizure-like episodes before I started recovering enough to walk. This is a daily threat for me. One might say, why don't I live away from farmers? Well I have. Everywhere there are people, there are pesticides and countless chemicals being used. We've been calling ourselves 'canaries in the coalmine' for the past forty  years. Our bodies are among the first to yell out that all this tampering with nature is not good for us."

Imagination -- or a sensing of an effect that may be affecting all of us, if more subtly?

Noted another: "I am chemically sensitive. I don't know if you've heard of people like me. Those with Environmental Illness (EI) have immune systems compromised in such a way that we cannot detox like other people can. Minute amounts of hundreds of different modern chemicals can poison us. Before the last century, there were no reported cases of this problem. Now studies show that approximately three percent of the U.S. population is overly sensitive to modern chemicals to the point that it affects their ability to work and conduct daily life chores."]