by Immaculée, the amazing account of a Rwandan pagan boy who crossing a field one day encountered a Man soon identified as the Lord -- a Man Who instructed him on great truths of life, taught this biy who never heard of the Bible the Catholic faith -- astounding priests and other faithful -- and gave grave warnings about future disasters and, alleged His Coming in the not-so-distant future! click here

FOR THOSE WHO SEE THEM, SIGNS OF THE TIMES ABOUND ALL AROUND, FROM SNOWSTORMS AND HAIL TO LOUD RUMBLINGS 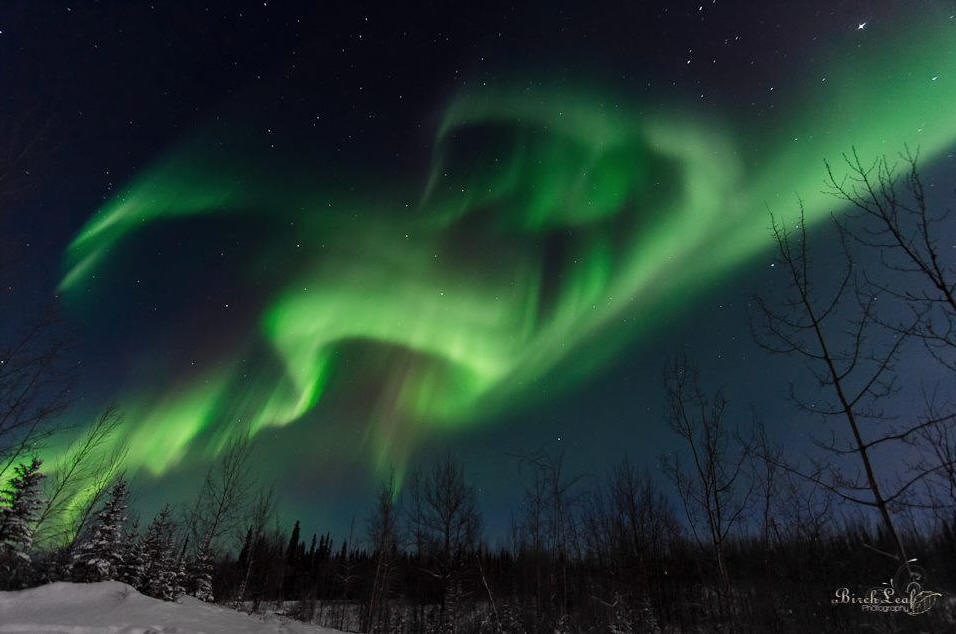 You would swear the "joker" is in the aurora.

As the sun plays games, the joke's on us.

In Australia, they're battling record heat -- and fire. In the Arctic, it's warmer than ever. Ditto parts of Alaska.

But meanwhile the lower forty-eight, or at least much of it, has seen an intensely dry (see California) or cold winter -- with more of the Great Lakes freezing over (including part of Niagara Falls) than in many decades.

In the realm of the prophetic -- which we do here -- it's important to go beyond simple linear trends (warming, cooling) and look at the occurrences of extremes. We'll be discussing this at our retreats next week in Texas.

There are ice storms in Georgia and Texas (one recent hailstorm in Amarillo piled up several feet of the stuff), and floods in London (along with one-hundred-mile-an-hour winds) and a major snowstorm in Tokyo while we still receive reports -- they have never really waned -- of strange loud booms and rumblings.

Let's simply quote a newswire: "At around noon on Thursday (February 6), firefighter Michael Maykrantz was on duty in Ocean City, when the doors of the firehouse started rattling and the floor vibrated and shook. 'We've had sonic booms in town before, but this seemed different,' Maykrantz told the Baltimore Sun. 'It was more sustained, and then there was a pause for about a minute — and then it started again.' Was it an earthquake, a sonic boom or some other mysterious phenomenon? Despite a number of official investigations, some frazzled Maryland residents still aren't sure what happened."

"Frostquakes" have been ruled out. Maybe it was a sonic boom. Maybe not. A quake hit Richmond, Virginia, two years ago. We'll address this at our retreat there in March.

There also has been rattling in (and no surprise) California: three temblors in two weeks in the same area of the Los Angeles Basin (last two: Hollywood). "The region remains overdue for a massive quake," noted a newspaper. "The southern section of the San Andreas Fault, which starts near the Salton Sea and runs north to Palmdale, has historically caused a large earthquake every 150 years on average. It has not ruptured since 1680. 'There is a very high probability that it will rupture in our lifetime or our children’s lifetime,' Anthony Guarino, a seismologist at CalTech, said. 'We use these small quakes as a reminder: You need to be prepared with a week's worth of food and water and have a plan of action,' he said. 'Don’t run outside, don’t get in the doorway. Drop, cover and hold on to something.'"

Just yesterday (2/11/14) a small quake rumbled along the shores of North Carolina.

There was also one in Massachusetts.

Mysteries above, also: astronomers are amazed at the rate at which the North Star -- Polaris -- has brightened.

We do have to be cautious not to over-analyze. We can be overwrought. Things always happen. But it's amazing how many faithful Catholics have forsaken the "signs of the times" (in society and nature).

One reflects another. We don't think any coincidence is wasted. One can go the mystical route and cite a French priest currently making the rounds with what he says was a vision of a great sign or miracle that will come one day not far in the future and entail a cloud by day and an inexplicable luminosity by night (on a mountain of alleged apparitions).

We report. You can do the discerning. It's fascinating, reports of a weeping statue in Israel at the same time as a statue of Lourdes supposedly "blinks" in India. Whatever the cause or source, folks have thronged to the sites.

When it comes to our society, there seems to be an absolute upsurge of the demonic, as we also note great imbalance, spelled vividly for us in the fact that in 2012 doctors reportedly wrote 250 million prescriptions for anti-depressants in the United States (with thirteen percent of the population on them). More than fifty and perhaps up to seventy percent of Americans take some kind of prescribed medication. There are certainly some unique spiritual, medical, and sociological trends. The greatest current signs are the afflictions around you.

But it doesn't hurt to watch other indications as well. To envision what it might be like during a major disturbance, look at what occurs during relatively minor ones, like the ice in Georgia, which caused supermarket shelves to instantly empty and reportedly led to ransacking. It doesn't hurt to have supplies in our own homes. As for the economy, there are some who claim "scary" parallels with the current stock market trend and that before the Great Depression. It's hard to quickly judge the legitimacy of such charts.

Gloom and doom? A seer from Medjugorje in Bosnia-Hercegovina has emphasized, as often the visionaries do, not to obsess over the future. After all, the great future event that should concern us most is our own passage into eternity. What could be more important? The world will definitely end for everyone of adult age within a century!

Back a year ago, at a prayer meeting at the Grand Theatre in Canazei, Italy, Medjugorje visionary Marija Pavlovic-Lunetti made a good point, saying, "What  do  we  have  to  fear? The  prophets,  hurricanes, or  that  the  end  of  the  world  is  coming…?  The  end  can come every day, but it seems that our life depends on the horoscope of the day, but we must learn from those in the past who trusted God [Marija said, according to the local newspaper Trentino Corriere Alpi]. I do not know what will happen to us, but God teaches us that without Him there is definitely no future for us. What is a hundred years if there is no eternal life? We are too busy with evil, television and computers, but how much time do we devote to God?” the seer also reportedly said. “I do not know what will happen tomorrow – but the important thing is to have your heart free from anxiety, fear, pain, and live through every test of your lives, remaining steadfast in prayer and love,” Marija added [according to the regional newspaper L’A d ig e].

This is very good advice.

But we should add: on September 9, 2001, Marija appeared at a Marian conference in downtown Sacramento with someone we know who during the conference found himself blurting out that the U.S. had stepped over the line, that matters had gone too far, that "fire will now fall."

This person repeated the same line the next night at a church dedicated to the Little Flower near Salt Lake City.

The morning after was 9/11, which might indeed be interpreted as fire falling.

Marija -- who had joked in Sacramento that the prophecy seemed a bit overwrought, and who herself had no indication of the terrorist attack -- months later cornered the sponsor of the conference and told her to tell the speaker who spoke of falling fire that he was a "prophet" (though perhaps the speaker was simply observing the obvious).

[Note: we will strictly follow any Church rulings on any apparition]

[Note: photo of snow on house is from Russia]

[Donations: we need and appreciate it!]