Two weeks ago, we had an article about a prophetic "word" that foresaw the rise of a "great smoke" as some sort of sign. When such a sign is seen, it purported, the battle between dark and light would reach a critical juncture.

We are all in a battle between good and evil. It is a struggle, yes -- but also a magnificent time to be alive.

There is special grace in the challenge of a special time.

Fight darkness with love and you will have nothing to fear (you will only conquer)!

But what about prophetic words? How much stock can we put in them? Do they prepare us for more challenges ahead -- with metaphors -- or just cause fear? By the fruits you will know them.

As usual it is all for your discerning, and only that, which is only fair. The precise wording: "When you see the great smoke rise, Satan will have touched the earth. His manifestation will be near. He will seek to destroy what Christ has built, as Jesus came to destroy the work of the devil. In the end, the Cross will predominate, but not before the end of an era that has strayed."

The question, of course, is whether it was a legitimate word of prophecy and, if so, what that smoke might entail. Is it just a symbol of societal evil? You be the judge. Might it be a terrorist attack? September 11 certainly caused a lot of smoke (with widely reported evil visages formed in it). Could it be a nuclear device? The bomb causes a mushroom of smoke that certainly rises in a very distinct and "great" fashion. What about a volcano? Many have been speaking of the mega-eruption that could occur at Yellowstone National Park, as well as elsewhere. The dust from a comet? Or might it be something like the smoke that rises from the Vatican chimney when a new pontiff if elected?

There were some interesting reactions from viewers. Let's take a quick look at what others have "received."

"Two nights ago I had a dream that I haven't been able to forget, then today I saw your February 19 piece about smoke rising," wrote Matt Lucas from Cleveland, Ohio. "It seems to me that I was in a backyard near the garage talking to someone. I think I was at some kind of yard party as there were lots of friends and family there. Some details are a bit fuzzy, but I think I was talking with my father who has been dead for 36 years (and I rarely, if ever, dream about him).

"As we spoke a deep rumbling and whooshing sound was building, and seemed to be coming from the north -- behind the garage. We stopped talking and began to look around, and still the sound kept building.

"Then, as we looked north (I don't know why I know it was north), above the garage rose very quickly a huge (and I mean huge) tower of smoke. It looked like the stem of a great mushroom cloud as from an atomic blast, except it never mushroomed but instead kept towering higher and higher, very quickly, and the sound was so intense. Suddenly I found myself talking to my wife, telling her we're going to need weapons, and then I was suddenly walking down my own street toward my house and everything was very dark. I remember thinking to myself 'this is gonna be bad.' That's all I remember, but when I saw your article today I just stared at the headline. I don't know what, if anything, this dream means, but I felt compelled to share this with you and possibly your readers. I am choosing to think that the weapons reference points to the Holy Rosary, as I have been praying it every night since Lent began.  It just feels right to me, but this towering smoke-cloud had a very strange feel to me, and I didn't think it has anything to do with an atomic blast."

Are men (and women) dreaming dreams of the subconscious, or, as in Joel, prophetic ones?

At the least, we can draw from such the message that the best time of year for spiritual cleansing (and preparation) is precisely during Lent.

The subconscious is remarkable. In dreams, is it only that?

"In reading your article, I thought of a dream I recently had," said Dave Marrazzo in Mechanicsburg, Pennsylvania. "In my dream, there were volcanic eruptions happening all around me. The eruptions were in areas that would not normally be associated with volcanic activity (residential communities). As I'm sure you can imagine, there was Great Smoke associated with the eruptions. I do not know if this will come to pass; I am only passing along the dream.

"I have had other 'spiritual' dreams that have come to pass. I call the dreams spiritual because they are a calling us to prepare. The calling is not so much for physical preparedness, but for spiritual preparedness. For instance, I had a dream with very many tornadoes all occurring at the same time. I told my wife that there was going to be a lot of tornadoes. Shortly after the dream, we had over 240 tornadoes in the United States at a time when there was normally approximately forty or so. Also, I had a dream of severe flash flooding, and shortly after the tsunami hit. Seeing the video of the tsunami, I realized this was the flash flooding I saw in my dream!" 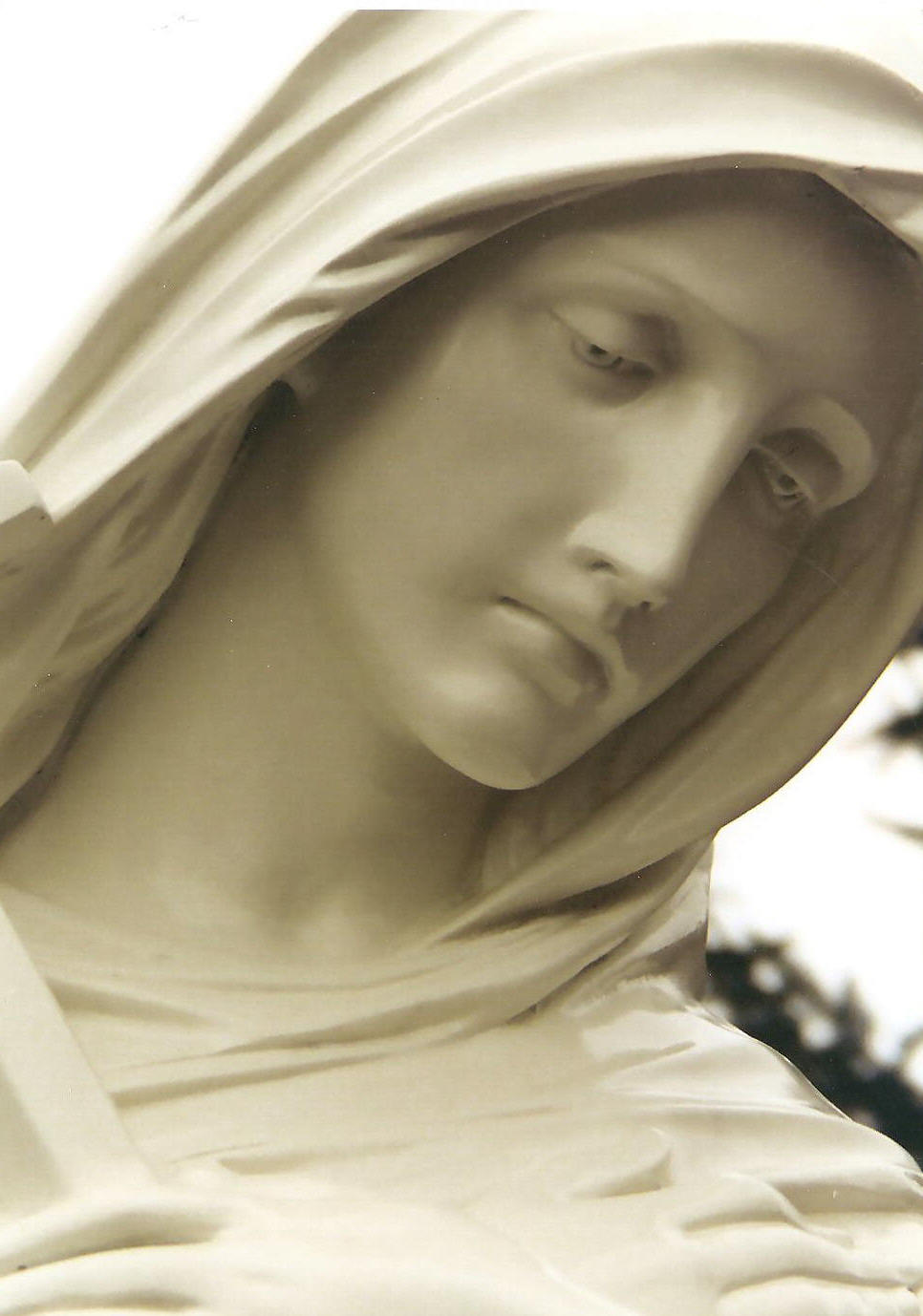 "After reading today's headline about prophecies concerning the great smoke, I decided to research symbolism for smoke," wrote Merry Deutscher of Glendale Heights, Illinois. "What struck me as particularly interesting is that in alchemy, the symbol for smoke is associated with the mineral 'realgar' -- which is found in volcanoes, is related to sulfur, is extremely sensitive to light and must be stored in complete darkness."

"Regarding the lead article on February 19th, while I read it I had an overwhelming feeling that the 'smoke' was referring to the election of a pontiff," says Mary Ann Lewis-Coda of  Pittsburgh. "The same day, I received an e-mail requesting 2,000 Hail Marys on February 23. According to the e-mail, a visionary with whom I am not familiar received a message from Our Lady asking for these prayers for the Holy Father because he is in grave danger. There is always a possibility that something can happen to our Pope and somehow I feel these two things I read on the same day are related."

"About your 'great smoke' prophecy," said Bruno W. Mueller of St. Louis. "I do not think that 9/11 in New York was the end of the twelve dark years for New York City [as the 1990 prophecy we have cited alleged]. "If anything it may have been the beginning. But even there I think the beginning was in 1997 with the first World Trade Center attack. There are far more prophecies about the nuclear destruction of New York City than any other city in the world. And current world events which are always systematically played down in the regular press are an every day occurrence any more if you know the old prophecies of many saints not to mention the less reliable secular ones. And 'smoke' and nukes are almost inseparable. That time has come. Ever since 1991 we have threatened the Russians in some way and they feel very afraid as they should be and any country because of our aggressive, destructive, immoral, uninhibited war machinery politics. The same people of the devil who destroyed Germany will destroy America because that is what the ultimate purpose of Satan is: destroy all of God's creation. For me: smoke and nuclear war go together."

We don't know about every aspect of every take on this whole thing, but it is very interesting that in 1991, at Medjugorje, in Bosnia-Hercegovina, the Blessed Mother's message to those youngsters for August was [read carefully]:

"Dear Children! Today also I invite you to prayer, now as never before when my plan has begun to be realized. Satan is strong and wants to sweep away my plans of peace and joy and make you think that my Son is not strong in His decisions. Therefore, I call all of you, dear children, to pray and fast still more firmly. I invite you to self-renunciation for nine days so that, with your help, everything that I desire to realize through the secrets I began in Fatima, may be fulfilled. I call you, dear children, to now grasp the importance of my coming and the seriousness of the situation. I want to save all souls and present them to God. Therefore, let us pray that everything I have begun be fully realized. Thank you for having responded to my call."

What's incredible is that August 1991 -- this time when she was asking urgent prayers -- turned out to be the very month that hard-liners in the Soviet Union attempted a coup in a last-ditch attempt to halt its disintegration!

The coup failed and the atheistic U.S.S.R. dissolved, fulfilling a prophecy at Fatima. Russia was of course the focus of the Fatima messages in 1917 and the Pope once called Medjugorje "the fulfillment of Fatima"!

It was a victory of the Immaculate Heart and it came after the consecration of the world by John Paul II, as foreseen decades before.

In August 1991, in other words, the Blessed Mother was at the largest apparition site since Fatima asking for prayers that obviously pertained to what was occurring in the region she spoke about in 1917 and was trying to free.

We see the links that are subtle but powerful and largely unknown between apparitions. Little known is the fact that on April 12, 1981 -- which was Palm Sunday -- there was an unusual display of the northern lights, which were seen across much of the Midwest, from Canada to Mexico, and in several other states. The unusual aspect was not only the wide visibility but that it seemed like a "rolling" event (moving with time zones). At Fatima, the "great sign" prophesied took place in 1938 as an unusual display of the northern lights, presaging World War Two.

In the 1990 prophecy -- which was allegedly granted to the same person who received the "smoke" prophecy -- were the indications not just of smoke but a "huge light." ("When the huge light is seen...")

The aurora of 1981, which calls to mind Fatima, was visible at nine p.m. in Ohio (central time) and then also nine p.m. in California (Pacific time), if reports are accurate.

Whatever the timing, it was a great light to put one in mind of Fatima's great sign and it was just weeks later that John Paul II was shot, which many saw as a fulfillment of the third Fatima secret and linked to Russia (for the assassin had links to the KGB).

The lights also occurred just over two months before the apparitions began in Medjugorje on June 24, 1981, "fulfilling " Fatima and setting the stage for its own "secrets."

[resources: Spirit Daily pilgrimage to Medjugorje and The Day Will Come]