JULY IS MONTH WHEN PRECIOUS BLOOD IS INVOKED FOR ABANDONED SOULS, PRIESTS IN PURGATORY 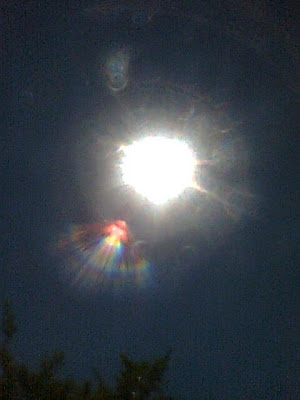 A woman from Bolzano, Italy, for many years had offered up the Blood of Jesus for deceased priests.

Being overwhelmed by her domestic duties and caring for her sick husband, she had begun to neglect this pious practice.

One afternoon, while she had dozed off, she witnessed her room suddenly becoming crowded with countless priests, until it seemed that not one more would fit into the room.

They were priests of all ages, and of all nationalities.

They seemed to be waiting anxiously.

The woman was surprised and wanted to ask them what they were waiting for, but before she could, a very young priest approached her and he said:  "We are waiting for the thirty three offerings of the Blood of Christ, in order to obtain relief from our punishment."

It was at that point that the woman understood the great effectiveness of this devotion which she had neglected. From that day on she said this chaplet for priests faithfully. The thirty three offerings of the Blood of Jesus is an ancient Italian devotion for priests in purgatory.

By praying this pious devotion, relief is brought to priests who are suffering in purgatory, singular graces can be obtained for those who pray it, as well as conversions. Priests become zealous apostles, illnesses have been healed, perfection of the soul increased.

A priest once told me: "No one is more dead than a dead priest because no one prays for him!" 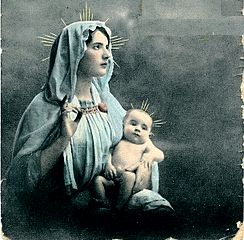 We tend to leave off too soon praying for our deceased priests and religious. We tend to "canonize" our clergy and loved ones immediately after death. They are the most abandoned souls in purgatory including those souls whose families do not believe in the doctrine of purgatory and  our protestant brothers and sisters.We say  they have suffered enough, they are in Heaven. We determine the state of their soul at death. Only God can judge their souls. If they are in Heaven, praise God! Our prayers are never wasted.

Here is a message the Blessed Mother gave regarding the clergy on July 21, 1982: "There are many souls in purgatory. There are also persons who have been consecrated to God-some priests, some religious. Pray for their intentions, at least the Lord's Prayer, the Hail Mary, and the Glory Be seven times each, and the Creed.  I recommend it to you.  There is a large number of souls who have been in purgatory for a long time because no one prays for them" (December 26, 1983). "These persons wait for your prayers and your sacrifices (January 28, 1987). "Remember your deceased. Give them joy with the celebration of the Holy Mass" (November 6, 1986).

The Catechism of the Catholic Church (#953) confirms:  "Our prayers for them is capable not only of helping them, but also of making their intercession for us effective."

The more we pray for the holy souls in purgatory the more effective their intercession is for us.

The month of July is dedicated to the Precious Blood of Jesus. Let us offer a great part of our Masses, Stations,  Rosaries, Indulgences, and chaplet for the priests in purgatory and for these abandoned souls.

Another ancient devotion is to offer these suffrages for 33 consecutive days for the most abandoned souls in purgatory in honor of Our Lord's 33 years on earth. I have received enormous graces with this powerful devotion. Be their liberators. They long for the door of heaven to be opened.

There is a great shortage of priests. We do not know whether we will have the privilege of having a priest at our side at the hour of our death. Pray for our deceased priests in purgatory. Beg them to intercede to grant the grace of final repentance for you and your whole family and all future generations until the end of time and in exchange you will pray for them. At the hour of your death, you will be surrounded by all the priests for whom you opened the door to Heaven.

In turn, they will escort you to the heavenly banquet.

[resources: Susan Tassone's books on the afterlife are here]

[For Masses and Gregorian Masses visit:  www.franciscanmissions.org. To request a free chaplet, please make a note in the message section of your spirit daily order] 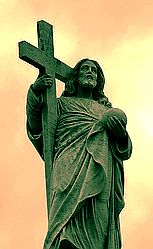