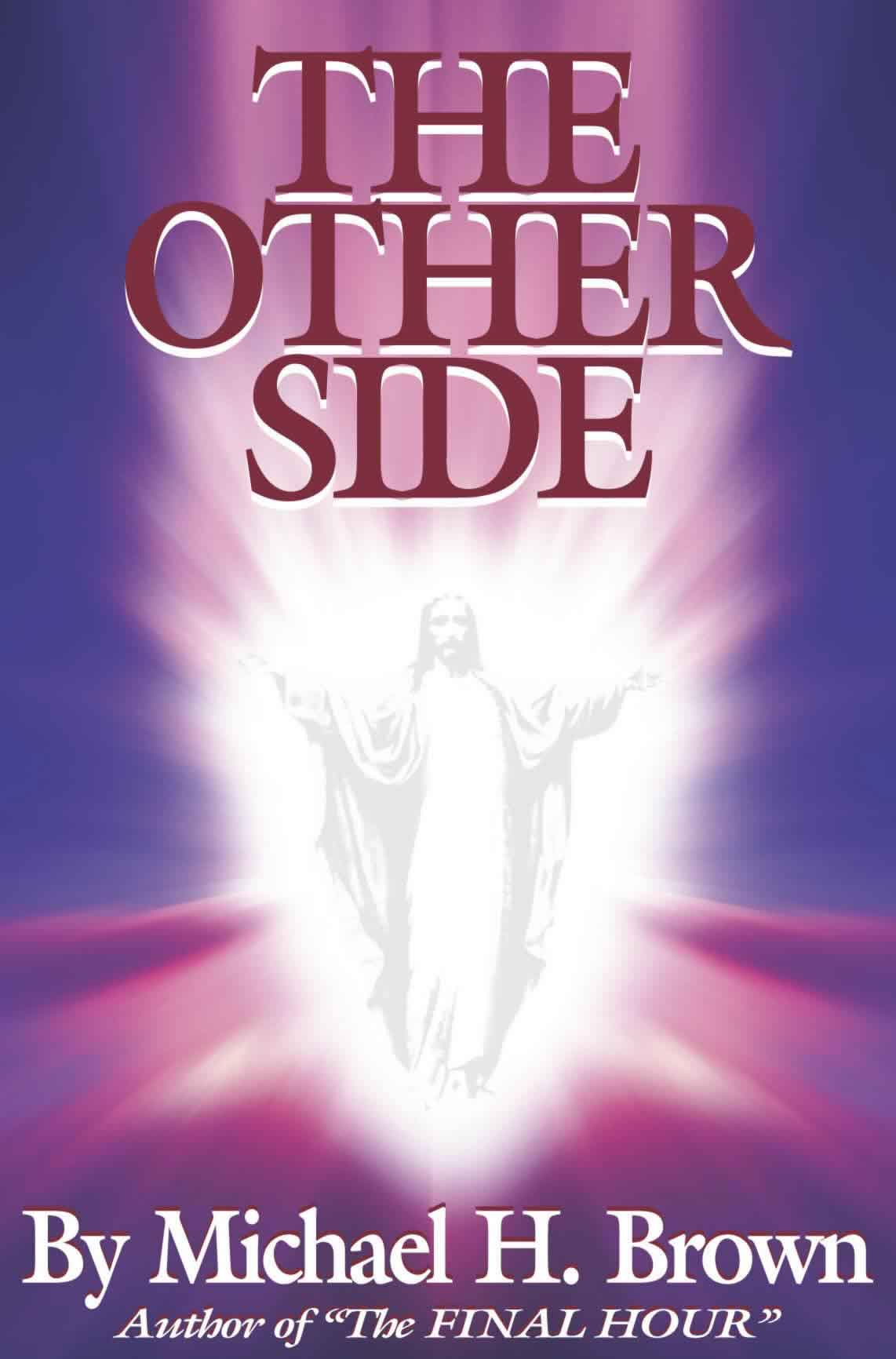 We've heard the theories. We've read novels. We know what theologians speculate. Scripture gives us a glimpse (if barely).

What's it really like to die? Is it the end? Is it painful? Do we really enter a domain called eternity?

We're happy and excited --  more so than in many years -- to bring forth a new book called The Other Side that tackles exactly those questions and in our view leaves no doubt whatsoever. The afterlife not only exists but there are many surprisingly detailed, credible descriptions of what it is like -- that is, as far as words can go in describing it: what its entrance involves, what its levels are like, and how we get to the higher reaches.

Darkness? A time of trial? Nothing is too severe in the light of what you will read.

Fabulous landscapes. Cities of light. Is it painful?

We live forever. Nothing hurts in that light. Earth is hardly the end. As a matter of fact, it's the very beginning -- the very, very start of a journey that takes forever and brings us to places that go beyond what any artist could conceive.

As spelled out by Michael H. Brown, author of 14 Catholic books, including "bestsellers" such as The Final Hour and The God of Miracles, there are terrific consistencies between accounts of those who have glimpsed eternity through near-death experiences or other visions.

"I hope this is the most beneficial book I have ever written," says Brown, who also directs this website. "That was certainly the intent: tackling the issue of death and how we best prepare for the greatest happiness."

It's the first book he's written since Tower of Light and is once again published by Spirit Daily. Although we will not have actual stock for two weeks, we're taking advance orders to expedite mailing when it does arrive from the printer.

What is more interesting -- and what's more important -- than what occurs upon physical death?

Differentiate "physical" from any other, because the spirit moves on. "I know this not only as a totally believing Catholic, but also as a journalist," states Brown. "Nothing is more potent than the near-death accounts of how Jesus comes in a luminosity more powerful than anything on earth, more powerful than the sun, than the cosmos.

"You do have to be cautious with such claims -- or at least with how such claims are later recounted. As in apparitions, discernment is necessary. The devil throws in a wrench (he can't possibly want us to glimpse what some of these people have glimpsed) and there are cases where those who die and return turn toward the New Age (and belief in wrong, esoteric, and occult precepts such as reincarnation or contact with the deceased). We must discern. It's like any mysticism.

"But those who have glimpsed the beyond include saints like Teresa of Avila and Thomas Aquinas and some of the earliest accounts were recorded by none other than a doctor of the Church, Pope Gregory the Great (in the Sixth Century)!"

Read snippets from the accounts of doctors, of nurses, of atheists (who are no longer atheists).

"Flowers of every type and description formed a sea of beauty everywhere I looked," said a woman. "I noticed that a variety of fruit trees grew close to the rock wall. These trees were filled with the biggest, most luscious-looking fruits I’d ever seen. They were ringed by a magnificent profusion of lovely flowers. Scattered throughout this amazing garden were huge, gray boulders that seemed to be strategically placed for sitting and resting. The pond really intrigued me, and as soon as I saw it, I began to sing in the Spirit and to dance for joy. I can’t really explain why I reacted to the scene with such enthusiasm, but something supernatural was propelling me to express my gratitude, happiness, and peace in a demonstrable way. The Lord sat on a rock and watched me dance. I recalled a verse from the Old Testament: ‘Then David danced before the Lord with all his might' (2 Samuel 6:14)."

Gather too a glimpse of the netherworld.

Is there darkness? There is darkness. Is there fire? There is fire.

"I wrote a previous book, After Life, on Heaven, hell, and purgatory, and it remains one of my favorites, but it was not as extensive nor as revealing, I don't think, as this," adds the author.

And so we are happy to present a book that is not just on a highly interesting topic (not just a page-turner, if you find it to be that), but also useful in a very real spiritual way. "I have no idea how readers will perceive it, in comparison to some of my past work," says the author. "We have to say that potentially it is of more benefit than my other books, because it goes beyond deliverance and healing. It draws from actual glimpses of the beyond and actual 'judgment.'"

No doubt about that.

And in the light of that truth, what (save for condemnation, which the Church so brilliantly guards us against) can possibly depress us?

As the book begins: "Astonishingly enough, life does not end with death. We live forever.

"In the light of that truth, all other things – including the most severe trials of life – pale by comparison.

"There is nothing of greater importance. The more you think of it, the more astonishing it becomes. All of us will take a last breath. But upon that last breath, we’ll rise out of our bodies, look down upon what were our physical 'vehicles,' and either linger for a while (perhaps to assist loved ones in their grief) or go immediately into a Light that will shortly and wondrously be described to you.

"In that Light we will be met either by the Lord, angels, or deceased loved ones.

"If that’s not good news, I’m not sure what is.

"But, again, it is true: the best news we could hope for – the best we could expect – is an actual reality."

[resources: The Other Side]