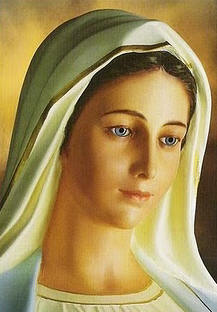 It's always a joy to return to New Jersey, and we'll be there in a few weeks. New Jersey is a special place -- filled with devout Catholics who battle in the shadow of a megalopolis that stretches from Washington, D.C. to Philadelphia, New York City, and Boston.

What a battle that is! Imagine the various type of people who pass through "Jersey" each day on Interstate 95 (the turnpike). Much of its north is a bedroom community to New York, the most frenetic city in the U.S. and perhaps on earth -- one that it is very definition of "worldly." (Jersey itself is now the richest state per capita).

Yet, somehow, New Jersey has managed to maintain a strong Catholic identity. I was reminded of this two weeks ago when I flew up to testify before a diocesan tribunal in Piscataway, where they are very seriously -- and meticulously -- investigating the cause for the beatification and perhaps (please pray) canonization of that officially-declared "Servant of God," Maria Esperanza, the Venezuelan mystic who died seven years ago. Hats off to the bishop of Metuchen for moving this ahead. Maria was one of history's great mystics. And the process is fascinating. The tribunal -- two priests and the chancellor -- requested that I spend the day, and I couldn't imagine being able to talk that long on a single subject, however awesome that person was. But indeed the questioning lasted right up until it was time to get back to the airport. It is like a courtroom: you swear an oath, and there are penetrating questions on every aspect of her life, questions forwarded from Rome on her prayer life, her charity, her family life, her closeness with God, her interaction with Church figures, her prudence, her obedience, her death, her mysticism.

At any rate, we'll be back in the Garden State June 25 for a retreat in Monroe (which is near Cranbury).

As it happens, June 25 is the anniversary of Medjugorje -- now in its thirtieth year -- and God willing, we will be there as you read this. There are a bunch of us going, so excuse us if there are any interruptions in updates to this website (we hope not, and have, for sure, capable help in the U.S.). Please pray for us. We particularly appreciate prayers during Mass. 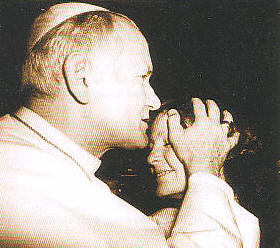 Speaking of sainthood testimony and of Medjugorje, it was fascinating to learn that the postulant for Pope John Paul II's cause -- Monsignor Slawomir Oder of Poland -- records in his book, Why He Is A Saint, about the late pontiff: "His devoted love for Mary only grew and flourished when the connection between the third secret of Fatima and the assassination attempt of May 1981 became clear. In connection with the dramatic event, extrajudicial sources confirm, John Paul II also saw a link with the apparitions of the Queen of Peace in Medjugorje, in the former Yugoslavia, which began at the end of June of the same year. The Pope spoke of it in very favorable terms and said, 'To say that nothing is happening at Medjugorje means denying the living and praying testimony of thousands of people who have been there.'"

Remember, this is the postulator of John Paul II's cause -- which -- whether or not Medjugorje should win final Church recognition -- should put to rest arguments that there is no evidence the future saint favored the apparitions. Let's hear Monsignor Slawomir further:

"Although [John Paul II] never took an official position on these apparitions, in private Pope Wojtyła did not conceal his own belief. To Monsignor Murilo Sebastião Ramos Krieger, archbishop of Florianopolis in Brazil, who was going for the fourth time on a pilgrimage, he confirmed, 'Medjugorje is the spiritual center of the world.' In 1987, during a short conversation, Karol Wojtyła confided to the seer Mirjana Dragičević: 'If I weren't Pope, I would already been in Medjugorje confessing.' This intention finds confirmation in the testimony of Cardinal Frantisek Tomasek, archbishop emeritus of Prague, who heard him say that, if he weren't Pope, he would have liked to go to Medjugorje to help with the pilgrimages." 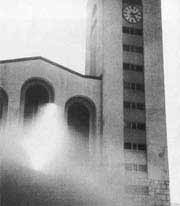 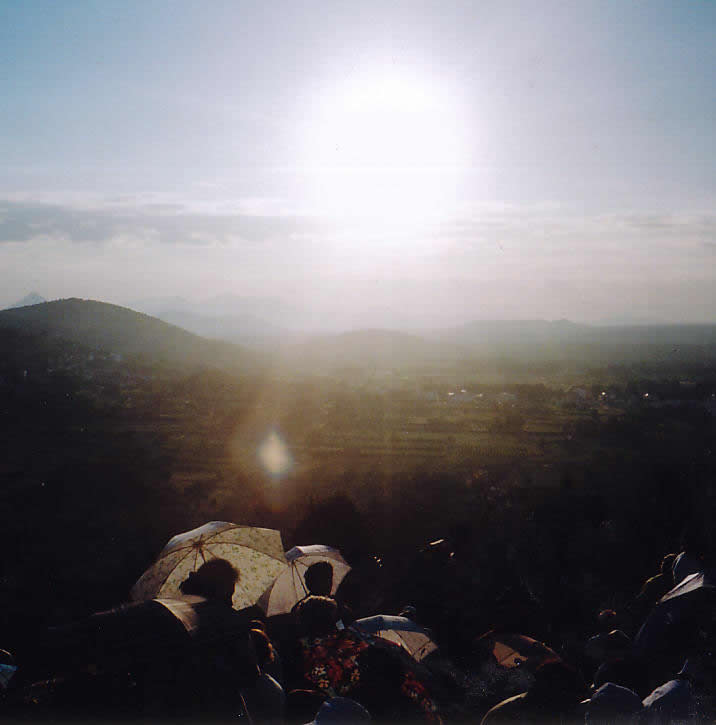 John Paul's postulator goes on to cite further testimony from the bishop of San Angelo, Texas -- who offered the quote from the Pope about the testimony of thousands.

As we have often stated, we strictly abide by what the Vatican -- which is now formally investigating the apparitions -- finally concludes. Monsignor Slawomir also says John Paul II sent Slovakian Archbishop Pavel Hnilica, "one of the prelates who was closest to the pontiff," incognito to Medjugorje -- and quotes the letters John Paul II sent to Polish friends Marek and Zofia Skwarnicki, referring positively to the apparitions. "I too go there every day in prayer," the Pope wrote. "I am united with all who are praying there and who receive the call to prayer from there."

[resources: Why He Is A Saint and The Church and Medjugorje] 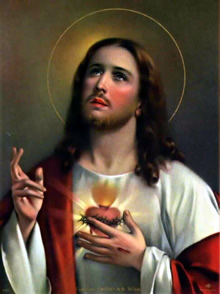