BEYOND IMAGINATION OF EARTHLY MINDS ARE 'INDESCRIBABLE' SURROUNDINGS OF HEAVEN 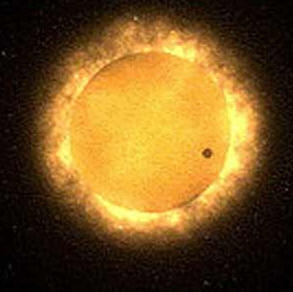 Heaven is beyond human comprehension. Time after time, we hear of the beauty. Time after time we hear it said that those in Heaven are in a state of complete satisfaction.

They are at the highest level of well-being. They are consumed by love that goes beyond any love you have ever felt. They are happy. They're beyond happy.

What do visionaries say about Heaven?

It's like nothing of the earth. Nor are the colors. In brilliancy, texture, and variability the colors are beyond earthly colors. The most beautiful color of earth, the most incredible azure, is but a shadow of Heavenly azure.

Everything on earth is a mere shadow. The people are often seen by visionaries wearing pink, gray, or yellow robes and this is also the way those who experienced death have described them: robes that are really nothing of this world but described like pastel.

There is music. There is Heavenly music. It too is like nothing on earth. The music is from an actual choir of angels and it's a beautiful, calming, and exalting music, a sound that constantly praises God.

There are exquisite aromas. The smells are also beyond earth. And then there are meetings with loved ones.

"I saw my grandmother whom I had never met," said one woman from Louisiana who had a near-death brush.

"She died way before I was born. She was just smiling. I remember her saying the Rosary. I had never met her, but I knew her. There were some buildings. Everything was gold and silver and jewels. Everything radiated. And the smell--oh! Everything was in a beautiful mist. There's no way you're going to want to stand before God with even a little blemish. Heaven is so beautiful you don't want to dirty it in any way with anything on your soul. There were people taking care of babies in a nursery-like place. You know who they are but they don't look like you or me."

"I remember turning and the Blessed Mother was there and she's absolutely beautiful," this woman added. "I always though I was insignificant, but she knew me. She had heard all of my prayers. And Christ showed me the angels they had sent to me when I needed someone."

"The people in Heaven sing. They do have jobs to do. I don't know what they were doing but they were all very busy and they were all so happy! Everyone was dressed the same, something long, white, pink, blue, like robes. They all seemed the same age, in their twenties or thirties. Here was my grandmother who looked so young and radiant.

"I saw a little bit of the throne of God. I wasn't allowed to see God and I know why. I won't be able to until He judges me one day. If the little part of the throne I saw is any indication of the size of God himself, He's  huge, and the angels I saw kneeling there praising and singing to Him were huge -- huge -- and I could only see a little tiny part of His chair."

Another person, a Christian physician named Richard Eby, encountered "gorgeous, white, four-petaled flowers" and Heavenly music that was beautifully different from anything we know. "In a twinkling I discovered why," he said. "It had no beat, it came from everywhere. I also noted that my white gown, besides emitting pure white light, was singing softly -- as was my body, the flowers, trees, hills, and sky" (see 1 Chronicles 16:31-33).

When Dr. Eby asked why the music had no beat, he was told it was because in Heaven there's no time to divide into beats!

The doctor also recorded a delicate aroma (an exquisite fragrance that reminds us of the "odor of sanctity") and found his body to be transparent and self-illuminated -- weightless and cloudlike. His robe felt rare and like silk.

"For miles it seemed, there stretched rolling hills under cloudless skies of a color new to me, of an iridescent white-gold light," he wrote in a book about his experience with Jesus. "Flawless evergreens covered the hills which rose from the flower-carpeted valley floor. The trees somewhat resembled arborvitae but were too stately and perfect to be earthly."

He said the grass "grew thickly and without a single broken blade."

This is remarkably similar to an ancient description by Pope Gregory the Great many centuries ago of a man named Stephen who after crossing the bridge over foul water encountered "delightful meadows carpeted with green grass and sweet-smelling flowers. The meadows seemed to be meeting places for people clothed in white. Such a pleasant odor filled the air that the sweet smell by itself was enough to satisfy the inhabitants who were strolling there. In that place each one had his own separate dwelling, filled with magnificent light." We shall be discussing such at our Louisiana retreat, as well as exploring it at Medjugorje itself.

There are blue skies and lakes and a  mixed panoply of flowers, everything gold or silver. People look very, very happy, for Heaven is filled with immense light and everyone wears a constant smile. When there are buildings, they don't seem to have barriers or walls. There is what seems like marble, but no real stone. We cannot imagine in physical terms. There are landscapes but they're not physical. They're boundless. Everything seems like diamonds and stars and at Medjugorje there were similar descriptions. Heaven was described as a place where people were always singing with angels hovering above and the happiness on the faces such that it goes beyond depiction.

"The trees, the meadows, the sky are totally different from anything on earth," added seer Mirjana Soldo, whom we shall meet. "And the light is much more brilliant. Heaven is beautiful beyond any possible comparison with anything I know of on earth. (The people) were walking in a beautiful park. They have everything. They need or want nothing. They are totally full."

[adapted from the book After Life]