ANGELS, ANGELS: THEY'RE ALWAYS WITH US, FROM THE BOSTON MARATHON TO EVERYDAY LIFE 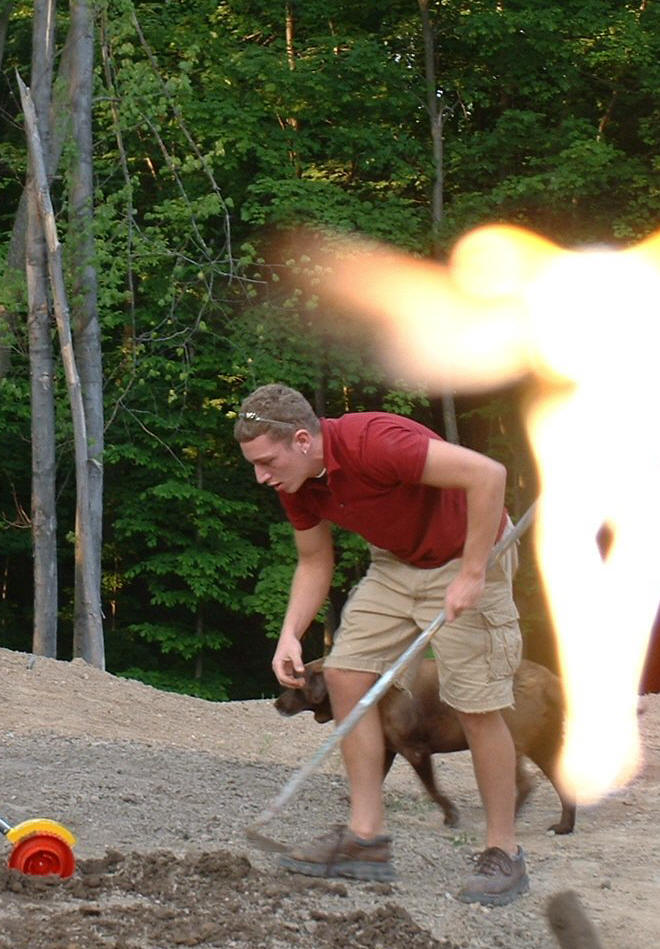 Angels? Angels! Do they exist?

Back in 2007 one man named Scott from Rockford, Michigan told a site devoted to the miraculous, "I was reading your web site, and wanted to share this photo of a angel with my son [left].

"This picture was taken the afternoon before my son was to have surgery, at the time of the picture being taken, prayers were being said for his safe recovery, the photo has been tested for two years by photographic professionals and churches and has been found to be a hundred percent real. my son is healthy and strong now thanks to this powerful servant of God."

No doubt there will be miraculous accounts from the Boston bombing. Already, we see this:

"Demi Knight Clark, a 36-year-old from South Carolina, believed she had an angel running with her Monday in the Boston Marathon," says a news article today (4/16/13). "She was just a few feet from the finish line when two explosive devices detonated. She probably would have been closer to the blasts that killed three and injured more than 140 if not for the fact her husband and two young daughters were in the VIP bleachers on the other side of the road. Clark, who has worked as a PR rep in NASCAR in recent years, earned the VIP passes by raising money for a Boston charity. 'They would have been right there to watch the finish,' she said. 'Between that and having the angel on my shoulder of moving to the right so I could wave at my daughters because I really wanted them to see me finish, I was right there (and OK). “I looked to my left and a lot of the runners around me were on the ground. It was surreal.'”

No doubt, without angels, more would have died.

It is this way every day.

When we pass on to eternity, we will learn of how many times they saved us here on earth.

From the "Jesus" Film Project:

"Jan Schlebusch, a wonderful man of God from South Africa, is one of the tens of thousands of volunteers who have shown 'JESUS,' using either 16-mm or on video. Jan had taken a most risky step. He was about to show 'Jesus' to a small group of hardened criminals in a maximum security prison in South Africa.  He was alone in a room with the 'toughest of the tough' - robbers, rapists and murderers.  Several of them were 'lifers.' Jan knew that any one of the prisoners could easily slit his throat with a knife when he dimmed the lights to show 'Jesus.'

"However, despite the pressure he felt, Jan was obedient.  As the story unfolded many of the prisoners mocked and swore at the screen. Their language was foul and offensive. Gradually, they quieted down and became more interested in the story. Then an astounding thing happened.

"During the crucifixion, several began to weep.  By the time the prayer of invitation was completed, hardened criminals -- every one of them -- were on their knees, sobbing, asking God to forgive them, praying to invite Christ into their lives.

"Shocked and amazed, Jan wasn't sure of what had just happened.

"He turned his head to the corner of the room...startled by the sight.

"Standing before him was an awesome being, ten-feet tall, robed in brilliant white...an angel.  Jan said the angel's face was obscured. He could see nothing above the angel's shoulders. This messenger of God lifted up his hand and pointed a finger directly toward Jan: 'You see, Jan, all you must do is be available and do the work.'"

Instantly, the angel vanished --but not the sense of awe that was engulfing Jan. He had seen the Living God at work, pouring out His love upon those for whom He died to save. And he had witnessed the greatest miracle of all. He had seen the vilest of sinners being born from above, becoming righteous in Jesus. Great is the Lord, and greatly to be praised; and his greatness is unsearchable. Psalm 145:3.

"On July 22nd, 1993 Lloyd Glenn was informed that his three year old son had been trapped at home underneath his family's automatic garage door for several minutes, and that when his wife had found him he was dead. The garage door had completely closed on his little sternum right over his heart.

"Brian was miraculously revived/resurrected by CPR and hospital personnel. But full story of this miracle didn't end there.

"Almost a month later to the day of the accident, Brian awoke from his afternoon nap and said, 'Sit down mommy. I have something to tell you.'

"'Do you remember when I got stuck under the garage door? Well, it was so heavy and it hurt really bad. I called to you, but you couldn't hear me. I started to cry, but then it hurt too bad. And then the 'birdies' came.'

"'The birdies made a whooshing sound and flew into the garage. They took care of me.' 'They did?' 'Yes,' he said. 'One of the birdies came and got you. She came to tell you I got stuck under the door.' A sweet reverent feeling filled the room."