THE PROPHETIC PULSE: STRANGE RUMBLINGS AND 'BOOMS' PERSIST, FROM DEEP BELOW AND PERHAPS ALSO FROM ABOVE

What are they, these rumblings, these booms? They have been going up for more than a year now, since January of 2012. Actually, it has been for several years. But not like in recent times.

Last week, it was Illinois, followed by New Jersey. Before that, Texas and Western New York. Just about every state has reported an incident. So have Canada and other countries:

Uncanny, sometimes startling reverberations, at times similar to a tremor or earthquake, or a mining operation, still other times like it is coming not just from below but from all around, perhaps from the sky.

Illinois: A loud boom baffles experts, who can't trace it to a quake. "The mystery of the 'loud boom' heard in parts of the region over the weekend may go unsolved, as efforts to find the source of the boom proved a bust Monday," reported the Southern Illinoisan, a local newspaper (March 21, 2013). "Hundreds of people in at least four counties — Franklin, Hamilton, Saline and Williamson — flocked to social media to report hearing a windows-rattling, earth-shaking boom between 1 and 2 p.m. Saturday. Neither Scott Air Force Base nor the North American Aerospace Defense Command reported activity taking place in the region Saturday."

New Jersey: tremors rattle homes in three counties (Cumberland, Cape May, and Atlantic) although no seismic signals point to a quake and military officials in the region said there was no flight training that could account for it. Said one resident, Kay Stadlmeir, of Absecon, "I don't think it would be an earthquake, but what could it be? It's just really odd."

Upstate New York: Residents across Chautauqua County report loud booms though once more officials can trace no seismic cause, nor anything related to other potential sources, such as sewers or gas pipeline. Intoned a resident named Randy Smith, "Three times in a row I heard it. It sounds as loud as a sonic boom. Maybe louder. As soon as it goes off, the dog starts growling and gets startled.”

Strangely, in certain instances the booms, rumblings, vibrations, or rattles have been heard over the course of several days and in some cases (such as Western New York) intermittently over a couple of years; adding to the perplexity is that they're not always heard by all of those living in the area, though there are cases where hundreds flood police switchboards and social media with reports. In the comment sections of news articles are accounts of yet additional ones from places like Florida.

Quarry blasts? Secret military testing? Propane guns used on farms to scare away animals? Or something more fundamental? Is there something afoot far below the surface, something that for unknown reasons is not recorded as a seismic pulse, some type of deep shift of tectonic plates or shift in mass of the earth's crust or, much further down, a change in the core? Might it have to do with a phenomenon science has never before encountered? Is it related in any way to recent quakes and sink holes? (In Louisiana a sinkhole, possibly caused by brine operations, has grown to about ten acres while a sinkhole in western Florida recently made headlines for swallowing a man in his home; a week ago, on March 17, 2013, a sinkhole swallowed a pond in northern California; there was a recent one too in Ohio; others have been reported in China and Europe.)

Sinkholes may bear no connection. Some have wondered if the rumbles and tremors are from "skyquakes": atmospheric vibrations caused by the aurora borealis or "northern lights" as electromagnetism from the sun interacts with that of the earth or even whether the sounds are those of small asteroids entering the atmosphere otherwise undetected. The strange rumblings have come during a period when there have not only been a flurry of earthquakes around the world -- many coming in clusters -- but also near-approaches of asteroids and fireballs such as the one that caused more than a thousand injuries in Siberia last February; it was followed by reports of meteorites over California, Cuba, and Florida; and last Friday night (March 22, 2013) a fireball was witnessed from Canada to northern Florida.

Former Daily News editor Ben Beagle of Upstate New York said he was in his living room about 9 p.m. March 9 when he heard it.   “I thought it was just neighbors, maybe shutting doors or something. Then, about 9:09 p.m., a series of boom-boom-booms that I thought must be thunder.”

Mysterious booms and rumblings made national news when they kept recurring in Clintonville, Wisconsin -- not just the rumbling but the ground shaking. In Hawaii, young men installing an irrigation system felt encompassed by the vibrations or pressure and videotaped it [left: caution secular website]. Uncanny mechanical sounds (again as if from deep below) also have been reported. So have strange echoing sounds that resemble a trumpet or shofar. Is it something in the ground, on the ground, or above; an artifact of instant communication -- something that has always been with us, but just is made known (becomes "viral")  on the internet? Is there a spiritual connection? Is it a "sign of the times"? As in the Bible, does God speak to us through unusual phenomena?

It was Maria Esperanza who once said, "The earth's core, it is not in balance." And (for our consideration) it was the "1990 prophecy" that said, "chastisements will differ according to regions, and like the great evil, will not always or usually be immediately noticeable for what they are. In the period also will be a warning that involves not fire from the sky but fear of fire from the sky, and strange loud rumblings."

[Send us your accounts] 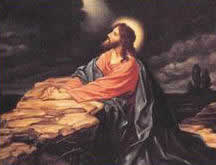