A STRANGE QUESTION IT IS: CAN MINOR SPIRITS LEAVE THROUGH COUGHING, EXPELLING BREATH? 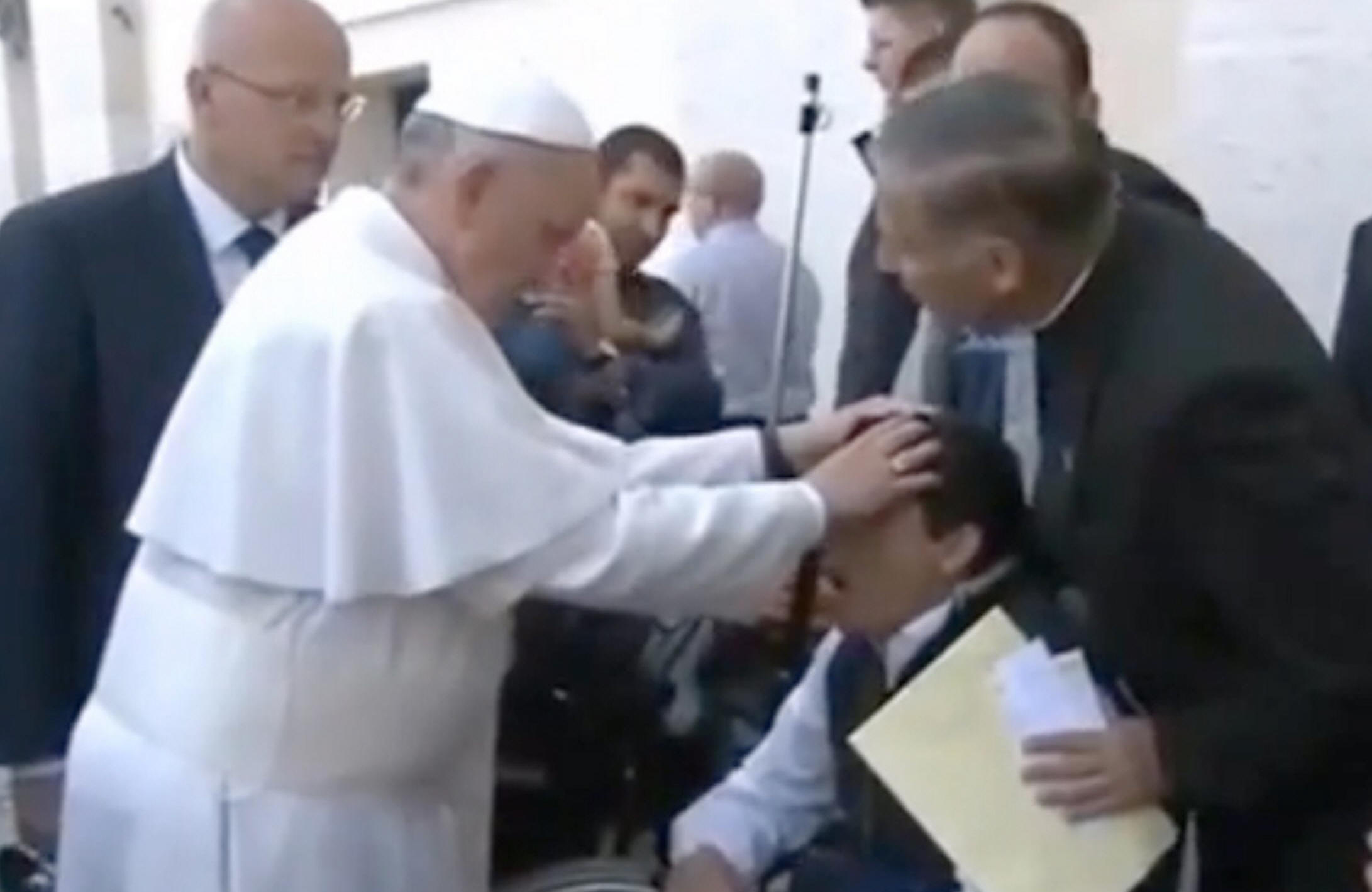 It seems "out there." For decades -- probably much longer -- deliverance ministers of different Christian denominations including Catholics have been asserting that in mild cases of deliverance, one sign that evil is being diminished or expelled can come in the way of yawning or coughing.

"These lower ranking demons, or the nest, generally leave without too much of a fuss," notes one such ministry, Lake Hamilton Bible Camp. "They are air, breath or wind and tend to leave through the mouth or eyes most commonly. Through the mouth they have left by coughing, sighing, and yawning..."

For our discernment. Recently it was seen how a handicapped man's mouth opened in an unusual way as Pope Francis prayed over him (as if to expel something).

It sounds peculiar, though so does the Lord sending evil spirits into a pig or healing by rubbing mud on a person.

The wind of the Holy Spirit blows where and how it may. Pentecost demonstrated one manifestation of the Paraclete as a breeze. Do opposing spirits share "air-like" characteristics? (Satan is "prince of the power of the air").

The very word "pneumonia," from the Greek pneuma,  means wind, breath, or spirit.

In fact, at a recent retreat, it was noted that there was a small eruption of coughing when we were praying deliverance prayers. In spiritual deliverance, claims another ministry, "Mild manifestations often involve coughing, spitting up phlegm, burping, deep yawning or sighing, pressure or pain in areas of your body, shaking, screaming, etcetera."

Did you ever notice an outbreak of coughing or yawning during Mass?

Most times, it can probably be attributed to tiredness, allergies, an early hour, tedium, or the power of suggestion (seeing another person yawn or hearing a cough); at other times, it seems independent, almost simultaneous -- occurring among people widely separated and out of each others' views. Moreover, it seems most prevalent around Consecration.

"I command you out, in the Name of Jesus, and to the foot of the Cross for disposal according to His Will, in Jesus' Name. In Jesus' holy Name, never to return, sealed against, Amen," is one prayer.

He said to cast such things out. A shame it is done so rarely -- when manifestations are frequent.

Spirits move in and out of many situations.

Charismatics (who have celebrated the elevation of Pope Francis, who is himself thought to be charismatic, and at the least mentions the devil frequently) often cite the many times Jesus cast out spirits before healing someone. They also claim that speaking in tongues can assist in deliverance.

Another prayer: "I break any curses placed on me or my descendants from uttering a wish of evil against one; to imprecate evil, to call for mischief or injury to fall upon; to execrate, to bring evil upon or to; to blast, vex, harass or torment with great calamities. I break these curses in Jesus' name. I break the curses back to ten generations or even to Adam and Eve on both sides of my family, and destroy every legal hold and every legal ground that demons have to work in my life. I break curses that follow in the name of the Lord Jesus Christ."

"I’ve known that demons can leave a number of ways such as yawning, coughing, vomiting, or right out the top of the head," noted a woman who testified about her own deliverance. "But what I began to notice was that since I had been warning these things that they had to go, every time I prayed in tongues, I did an abnormal amount of yawning. Yes, I was tired because at conferences you stay up late and get up way early. But I tested it out over and over, if I wasn’t praying in tongues, I wasn’t yawning. Also, if I hadn’t been commanding them to leave, I wasn’t yawning when I prayed in tongues. Also, I prayed in tongues almost all the next day through the other people’s deliverance and not once did I yawn since I wasn’t praying for myself. I can now remember a couple of times previously when I had prayed in tongues and yawned a lot. But that’s great, right? It shows that’s God’s taking care of us when we don’t even know it."

Notes Christian writer Beverly Vernado, "It’s time to seek Him, to breathe in the very breath of God. Oh, to allow His Spirit to invade the far-flung reaches of our soul and to cleanse us from the bacterial plagues, which displace the life giving power of His Spirit. Here we are daily seeking to have our lungs inflated with Him. We kneel in adoration. We breathe."