LENTEN MEDITATION: THE DIFFERENT MOTIONS OF NATURE AND GRACE: THE VOICE OF CHRIST

From: The Imitation of Christ 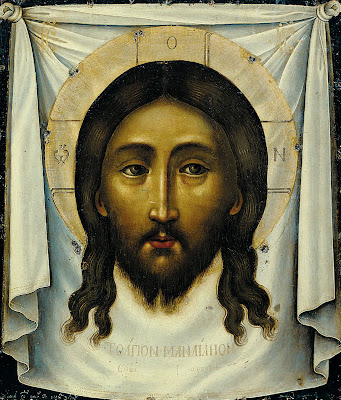 MY CHILD, pay careful attention to the movements of nature and of grace, for they move in very contrary and subtle ways, and can scarcely be distinguished by anyone except a man who is spiritual and inwardly enlightened. All men, indeed, desire what is good, and strive for what is good in their words and deeds. For this reason the appearance of good deceives many.

Nature is crafty and attracts many, ensnaring and deceiving them while ever seeking itself. But grace walks in simplicity, turns away from all appearance of evil, offers no deceits, and does all purely for God in whom she rests as her last end.

Nature is not willing to die, or to be kept down, or to be overcome. Nor will it subdue itself or be made subject. Grace, on the contrary, strives for mortification of self. She resists sensuality, seeks to be in subjection, longs to be conquered, has no wish to use her own liberty, loves to be held under discipline, and does not desire to rule over anyone, but wishes rather to live, to stand, and to be always under God for Whose sake she is willing to bow humbly to every human creature.

Nature works for its own interest and looks to the profit it can reap from another. Grace does not consider what is useful and advantageous to herself, but rather what is profitable to many. Nature likes to receive honor and reverence, but grace faithfully attributes all honor and glory to God. Nature fears shame and contempt, but grace is happy to suffer reproach for the name of Jesus. Nature loves ease and physical rest. Grace, however, cannot bear to be idle and embraces labor willingly.

Nature seeks to possess what is rare and beautiful, abhorring things that are cheap and coarse. Grace, on the contrary, delights in simple, humble things, not despising those that are rough, nor refusing to be clothed in old garments. Nature has regard for temporal wealth and rejoices in earthly gains. It is sad over a loss and irritated by a slight, injurious word. But grace looks to eternal things and does not cling to those which are temporal, being neither disturbed at loss nor angered by hard words, because she has placed her treasure and joy in heaven where nothing is lost. Nature is covetous, and receives more willingly than it gives. It loves to have its own private possessions. Grace, however, is kind and openhearted. Grace shuns private interest, is contented with little, and judges it more blessed to give than to receive.

Nature is inclined toward creatures, toward its own flesh, toward vanities, and toward running about. But grace draws near to God and to virtue, renounces creatures, hates the desires of the flesh, restrains her wanderings and blushes at being seen in public.

Nature likes to have some external comfort in which it can take sensual delight, but grace seeks consolation only in God, to find her delight in the highest Good, above all visible things. Nature does everything for its own gain and interest. It can do nothing without pay and hopes for its good deeds to receive their equal or better, or else praise  and favor. It is very desirous of having its deeds and gifts highly regarded. Grace, however, seeks nothing temporal, nor does she ask any recompense but God alone. Of temporal necessities she asks no more than will serve to obtain eternity.

Nature rejoices in many friends and kinsfolk, glories in noble position and birth, fawns on the powerful, flatters the rich, and applauds those who are like itself. But grace loves even her enemies and is not puffed up at having many friends. She does not think highly of either position or birth unless there is also virtue there. She favors the poor in preference to the rich. She sympathizes with the innocent rather than with the powerful. She rejoices with the true man rather than with the deceitful, and is always exhorting the good to strive for better gifts, to become like the Son of God by practicing the virtues.  Nature is quick to complain of need and trouble; grace is stanch in suffering want.

Nature turns all things back to self. It fights and argues for self. Grace brings all things back to God in Whom they have their source. To herself she ascribes no good, nor is she arrogant or presumptuous. She is not contentious. She does not prefer her own opinion to the opinion of others, but in every matter of sense and thought submits herself to eternal wisdom and the divine judgment. Nature has a relish for knowing secrets and hearing news. It wishes to appear abroad and to have many sense experiences. It wishes to be known and to do things for which it will be praised and admired.

But grace does not care to hear news or curious matters, because all this arises from the old corruption of man, since there is nothing new, nothing lasting on earth. Grace teaches, therefore, restraint of the senses, avoidance of vain self-satisfaction and show, the humble hiding of deeds worthy of praise and admiration, and the seeking in every thing and in every knowledge the fruit of usefulness, the praise and honor of God. She will not have herself or hers exalted, but desires that God Who bestows all simply out of love should be blessed in His gifts. This grace is a supernatural light, a certain special gift of God, the proper mark of the elect and the pledge of everlasting salvation. It raises man up from earthly things to love the things of heaven. It makes a spiritual man of a carnal one. The more, then, nature is held in check and conquered, the more grace is given. Every day the interior man is reformed by new visitations according to the image of God.

[resources: The Imitation of Christ]