With prayer we can prevent disaster.

God has allowed warnings to take place, but that's all they are at this point: warnings, or perhaps we should say "signs."

That was the message given to a seer from Medjugorje (upon which the official Church, represented by a committee of national bishops, has not yet ruled) when last Saturday the visionary reported after her annual birthday apparition that the Blessed Mother told her, "only with total interior renunciation will you recognize God's love and the signs of the times in which you live," adding that "you will be witnesses of these signs and will begin to speak about them." 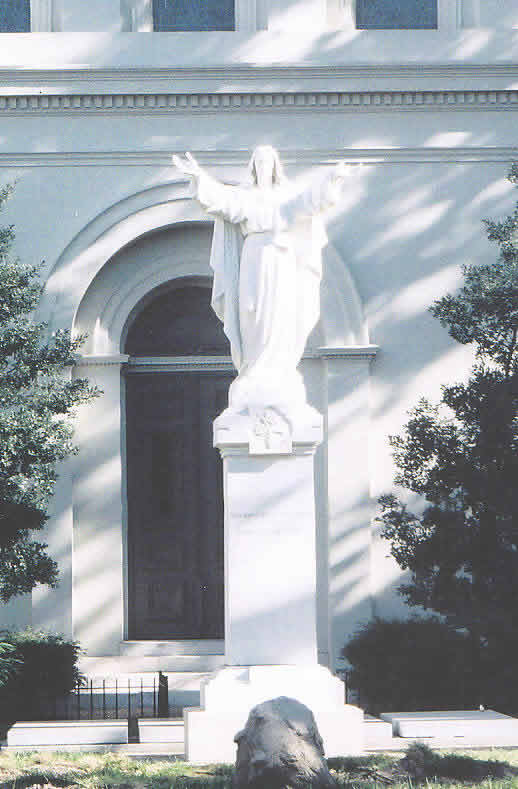 This was very unusual language for the Blessed Mother, for while such had been used in the early days of the apparitions -- which celebrate their 25th anniversary this June -- in recent years the messages have been extremely low-key with only general (and subtle) spiritual direction.

Not so on March 18 to Mirjana Dragecvic-Soldo, the visionary who received the above words and also the first seer to receive all ten alleged "secrets."

We are not obligated, of course, to believe in this. And I respect those who don't. Yes, tens of millions have traveled there -- the vast majority, including thousands of priests, as well as hundreds of bishops, reporting profound spiritual transformation. And, yes, its supporters, beyond any further doubt, included John Paul II (such has been discovered in his handwritten letters since his death).

But we do not have to accept such prophecies -- and in fact we are not sure where the current Pope stands. We will abide by whatever decision that the official Church, which has placed it in the hands of a national commission, renders.

But thus far there is no ruling and intriguing is this message at a time as such things as war and famine and events like "Katrina."

Although, in recent years, it has been extremely rare for a Medjugorje seer to discuss the world in the context of prophecy, this time there seemed no mistaking the pertinence.

"Whenever a person turns to the Lord the veil is removed," says Corinthians 3:15, in confirmation.

Self is the "old man" to be crucified with Jesus.

As long as we have self, we are "blind" to the extent of its presence.

And so we all work at this inner purity as the prophetic pulse throbs around us.

And throb it does. God is sending many signs. Example: According to the Philippine Daily Inquirer, three days before a recent and severe landslide there, "an unidentified old woman told the people in several barangays in St. Bernard that tragedy would strike, said Stephen Garvez, who lives in a nearby village.

"One of the people who was approached by the woman was a school teacher. But no one believed her. Instead, the people laughed at her. Nobody knew her because she was not from the town." When Garvez went out of his house, he felt "a slight tremor" in the ground. Then came the disaster.

There are many likewise prophesying. Some we believe. Some cause skepticism. A great storm is coming, they seem to say -- in all branches of Christianity. But will it be an actual "storm"?

There are signs and pre-signs everywhere. We are called to consecrate our cities. Please take this as a warning. Consecrate. Urge your priests.

"In 1995, Ann Doherty, a very religious lady with a Divine Mercy Shrine in her backyard, felt called to visit the city," notes a Catholic activist named Nancy Albert. "While here she visited our French Quarter and upon her return home, called and informed me that we must start praying for our city and we needed to pray right away. Because of the witchcraft, voodooism, satanism, and the many other sins that are magnified in our Quarter, our city was in grave danger."

And so it was, as we saw last August.

Indeed, if New Orleans had not gotten hit, it would have been more amazing than what transpired.

Consider the stunning display of Christian hatred during one recent Mardi Gras.

As Nancy documented: Transvestites and others decked themselves out in costumes looking like the Blessed Mother but with signs that said “Pizza Slut.” The Sacred Heart was mocked as Jesus with the mask of a court jester. They called this “Da Goofy Guy” on his entrance into “the New Jerusalem” (a.k.a., the French Quarter), and there were also mock nuns with women who were clad scantily. Huge demonic faces made of paper mache smiled above placards shaped like tablets that said, “Steal, lie, covet.” Women with a satanic glint wore plastic utters and signs that said, “Blessed are the cheesemakers.” Mocking a famous statue in New Orleans known as “Our Lady of Prompt Succor” – long used against fires, storms, and invasions – was a woman in a costume with bare plastic breasts that said, “Our Lady of Very Prompt Succor.” A long-haired man smiling foolishly to mock Jesus and with a crown of thorns had his arm around a woman who had the distinct look of a witch.

I hate to even mention this. And I could go on. As Nancy says, this is a city with so much good and so much bad -- like so many other cities. Phenomenal Catholics!  But I happened to be there, speaking about signs of the times, when the Medjugorje message came -- which I took to be "sign" itself.

The devastation! Piles of rubble. Entire supermarts swept away. Miles after mile of ruin.

Those with eyes to see, see it.

Those who have "scales" do not.

All of us have work to do in our own backyards -- and in our own homes, in our own souls, in the conscience brought to illumination during the powerful days of Lent.

As for cities: let us pray that New Orleans not be damaged again (the next time would be a final time) and also for are cities like San Francisco and New York and Tampa and -- well, the list goes on.

In New Orleans, Nancy and her group are contacting politicians, adoring Jesus in the Blessed Sacrament every First Saturday, going to regular Confession, reciting novena for the conversion of the city, praying the Rosary in the French Quarter, and spreading St. Benedict medals.

Encircle your town with blessed salt. Consecrate it. Consecrate your homes. Drive around, spreading sacramentals. Seal every corner of your municipality. And pray, pray, pray.

If you do you will not regret it in the days and years that loom straight ahead.

[photo is statue of Christ that survived in downtown New Orleans]