The sad tragedy that is still unfolding in Asia represents the most striking event thus far in a series of events that had been foreseen as intensifying in what the Blessed Mother has called our "special times."

Even those who normally disdain the prophetic component of the Church have been given pause at the stark images of unusual destruction, which secular newsmen have compared to biblical disasters.

It is the images, as during September 11, that have captivated the world. It is not the worst natural calamity on record. There have been earthquakes in China that killed up to 800,000. There was the huge disaster in Bangladesh, when -- on Friday the 13th, 1970 -- a cyclone caused flooding that led to the deaths of 300,000 to 500,000. In the U.S., there was the great San Francisco quake in 1906, and the devastation of Galveston, Texas, a few short years before.

But the "Great Christmas Tsunami" of 2004 easily sails above those later ones in proportion -- affecting as it did at least eleven countries -- and stands as the most remarkable natural disaster in our lifetimes, made more so by its conveyance via the electronic media (especially the internet) and its juxtaposition with many other unusual events.

Its timing is indeed curious. While seismic activity was unusually quiet on Christmas Day itself, it exploded with terrific force as the final time zones celebrated the birth of Jesus and brought to mind one of the last major earthquakes of this magnitude -- a 9.2-tremor that occurred on Good Friday in 1964.

The 2004 tsunami may well turn out to be the most famous in recorded history, harking back to major natural cataclysms in the Middle Ages -- when there was also a rise of prophecy, freakish weather, Church crises, pervasive evil, rationalistic materialism, and a resultant purification that affected the evil and good alike (as purifications are wont to do).

Before that was the great eruption of a volcano on the island of Thera in 1500 B.C. that may also have sent a massive tsunami across the Aegean and destroyed the Minoan civilization. There was also the eruption of the Krakatau volcano in the Sunda Strait near Java on August 27, 1883, killing 36,000 with a tsunami and changing global patterns of weather in a way that led to famine and disease for years after. The explosion was heard 2,900 miles away and caused a glow to be seen as far away as Connecticut -- as if to fulfill a prophecy at the church-approved site of LaSalette in France, which spoke of climate change and a volcano.

Now, with the Christmas quake, is also the prophetic pulse. The Asian event comes on the heels of other extremely unusual patterns. The year 2004 saw an unprecedented hurricane season, freakish storms in Europe,  a record tornado season in the United States, outbreaks such as SARS, dramatic evidence of climate change, and the greatest assault by typhoons on Japan in its entire history -- to name a few. Even before the tsunami, it was the most costly year on record for insurers.

And so, with those who have ears, it seemed like a ratcheting up, just as last summer's hurricanes seemed like an intensification of what was seen with Hurricane Andrew and the heightened activity in the 1990s and just as the great "northeaster" storms of the early 1990s turned into the "perfect storm" and other huge weather situations and how now flurries of minor quakes (quakes that in places like Japan, the Philippines, and the Cayman islands, occurred in curious conjunction with cyclones) have concatenated into the greatest earthquake in forty years.

The Asian event is doubly interesting in the light of Catholic prophecy. As in the 1300s, a swarm of seers has been warning that there will be great natural disturbances, and "secrets" from the apparition site of Medjugorje in Bosnia-Hercegovina are said to contain predictions of major disasters that some speculate may include such natural events. 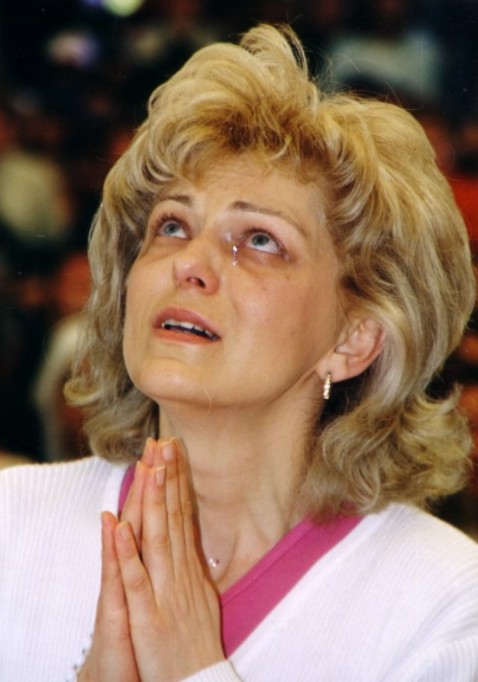 No one knows but the seers, yet it is interesting that just several weeks ago one of them, Mirjana Soldo, related an alleged message in which the Blessed Mother pleaded for prayers in an unusual way; "I am calling you, I need your help!" the Virgin Mary was said to have relayed urgently).

It was this same seer who in 1985 indicated that the first of the secrets she was granted involved an event that would occur in a particular region of the world, but would immediately be known around the world, shocking people. When asked by a priest if people would rush to see what is in her first secret, she replied that they would no more go to that than "go to Italy and see a dam collapse."

There is no indication that the tsunami was part of her secrets, which are supposed to be announced in advance, and no indication either whether the first secret -- which is said to mark the end of Satan's special power -- will be larger or smaller than what occurred in Indonesia Sunday. Later events, described as "chastisements," are expected to be much larger. "It will make the world pause and think," she said of her first secret, adding that the secrets could unravel in rapid succession.

The late seer Maria Esperanza of Venezuela warned repeatedly that "disturbances in nature" were coming, and saw a "beginning" of a new period involving them as occurring in 2004. Esperanza also warned that the earth's core "is not in balance," and saw the coming events as the beginning of a major purification that during the next several decades would bring love and reconciliation to the world, along with a major supernatural manifestation. The "1990 prophecy" related on this website saw chastisements occurring on a regional scale, followed by a  supernatural occurrence.

Whatever the credibility of such predictions, there is no question that we are in a special time and that -- at least during 2004 -- it seemed to get more special by the moment -- for those who have the ears to hear [Matthew 11:15].