TORNADOES, QUAKES, AND NOW A CYCLONE STAND AS GLIMMERINGS OF FUTURE EVENTS

There is volcanic smog blanketing Hawaii. A Chilean village has fled a volcano. More than fifty tornadoes sighted in the U.S. More quakes in the Midwest. Fires again in the West. Everywhere, swerves in weather. Ravens on a killing spree (in England). Spiders close a hospital. This all in less than a week. Nature upset?

So quick and severe are disasters of late that the destruction of at least 22,500 lives and possibly 60,000 by a cyclone in what once was Burma (near Thailand) was not even the main headline in many U.S. newspapers (yet its toll may be more than thirty times "Katrina").

We have become inured. We have gotten used to what formerly were major happenings. We used to hover over quakes that killed several thousand. And now in Mynamar is the biggest loss of life since the 2004 Asian tsunami. 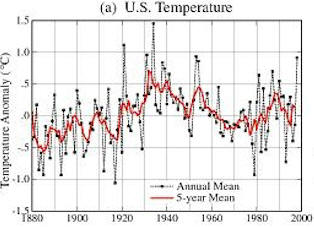 Many, many matters in convergence. In the United States, a new chart showing weather trends looks more like a coronary graph than temperature anomalies.

There is the economy. Oil may hit $200 a barrel. The price of eggs has doubled. There is the politics. No one seems to know which way it will whipsaw. There is turmoil in religion. There are all kinds of strange phenomena reported. Remarkably, even the staid media -- The Wall Street Journal -- are running headlines such as, "Do you need to stock up the bunker?"

"In the 1950s and 1960s, bunkers were a feature of many American suburban homes, populated by families fearful of the prospect of nuclear war," said BBC. "That threat has subsided, but now many reasonable people are stocking up on essential supplies in preparation for a new cataclysm."

It is a remarkable time -- with now the "religious" folks who once stood alone as warning of future events acting as the most cool and collected. No panic there. No hoarding. They know that with prayer will come protection.

Events and trends will unfold and there is going to be a change in landscape.

The Lord lets us know this. He is alerting. He is "cleansing." Good changes -- but fundamental ones -- are on the horizon.

The rumblings are above -- 11 tornadoes last week in Arkansas -- and below -- the rattling of a quake in Chicago. And a small one too in Washington, D.C. Tuesday. (Politics, anyone?)

There is war -- sad, sad loss of life, against the Will of the Lord. There are hospitals now where in one section they fight to save premature babies while in another part they terminate the lives of unborn that are at the same stage of development. In Newsweek, there is discussion of the end of the American Era. There is the rise of India, China. There is the dollar falling against the euro. "Wheat Crop Failures Could be Total, Experts Warn," reports MoneyNews.com.

The secular press has become the doomsayer with the bullhorn in Times Square -- taking the role of those whom it used to ridicule.

These are glimmerings even if it is also overly dramatic. These are hints. According to the Food and Agriculture Office of the United Nations, approximately a quarter of the world's global wheat harvest is currently threatened by a fungus. It's in Asia and Africa now but "scientists fear that the spores could spread on the wind and reach the U.S. and Canada or Europe," we are informed. New influenzas are rattling the medical profession -- those same hospitals where they do abortions -- as bacteria have mutated in such a way as to resist known anti-biotics.

Those hospitals have become unsafe not just for the unborn but now (with staph) adults as well.

This is something to watch: two events as large or bigger than "Katrina" followed by an epidemic. We can take such in prayer and have peace about it.

Are there connections to sin?

Myanmar is notorious for prostitution -- including the child sex trade -- and for astrologers. It has become a stronghold of Communism. Such doesn't bolster spiritual protection. "Girls kidnapped in Myanmar are often sold to middlemen in Thailand, who then resell them to brothel owners in Malaysia and Singapore," says a report. "Hill tribe girls from Myanmar are highly prized for their beauty. The prettier ones are often resold to brothels in Hong Kong, Taiwan and Australia. Sex junkets from Japan often frequent such brothels."

Know this: nature reacts to us more than we understand. Spiritual darkness can erupt in the realm of the physical. The Bible says this.

A great, challenging time to be alive -- for those whose protection is the Blessed Mother.

It is said that in the 17th century she appeared to several Jesuits in Naples and foresaw an eruption of Mount Vesuvius. When we look it up, we note that Mount Vesuvius spewed lava in 1631. If that was after the apparition, we thus see the tie between the mystical and geological.

Momentously, an apparition of her that dates back to that same century of the 1600s was granted rare approval this week -- not just in a tacit local fashion, but with dozens of bishops and cardinals in attendance at a spot in the Laus Valley of France (south of LaSalette, where the Blessed Mother warned of disease and famine). It is now just one step from the highest rank of approval -- visit by a pontiff.

Is there any truth to the report that there is also a prediction which states that the extraordinary events and message of Laus would be forgotten and ignored by the world for a very long time? "However, word of Laus would re-surface, the prediction states, at a point in time when the End Times were close at hand," one conservative Catholic website, writing of Laus, reported in 1995 (for your discernment).

The question: was the prediction made by the actual seer at Laus, Benoîte Rencurel (we have not yet seen it in historical accounts), or by someone else?

Perhaps more to the point is the anonymous 1990 prophecy which said that events would come such that "many inventions of mankind will be broken down and there will be more of a peasant attitude and way of life everywhere." It will be a purification, it asserted, of a "false society," a society that thinks "of the changes in very simple ways, without realizing the fundamental mistakes of mankind."

Now look at a headline two days ago from Mynamar: "Cyclone plunges Myanmar into primitive existence."

Ignore that, and events will frighten you, when they come.

Go with God, and go fearlessly.