Recently we ran an account by a woman who found God working through a beggar. He was of actual flesh and blood. But there are other cases that seemingly, and sometimes clearly, are beyond the normal things of this world.

Often, they have to do with "mysterious strangers" who, it seems, solve various and sundry car problems -- sometimes dangerous ones.

"Around 1983, my morning routine included driving my children to a daycare school before going on my way to work," wrote Marianne from Glenmont, New York. "After leaving them off, the road I used everyday crossed over an old bridge that went over a deep ravine. Each day I had a bad feeling using that bridge, but any alternate route would have been extremely inconvenient. To calm my uneasiness I would always say an Hail Mary as I drove over it. If traffic was bad, I ended up sitting on the bridge saying Hail Marys continuously until I was off it.

"One day the morning commute was made more difficult by a bad rainstorm. Consequently, the traffic was bad and the cars were moving very slowly -- many Hail Marys were said! My car was an old Ford hand-me-down from my parents; sometimes it would stall out. On this specific day, as I reached the end of the bridge, it stopped. It wouldn't start, so I put it in park. But when I took my foot off the brake the auto started rolling backward toward the ravine as I was on a steep incline. I engaged the emergency brake, but this failed to keep the car from rolling so I needed to keep pressure on the brake with my foot! My leg was getting tired and I was starting to feel panicky.

"It was at this exact moment that a man with beautiful blue eyes came to my window and told me to put my car in neutral so he could tow my auto up the hill to level ground. He didn't ask if I needed or wanted help, he just knew it. His truck was an old thing and not a 'tow truck.' Yet he had a chain to attach for towing. Before I knew it, we were at the top of the hill (even though the hand brake was stuck) right next to a Howard Johnson's restaurant where I could phone my husband. I was so grateful that I offered him money for his kind assistance, but he refused it.

"I never forgot the 'man' who was there at a critical moment when I desperately needed assistance. He was an answer to my prayers and I felt he had been sent to me by Mother Mary -- an angel.

"Now, just when you would think this was perhaps a coincidence, let me tell you about another incident with a similar 'man.' Fifteen years later, one of my children was driving home from a college night class when her tailpipe fell and was dragging on the ground. It was on a highway and she didn't know what to do except to say a Hail Mary. Just as she pulled over to the side of the road and was beginning to feel panicky a man with blue eyes in an old truck stopped to help her. He just happened to have a coat hanger to fix the problem. Before she knew it, he was done and gone. She came home and told me that 'my angel' had just helped her too!"

It is something to perpend as we approach the feast day of the angels!

From Bonnie Lay in Exton, Pennsylvania comes another case involving a car crisis.

"It was a very rainy day and I was to be the luncheon speaker for the Georgia Hospital Association at the Calloway Gardens Resort," Bonnie tells us. "I lived in Atlanta and I drove a bright orange Fiat Spider sports car. Periodically, the oil gauge would drop and I would just need to put more oil in the car. I turned off the highway onto a four lane road. Two lanes  going and two lanes returning separated by a huge gravel gulley with a lot of pine trees. There was no way to turn around. 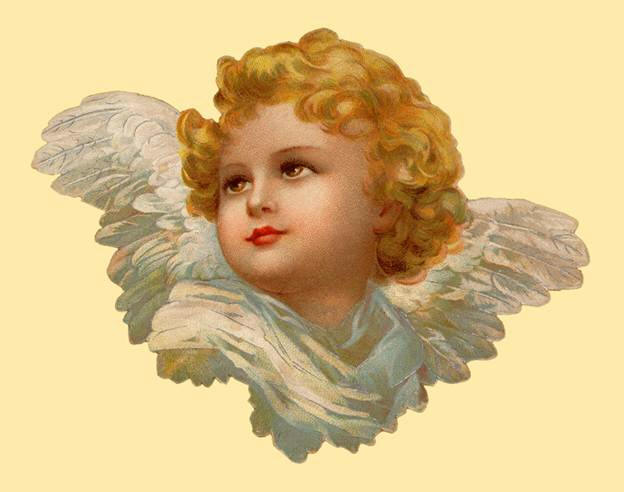 "Well, it happened, the oil gauge dropped and my car ceased. I couldn't get out as I would get soaked and I had ten more minutes to get to the resort. I fervently prayed for help. Up drives this purple Cadillac, the kind that had those 'fins' on the sides. The car had a license plate in the front stating 'God is my co-pilot.' A Chinese man came out and came to my car. He had on a baseball cap. I asked him if he had any oil. He said 'open the hood.'

"The Fiat's hood is opened from the glove box and I slunk down to see if I could see what he was doing as there was a little space from the open hood and the windshield. He was monkeying with the wires and motioned for me to turn the engine. It started. I said, 'Praise the Lord,' and he said in a pigeon English: 'Pwaise the Ward. Au-way- wu-ah!' He followed me and I was watching him in my rear view mirror. There was a bend in the road to the right and I looked again and he was gone!

"There was no way he could have turned around and crossed that gravel gulley. I suppose the moral of the story is: "Always have your wires connected to the correct source."

Mysterious strangers are one thing. Can they come in other forms? And how would you feel if you were in trouble near swampland famous for alligators?

"A few years ago a friend told us a story which was quite incredible," wrote a final viewer. "The family lived in Florida and had a home in the Everglades. One night the wife was driving home through the Evergaldes when her car stopped. Since the area was quite isolated, there were no street lights or any other lights which could guide her down the road. Fearful of stepping off into the water or encountering an alligator on the road she prayed for God's help.

"Shortly after her prayer she felt something warm touch her hand. Although startled she reached backward and realized it was the nose of a very large dog. The dog moved forward so that she could reach its back. Once she was holding the dog it began moving and took her to the house without any hesitation. The porch light was on and cast a light out into the road. It was at the edge of the light that the dog stopped. Still overcome about what happened the only thing she could think of was to get it some food.

"When she reappeared with something for the dog, she realized it had disappeared.

"From that day until she left she never saw the dog again."

[Next: angels that have led to marriage]

[Retreat in San Diego, Special seminar in L.A., Retreat in Boston: signs, healing, protection, and Announcing a retreat in Atlanta]

[Let us know your accounts of angels]